Is there any significance to 'Fantastic Beasts' taking place in the year of Voldemort's birth?

Fantastic Beasts and Where to Find Them takes place in 1926. At the end of that year, the wizard who would come to be known as Voldemort would be born.

It seems odd to pick the same year out of a hat twice like that. Is there any significance to this that has been revealed thus far?

This appears to be a case of the tail wagging the dog. JKR wanted to have sufficient space to tell a long story, one that in her mind spans 5 movies and runs for nearly 20 years, leading up to Dumbledore's iconic duel with Grindlewald in 1945. That being the case, 1945 - 19 = 1926.

Originally, to tell you the truth, we said a trilogy as a placeholder. We wanted to be honest with people that it was going to be one movie, but we were feeling our way. And then there came a point in the drafting of the story where I said to David, 'This feels like five movies.' And I'm feeling pretty certain about that. It's ambitious to tell it in five because we're spanning 19 years. But I can see an arc. So, that's how it happened, it came out of the material.

J.K. Rowling Confirmed The Timeline Of Fantastic Beasts, And This Could Be Huge

In the first movie, no significance is apparent.

Nothing about a future Dark Lord being born is mentioned anywhere in the movie, and none of the events have any particularly clear parallels to anything significant that happened in his life. Credence is an orphan, as was young Tom Riddle, and Grindelwald was rising to power, as Lord Voldemort would later do, but nothing that happened is clearly related to him.

However, there are going to be 4 more movies so it may be shown to have significance later.

Later in the series, though, it may be revealed that the year did have some kind of significance, although none is apparent now. It may be a purposeful detail that we discover later in the series. However, it may also mean nothing, or the date in itself is simply a reference to the Harry Potter series, and has no further significance past that.

It seems likely that choosing 1926 means something, even if it's just a little Easter Egg.

The choice of Lord Voldemort's birth year may have been simply a nod to it, even if it doesn't tie together into a bigger story, like how Newt Scamander appeared on the Marauders' Map in the movie of Harry Potter and the Prisoner of Azkaban. 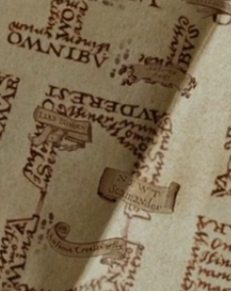 91
Why was Newt Scamander's name on the Marauder's Map when Fred and George gave it to Harry?
35
How could MACUSA exist in 1693 or be in Washington in 1777?

20
How did Newt know?
26
What wand was used by Mr Graves at the time of Fantastic Beasts?
18
Was Newt Scamander at some point the real master of the Elder Wand?
22
Why is the in-universe publisher of "Fantastic Beasts and Where to Find Them" called Obscurus Books?
20
Can wizards and witches be Obliviated?
24
Who is the Professor McGonagall in The Crimes of Grindelwald?
61
Why didn't Voldemort know what Grindelwald looked like?
6
Why was Newt banned from international travel?