Who was the first Marvel superhero who was an active part of two different superhero teams?

I want to exclude superheroes who were in one team and later in another (I'm thinking in Hulk, who was an Avenger first and a Defender later) 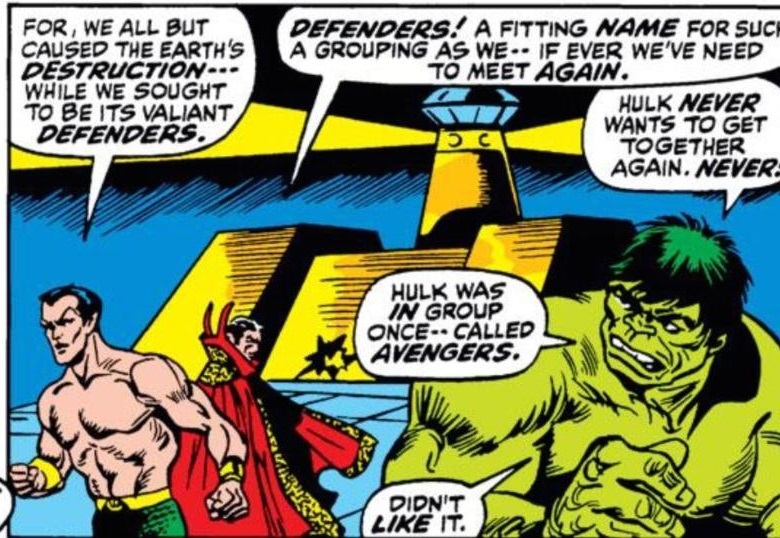 Only the first hero who was active part of two teams at the same time.

I will accept answers that are based on Marvels fictional timeline, but I prefer answers with the comic book's publication date.

There is a related question here:

Can someone be on multiple superhero teams?

It's mentioned in passing in Giant-Size X-Men #1 (May 1975) that Beast had at some point left the X-Men. https://marvel.fandom.com/wiki/Giant-Size_X-Men_Vol_1_1

He stays with that team through the remainder of its run, before they disband in Defenders #152 (Feb 1986) (a Secret Wars II tie-in). https://marvel.fandom.com/wiki/Defenders_Vol_1_152

From there Beast immediately joins the re-formed X-Factor in X-Factor #1 (Feb 1986) along with his long-time Defenders (and previously X-Men) teammates Angel and Iceman. https://marvel.fandom.com/wiki/X-Factor_Vol_1_1

It turns out that all Hank's team memberships throughout the 70's and 80's were entirely sequential and never overlapped. I'm actually quite surprised.

In Avengers #300 (Feb 1989), during the Inferno crossover event, Sue and Reed Richards apparently joined the Avengers for a while: https://marvel.fandom.com/wiki/Avengers_Vol_1_300

However, they were not in the Fantastic Four at that time, cf. https://marvel.fandom.com/wiki/Fantastic_Four_Vol_1_323

So this is a near miss - even though the cover art does show them in the iconic FF unis.

3. It's also not the time the Thing was briefly in West Coast Avengers (June 1986)

But this occurred during a period of his absence from the FF (replaced by She-Hulk): cf. https://marvel.fandom.com/wiki/Fantastic_Four_Vol_1_291

Marvel relaunched the Defenders as Secret Defenders in March 1993 where Dr. Strange recruits various teams of heroes to face individual threats. Wolverine is featured in the first three issues. Assuming one counts this as superhero team membership, this is another Wolvie cross-team situation. https://marvel.fandom.com/wiki/Secret_Defenders_Vol_1_1

...And then I remembered this one. One of the few times my young self bothered to purchase a few issues of FF.

A Skrull KO's the entire FF and recruits a "new Fantastic Four" to serve in their stead, leading to a three-issue arc where Hulk, Spider-Man, Ghost Rider and Wolverine comprise the team. https://marvel.fandom.com/wiki/Fantastic_Four_Vol_1_347

So it may or may not be the first instance, but at worst we have an endpoint from which to work backwards. On another personal note, this arc features some really incredible pencils from Art Adams.

I couldn't find any instances earlier than this!

If you you consider the Inhumans a "Superhero Team" (I do not), then the answer is Crystal, who officially joins the Fantastic Four in FF #81 (Dec 1968), presumably coincident with her 'membership' in the Inhumans. https://marvel.fandom.com/wiki/Fantastic_Four_Vol_1_81

1) It's possible that The Beast (Hank McCoy) didn't stop being considered an X-Man when he was in the Avengers;

2) Mr. Fantastic's brief stint with (again) the Avengers, but that was much later.

Not the answer you're looking for? Browse other questions tagged marvel comics history-of or ask your own question.

6
Can someone be on multiple superhero teams?