Why did Lannisters send Alton back to Starks camp after he came to King's Landing?

Alton Lannister appears in season 2 of Game of Thrones. He's sent by the Starks to King's Landing to bring Robb Stark's peace terms.

After his arrival Cersei tears up the paper and sends him back to Starks' camp to deliver the crown's answer.

My question is: why did they send a Lannister, a member of their own family, back to the Starks, so that he could be their hostage? Wouldn't it be better to sent just a less important common sellsword or seriously anyone else but Alton? 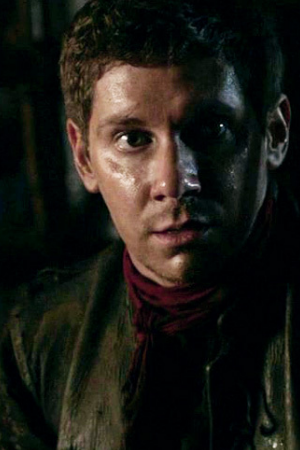 This decision costs the Lannisters a life, cause Alton is later killed by Jaime, who wants to escape from the camp. If they sent another person, Alton Lannister would be alive and well.

It's not made clear. It's possible Cersei assumed that a Lannister would be put in the same cage as Jaime, giving Jaime a change in situation he could use to his advantage. It's also possible the show's creators didn't really think it through, and wanted us to have a brief connection to the character (via his squire story) before killing him.

It isn't Alton Lannister who makes the trip; it's a different Lannister cousin, Ser Cleos Frey. The difference is slight, but crucial: Ser Cleos swears to the Starks on his honor as a knight that he would return, after delivering their terms, to become their captive again. Cersei and Tyrion (the acting Hand of the King at the time) know they have to send someone with their counterterms, and Ser Cleos wants to keep his oath, so he returns to the Starks.

Oh, names they are such a confusing thing... I chalk this up to another "don't confuse the audience with similar names" with a mix of "give more important characters the important things to do" effort. In the books it is Ser Cleos Frey who is replaced by Ser Alton Lannister.

Cleos of the books has some exciting adventures. When he returns to the Stark camp he is the one to bring Ned's bones (a duty given to Littlefinger in the show). He does also help Jaime escape, but not by being murdered (it involves Brienne and the boat). Ultimately Cleos is killed during this trip, rather unceremoniously.

So from the show's perspective it keeps the having to keep an extra actor whose fate as a minor character ends up the same. Making him a Lannister prevents confusion and having to be told

Your grandfather Lord Walder pledged me his support and that of House Frey. Many of your cousins and uncles rode with us in the Whispering Wood, but you chose to fight beneath the lion banner. That makes you a Lannister, not a Frey.

A Clash of Kings, Chapter 7, Catelyn I

31
Why did Robb attack Tywin Lannister's Army at the same time as his surprise attack on Jaime?
25
Confusing movements of Lannister Armies under Jaime and Tywin?
28
Why did Ser Gregor kill Ser Hugh?
30
What's the big deal with the Tyrells controlling Westeros?
2
Why does Lord Bolton send Jaime Lannister back to King's Landing?
10
Do we ever find out who sent the catspaw after Bran in the show?
10
How could Cersei arrange for the King to raise Jaime to the Kingsguard?
21
Why did Dany decide to torch King's Landing after the bells were rung?
5
Why does Tywin Lannister send Tyrion to King's Landing to be Hand of the King instead of himself?