To illustrate a particular point about the evolution/stagnation of the superhero genre, I've been trying to find a particular origin story that I thought I read on Kent Orlando's "Unca Cheeks the Toy Wonder" website long ago. The problem is, that original website is long gone, and though parts of it have been preserved, those parts don't match what I thought I remembered reading.

I'm going to describe it as I remember it, but I'm quite aware my memory may be flawed:

The superhero described was MLJ/Archie Comics' "The Web" -- specifically the 60s revival of the Golden Age character, a revival written by Superman co-creator Jerry Siegel. As related by Orlando, his hero origin was basically: he was in a house alone when criminals who meant him harm came in. He called the police. The police came and caught the criminals. This triggered a Profound Insight about how interconnected everyone is, and so he decided to put on a costume and fight crime as The Web.

Besides my faulty memory, there's other reasons why this might not be the actual real origin of The Web:

Is this the actual origin story of this character? If not, is there another character that it matches?

As seen in Zip Comics #28 (which you can read online here), John Raymond was inspired by the arrest of his brother to become a criminologist and a Professor of Law 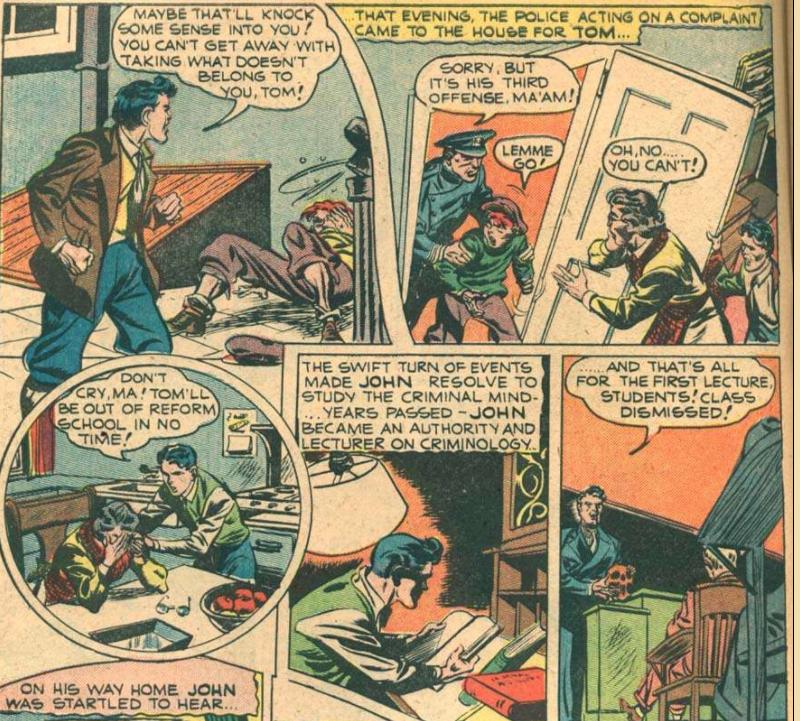 Later, his brother decides to get revenge on him, cutting his phone lines before attacking him in his home. With the lines cut, the police are unable to call him and send a squad car, who promptly subdue and capture his brother. 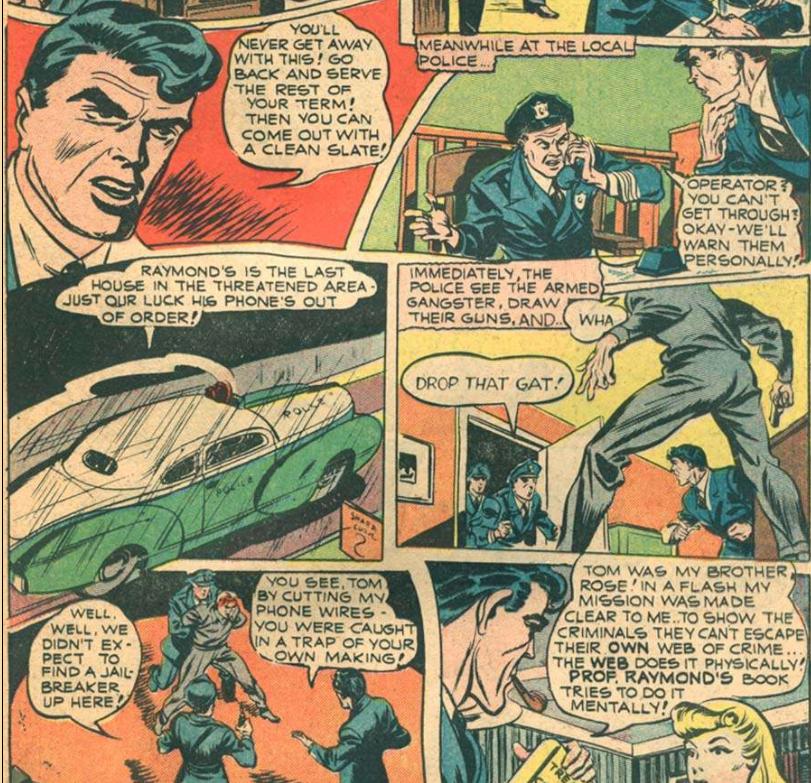 John decides that he should use his detective skills and understanding of "the web" (of coincidences that always lead to a criminal being caught) to his advantage and become a superhero.

Not the answer you're looking for? Browse other questions tagged character-identification super-hero or ask your own question.

8
Story Identification: 5 people with special abilities, one who is immortal, and a plan to revive all the Jews killed during the holocaust
22
Who is this character, wearing a space suit with a big hole in the upper torso?
31
The Collector shows the GOG footage of a huge guy destroying a planet with the Infinity Stone. Who is this?
5
Who are the first Superhero and Supervillain with costume and dual identities?
30
Who is this superhero/villain in the picture?
7
Comic character from the 90s who resembled Spawn
13
Comic-book: Kids find a dead female superhero in the woods
4
What was the first retconned superhero origin story?