Probably published in the 90s. I read it sometime in 2001-2003. The Main Character (male) has these recurring dreams in which mysterious people in lab coats are doing experiments on him. The dreams were actually memories - I think he ends up being an alien? It's a series, and the main focus from what I remember is him trying to figure out who/what he is and where he came from. He spent much of the time on the run I think? Either from government or maybe the lab coat people. 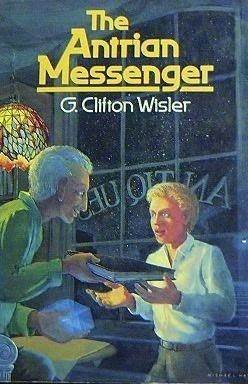 The Antrian Messenger by G. Clifton Wisler. It is indeed part of a trilogy.

Scott's always been a pretty ordinary kid--so he thinks--but when certain odd occurrences keep happening to him, he is left with tons of questions. Why is he having premonitions, and what will he sacrifice if he dedicates himself to stopping the disasters he's dreaming? Before long he uncovers the truth of his origin: he is not human, but Antrian, and an older and wiser companion named Tiaf is ready and waiting to teach him about his heritage (and his prophetic abilities, among other things). But he soon realizes he can't both fulfill his destiny and live a normal life with his family, so he has to make the hardest choice of his life--and once he chooses, he can't go back.

Not the answer you're looking for? Browse other questions tagged story-identification aliens young-adult or ask your own question.

23
Looking for two stories about a telekinetic boy