Why didn't Ego create another copy?

In the movie Guardians of the Galaxy Vol. 2, Kurt Russell's character is a fabrication of energy (the Light). So in the end when he is fighting Star-Lord (Peter Quill), when there is a bomb ticking, why didn't Ego create another fragment that would save him?

I even thought about a possible explanation: because Peter was controlling the Light, Ego couldn't. But Kurt's character was still healing, so both had access to the Light.

So what could be the reason?

Ego started as a planet and using his knowledge, he created layers which led to a planet like entity. 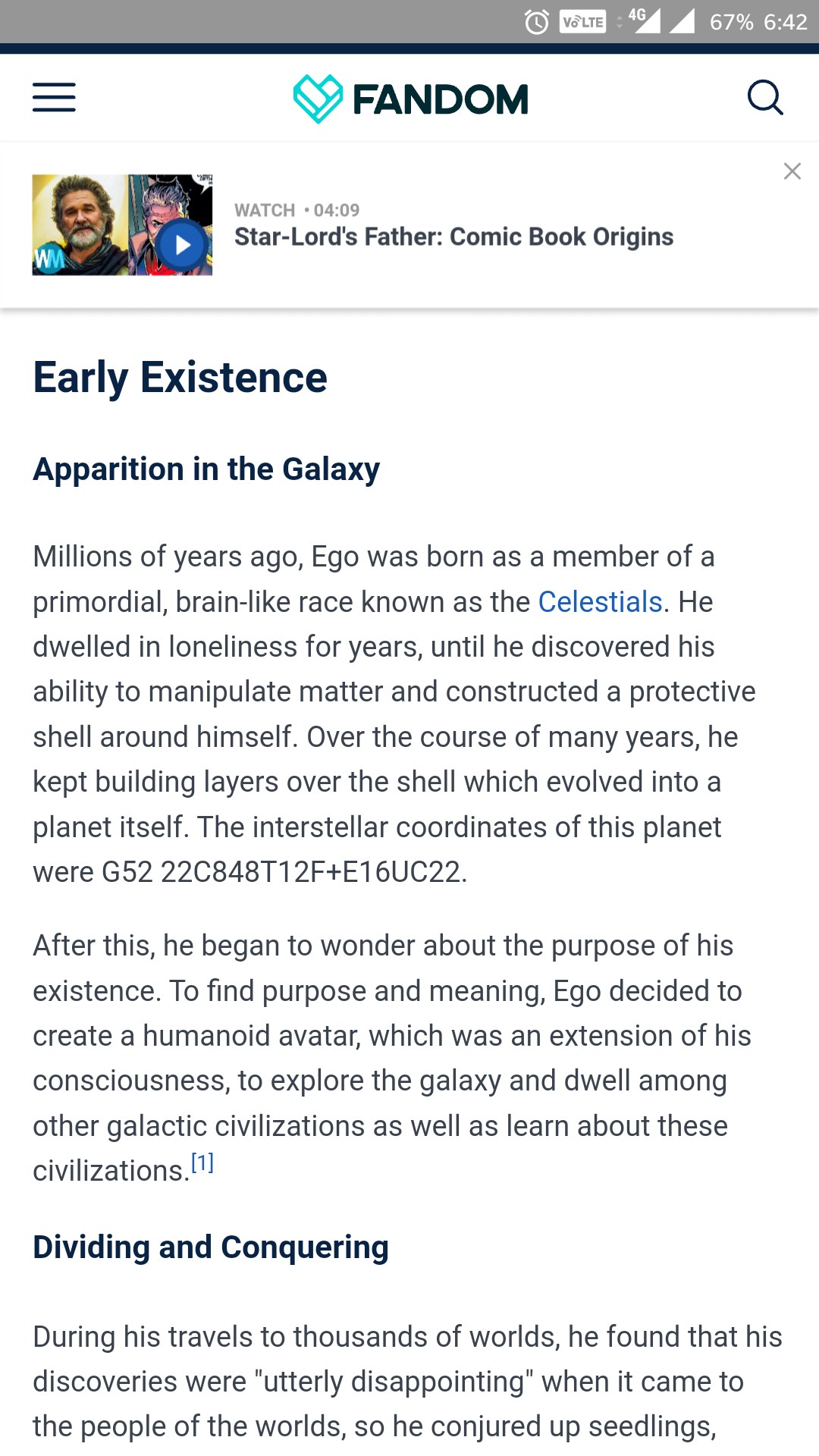 Ego's brain is the structure that determined whether Ego was alive or dead. Creating another body would not save the brain, which was inside the core of the planet.

Note that Ego emerged as pure consciousness in the distant past, and that Ego's consciousness created the brain inside Ego's planet as a tool to assist in his work.

A better question might be why Ego did not create more than one brain or more than one planet, each with multiple brains. Perhaps in a future reboot, he will. But in this incarnation Ego chose to extend by planting seeds across the galaxy.that leverage the energy flowing through a single brain core on his single home planet. This left Ego vulnerable to the bomb that baby Groot is placing in the photo in the following link:

24
Why did Ego's human form age normally?
13
Can Ego read minds?
6
How was Ego born?
12
Why did Ego not collect his children himself?
15
How could Ego know what humans are before he has met another life form?
9
Is this supposed to be a Little Prince reference by Ego?
2
What prevented Ego from saving himself?
5
Why did Ego need to return home every now and then?
63
Where are Drax's nipples?