Is there a pseudo-scientific explanation for Vision's ability to pass through walls?

In Age of Ultron, we learn that

We know why vibranium can be made to pass through walls (because we know what the Mind Stone is) but is there an in-universe mock-science explanation within the comics and/or movies of how the Mind Stone enables him to do this? 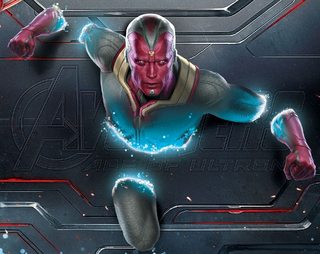 According to the Marvel wiki, which cites Avengers #332:

By interfacing with an unknown dimension to which he can shunt and from which he can accrue mass, thus becoming either intangible or extraordinarily massive, the Vision can change his density, which at its lowest allows flight and a ghostly, phasing intangibility, and at its heaviest, a density ten times greater than that of depleted uranium, which gives him superhuman strength, immovability, and a diamond-hard near invulnerability.

Notice that, in the comics, Vision's Solar Jewel isn't, as far as I'm aware, identified with

the Mind Stone or other Infinity Gems.

The Solar Jewel just absorbs sunlight energy and works as a power source. Lacking further explanation from the movie-verse, I think it's safe to assume that movie Vision uses his jewel in a similar way to power the inter-dimensional "phasing" operation.

Not the answer you're looking for? Browse other questions tagged marvel marvel-cinematic-universe comics avengers avengers-age-of-ultron or ask your own question.

14
Is there an explanation for why Silver Age Batman used guns?
6
How did Wolverine pass through the spinning blades unharmed?
5
How was Ultron aware of the Infinity Stone inside Loki's Scepter?
8
Is there an in-universe explanation for the convergence of the Infinity Stones in time and space?
11
How did this bullet pass through Wolverine's Adamantium-covered skull?
31
In the MCU, who created the technology surrounding the Infinity Stones?
17
How did Thor in Infinity War know that the Time Stone was with the Avengers?
2
Spider-Woman (616) sticks to walls with an adhesive fluid excreted from her pores. Is there a comic-source for this?
11
How could Corvus Glaive so easily defeat Vision?