At what point do toys (like Buzz and Mr. Potato Head) come alive?

Throughout the Toy Story series, we see toys in various states of assembly. Most toys are fully built and put together, but many of Sid's toys are ripped apart and scrambled, and Mr. Potato Head is always in some degree of flux. Even Buzz's arm seemed to be somewhat living after Woody removed it, having changed hand shape appropriate to what it was being used for.

Since each individual toy part seems to be capable of living independently, is it ever stated when during the manufacturing process a toy goes from being an inanimate object, to a living thing?

The original script treatment, as seen on DVD 3 of the "Ultimate Toy Box" special edition, had the original star of the film (Tinny the Tin Toy) coming alive in the factory before being shoved into a box.

Our story opens in a small factory where tin toys are manufactured. They sweep down a conveyor belt with all types of other toys of different sizes, shapes and colors. We single out a group of tin toy musicians, then we focus in on one, our star, Tinny.

His eyes are opening up and he's looking around, wide-eyed with excitement. The conveyor belt goes to the shipping area where he's boxed up and put into a big carton. As the box is folded up, we follow him into the dark. 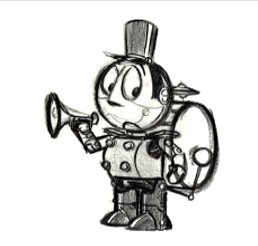 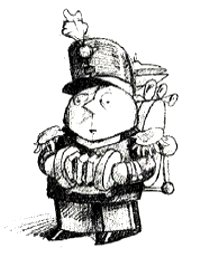 In the second version of the treatment (described here on p28), his origin is the same but he comes alive when his carton is opened in the store, ready to put him out for sale.

Tinny was no longer born in the factory; he was born as he was unwrapped. The ventriloquist’s dummy was already in the house, and it was the children’s favorite toy. The dummy became jealous of the shiny new Tinny, and they started to argue with each other.

This tallies quite nicely with the Al's Toy Barn scene in Toy Story where we see the rows of Buzz Lightyears talking and moving in their packaging. 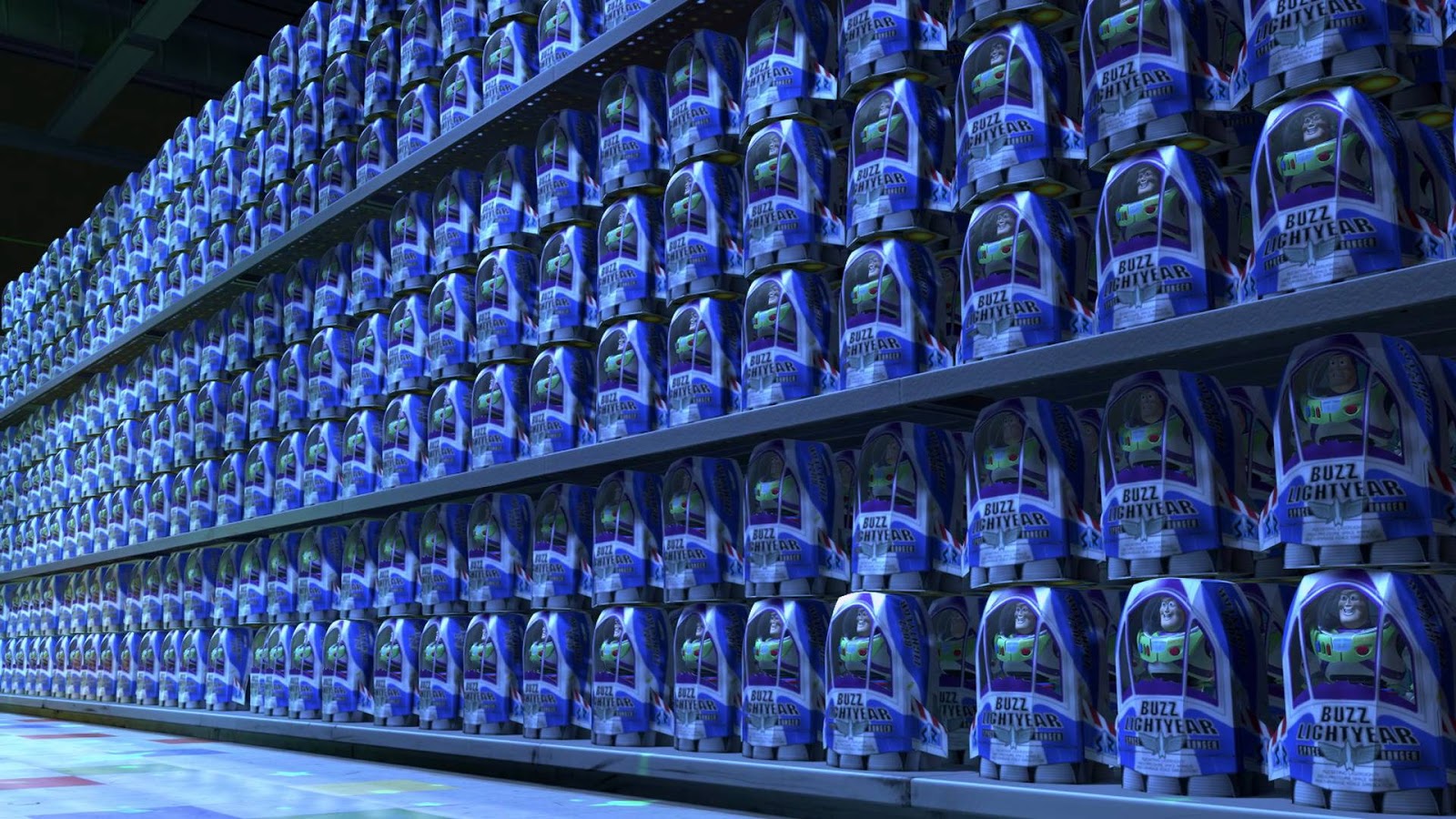 24
In Toy Story, are toys the only inanimate objects that become alive? And if so, why?