What's all of the space on the outer docking ring used for? 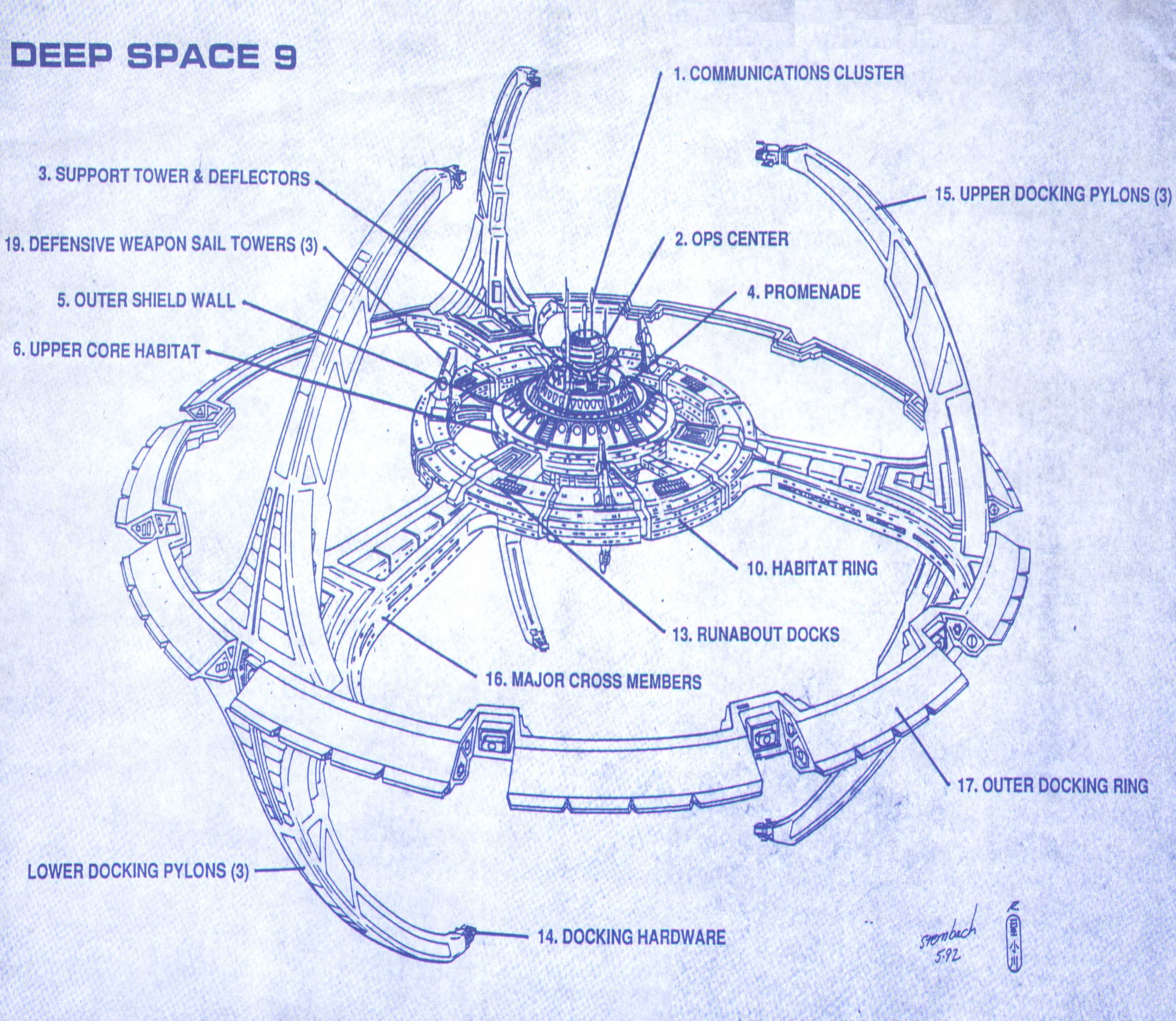 which looks like it has an effective usable volume of many times more than the cargo holds of a full complement of docked ships. Assuming that's indeed the case - what do they do with all that space? Even during Cardassian times it doesn't look like they could use all of it for storage. Why wasn't the station accordingly smaller?

BECAUSE IT LOOKS COOL.

Remember that Nor class space stations were not just used for cargo and docking, but they also did ship resupply and, in Terok Nor's case, was responsible for mining operations.

My initial joke, however, was not totally a joke. During the run of Deep Space Nine, a constant theme was the Cardassian style of over-engineered, over-wrought heavy slabs of metal. They like huge spans of space, arches, and rings, based on the rest of the design details once can see around the station and on the computer screens. The only design constraints in space are the structural integrity of the machine you are building, so you can build big and (in the Cardassian's case) cheap.

Note that as originally intended, it appears that the pylons were expected to be the standard docking ports for personnel, while the ring docks were intended for cargo. However, while we DO see ships docked on the pylons (I'm specifically thinking of NCC-1701-D during the pilot), the design of Cardassian ships (narrow and long) wouldn't really fit the pylons every well. Ralph Crown's comment on the question, that it exists to space out the docked ships, makes sense as well.

One more note on "spacing out the ships," the way the docking ring is designed makes a lot of sense, as the cargo is stored near the docking ports, and the cargo bays are spread out so there's always a docking port nearby. This would let you optimize cargo operations by spacing out and segregating cargo, and placing it near the specific port you need to use, instead of using a centralized cargo bay that then needs to have stuff moved around. Remember that Terok Nor was a TRANSSHIPMENT depot; it was only a temporary storage location for holding and processing ore brought up by transporter or ore freighter with the intent it be turned around to Cardassia as quickly as possible. SO keeping the cargo near the ships makes excellent logistical sense.

As stated in @ench's comment below, this space would also be useful for garrisoning soldiers and materiel up in space where, in theory, the Bajoran resistance would not be able to access or blow up. According to the episode with Empok Nor, we also know that Cardassians can hold soldiers in stasis like cargo.

Source is Memory Alpha's meagre pages on DS9 and Nor class space stations and observations from the show.

49
Why would any Federation starship (such as the Enterprise) have any spouses or youth onboard?
19
Can Borg survive in outer space without an environment suit?
14
What's all the carrying PADDs around?
31
What's the story behind the mugs in Deep Space Nine and Babylon 5?
12
What is the end state of a starship that has been assimilated by the Borg?
13
Was the Nitpicker's Guide for Deep Space Nine ever completed?
0
What's with the Jem Hadar unique names?
7
What is the fate of the USS Franklin in the Prime timeline?