In which episode of TNG was the Enterprise in a phaser battle without the saucer section?

In which ST:TNG episode was the Enterprise in some kind of phaser battle without the saucer section? I remember Picard was on the bridge and there was a massive phaser attack.

Or you may have Guinan-like intuition and recall an episode existing in an alternate timeline. :) 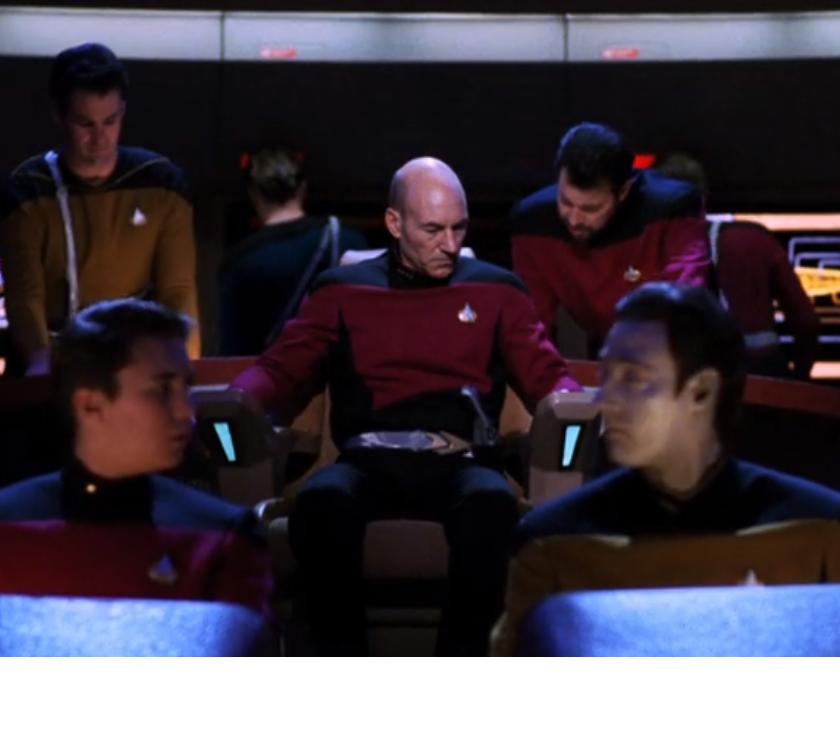 Saucer separation was prominently featured in a very small number of episodes of the series and one film. There are a few others where it was mentioned and/or attempted, but cancelled before it actually took place.

In TNG S1 E1 - Encounter at Farpoint, Picard was aboard, but there were no extended phaser battles. There was a brief running battle that involved photon torpedos.

In TNG S1 E21 - The Arsenal of Freedom, the ship was separated. There were no extended phaser engagements, just a few shots, and Picard was not in command.

In TNG S4 E1 - The Best of Both Worlds, Part II, massive volleys of phasers and photon torpedoes were used against the Borg. They also used a unique antimatter spread, fired from the phaser arrays on the saucer. However, Picard was not on the Enterprise at the time.

In Star Trek: Generations the Enterprise performs a saucer separation before it is destroyed. Again, Picard is not aboard.

I don't think the scene you're recalling exists as you recall it.

Since it seems there never was an episode of The Next Generation that matches, perhaps you are misremembering.

There is a Voyager episode called Message in a Bottle where the Doctor Hologram (possibly a stand in for Picard with similar hair...) is sent to an experimental ship that separates for battle. You can see the separation around 0:55 and the Doctor on the bridge fighting Romulans around 3:00.

The Season 1 episode "The Arsenal of Freedom" has the drive section firing phasers, however, Picard is not on the bridge at that time 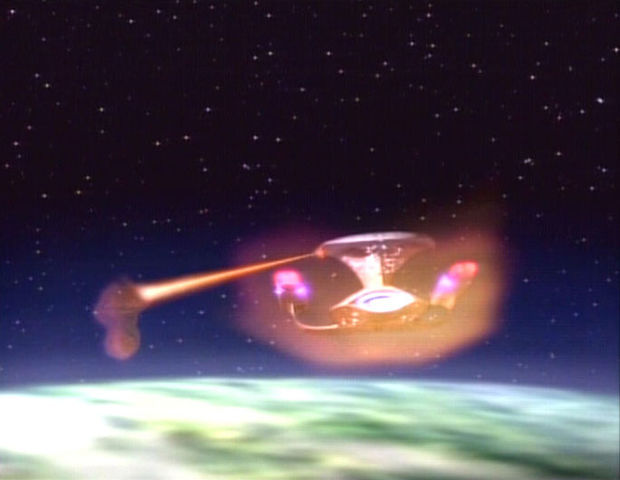 40
How could the saucer section of the Enterprise sustain warp velocity without a warp engine?
16
Did Worf not serve in Starfleet before? Why would he dispute Picard's order?
11
TNG episode where aliens are testing on the crew
9
Are battle bridges on any other ship besides the Enterprise?
10
In which episode of TNG does Data take command of a Starship as part of a Federation Blockade?
6
What is the longest period of time which Riker commanded the Enterprise-D?
10
How tightly can a starship turn while at warp?
31
Why was the saucer separation so rarely done on the USS Enterprise (NCC-1701-D)
7
Star Trek TNG episode where the Enterprise accelerates to the end of space in a short time
8
Why is the battle bridge so rarely used in Star Trek?