Is a Pokémon aware it is in a Poké Ball?

Do we know any canon explanation of what a Pokémon experiences when it is stuck inside one of these devices?

According to Junichi Masuda, developer for the original Pokemon games and a founder of Game Freak, in an interview with Kotaku, it's "comfortable".

Maybe the equivalent of a high-end suite room in a fancy hotel.

This of course only applies to the games. The Anime and Manga portray Pokéballs differently.

In the Pokemon Adventures Manga, the upper Red half of a Pokéball can turn transparent, revealing the minituarised Pokemon inside. This, along with the episode "Hypno's Naptime" in the anime, where Misty captures Psyduck, seems to indicate that a Pokéball is nothing but an empty sphere.

A popular depiction of Pokéballs by fans is that they are effectively fully-furnished rooms for the Pokémon to live in, keeping them entertained and, as Masuda says, comfortable. This could be similar to how the game designers originally intended them, but we don't know for sure. 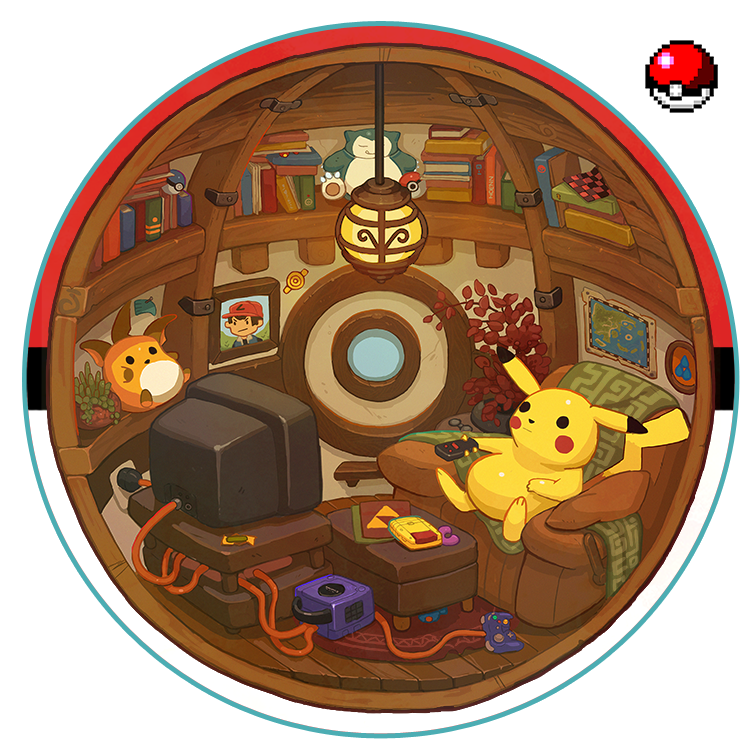 At the very least, I personally hope it's not like the boring, empty sphere depicted in the Anime & Manga, since Pokémon are also portrayed in those media as being completely aware of their surroundings at all times, even while inside a Pokéball. Some of them come out without being ordered to, and they occasionally follow commands given to them by their trainer prior to being released from their Pokéball.

40
Has a Poké Ball ever captured anything other than a Pokémon?
16
How many Pokémon can a Poké Ball keep at a time?
28
Why doesn't Ash keep Pikachu in a Poké Ball?
5
How does Ash find a particular Poké Ball containing particular Pokémon?
13
Can Pokemon die inside their Pokeballs?
5
Why can only some of the Pokémon speak English
31
What other newer Pokémon could be answers to the infamous Jigglypuff exam question?