If Gandalf was a Maia, why couldn't he change form? [duplicate]

Ask Question
Asked 4 years ago
Active 2 years, 1 month ago
Viewed 2k times
7
This question already has answers here:
Why didn't Gandalf carry the Ring in Maia form? (3 answers)
Would Gandalf be invisible if he wore the One Ring? (3 answers)
Closed 4 years ago.

According to The LOTR wiki, Gandalf and Saruman are amongst the named Maiar.

Again, a quote from Wiki:

Maiar, like Valar, do not array themselves in a fixed form, but can freely change their form.

Sauron was also a Maia (named Mairon), which he used his ability to reshape, and called himself Annatar, "the Lord of Gifts".

So, if Gandalf could do the same, why didn't he just transform into a flying creature and escape when he was captured by Saruman and imprisoned on the top of Orthanc?

The Istari were ordered to remain in, and also stuck in, forms of Men

A description of the Istari is given in the Unfinished Tales. They were given their "Men-forms" before departing Valinor, and thereafter remained in these forms.

Gandalf and the other Istari

Emissaries they were from Lords of the West, the Valar, who still took counsel for the governance of Middle-earth, and when the shadow of Sauron began first to stir again took this means of resisting him. For with the consent of Eru they sent members of their own high order, but clad in bodies of as of Men, real and not feigned, but subject to the fears and pains and weariness of earth, able to hunger and thirst and be slain; though because of their noble spirits they did not die, and aged only by the cares and labours of many long years.

"Who would go? For they must be mighty, peers of Sauron, but must forgo might, and clothe themselves in flesh so as to treat on equality and win the trust of Elves and Men. But this would imperil them, dimming their wisdom and knowledge, and confusing them with fears, cares, and weariness coming from the flesh."

How easy would their mission have been if they could have transformed into, say, powerful creatures to take down Sauron's forces? They were stuck in their "Men-forms" because their main purpose was to unite the forces of good against Sauron, not challenge Sauron physically.

[...]; whereas now their emissaries were forbidden to reveal themselves in forms of majesty, or to seek to rule the wills of Men and Elves by open display of power, but coming in shapes weak and humble were bidden to advise and persuade Men and Elves to good, and to seek to unite in love and understanding all those whom Sauron, should he come again, would endeavour to dominate and corrupt.

They came therefore in the shape of Men, though they were never young and aged only slowly, and they had many powers of mind and hand

The Lord of the Rings

So, to answer your question, Gandalf didn't transform because he couldn't transform. He'd "clothed himself in flesh" before leaving Valinor, and remained in flesh till he succeeded in his mission.

Sauron, on the other hand, was a corrupted Maia, who came to Middle-earth on his own accord (to join Morgoth). He was able to assume a different form in the Second Age because he wasn't ordered (by the Valar) to stay in one form.

Of course, later on in the Downfall of Numenor, he loses his physical body in the wreck, and is therefore stuck in an ugly-as-heck form1 till he loses this body again after the War of the Ring. 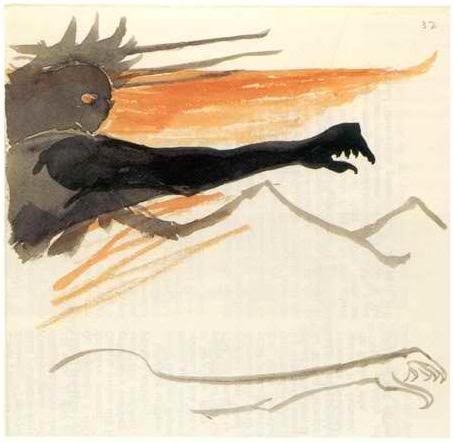 Not the answer you're looking for? Browse other questions tagged tolkiens-legendarium the-lord-of-the-rings gandalf maiar or ask your own question.

35
Would Gandalf be invisible if he wore the One Ring?
4
Why didn't Gandalf carry the Ring in Maia form?
38
Does Gandalf need to eat, drink, and sleep?