Why does Jon Snow have dark hair?

Spoilers for Season 6 Episode 10 and Season 7 of Game of Thrones.

I have tagged this question also with a-song-of-ice-and-fire because I am interested about eventual book details that didn't make it into the show.

I know that in the books Jon's ancestry is still a mystery, but I suppose it won't be much different from what we've seen in the show.

In the show, Jon Snow Targaryen is shown to be dark haired, while all other Targaryens are blonde-almost white.

We have seen that the colour of the hair is deemed a good indication as to which family one could belong to (see the "Baratheon" children).

Is there a good explanation of why Jon does not fit the Targaryen pattern? Or should it be considered "hand-wave" away-able because "no other Targaryen-Stark child was ever born so it is not a given that he should have Targaryen hair"?

Historical Half Targaryens with Non-Valyrian features

That's the case with many Half Targaryens in history.

Of Prince Maekar he saw no sign, but he recognized Prince Baelor at Lord Ashford's side. Sunlight flashed golden off the shoulder clasp that held his cloak and the slim coronet about his temples, but otherwise he dressed far more simply than most of the other lords. He does not look a Targaryen in truth, with that dark hair. Dunk said as much to Egg.

"It's said he favors his mother," the boy reminded him. "She was a Dornish princess."
Dunk and Egg: The Hedge Knight

Prince Baelor's own sons Valarr and Matarys had the same hair.

King Daeron's fourth son, Maekar had Targaryen silver hair. But he married a Dayne. So his first born son, Prince Daeron also had the common hair instead of the silver-gold hair of Targaryens.

Dunk chewed, swallowed, and tore off some more bread. "Why did you do it? Was it some jape, to make a fool of the stupid hedge knight?"

"No." The boy's eyes filled with tears, but he stood there manfully. "I was supposed to squire for Daeron. He's my oldest brother. I learned everything I had to learn to be a good squire, but Daeron isn't a very good knight. He didn't want to ride in the tourney, so after we left Summerhall he stole away from our escort, only instead of doubling back he went straight on toward Ashford, thinking they'd never look for us that way. It was him shaved my head. He knew my father would send men hunting us. Daeron has common hair, sort of a pale brown, nothing special, but mine is like Aerion's and my father's."
Dunk and Egg: The Hedge Knight

Similarly, Ser Harwin Strong fathered three bastard sons on Princess Rhaenyra Targaryen , all of them inherited their real father's brown hair (But supposedly their legal father was Laenor Velaryon, who didn't care about getting cuckolded).

Whatever the truth of these tales, it was soon announced that the princess was with child. Born in the waning days of 114 AC, the boy was a large, strapping lad, with brown hair, brown eyes, and a pug nose (Ser Laenor had the aquiline nose, silver-white hair, and purple eyes that bespoke his Valyrian blood). Laenor’s wish to name the child Joffrey was overruled by his father, Lord Corlys. Instead the child was given a traditional Velaryon name: Jacaerys (friends and brothers would call him Jace).
The Rogue Prince

Princess Rhaenyra had given birth to a second son late in the year 115 AC. The child was named Lucerys (Luke for short). Septon Eustace tells us that both Ser Laenor and Ser Harwin were at Rhaenyra’s bedside for his birth. Like his brother Jace, Luke had brown eyes and a healthy head of brown hair, rather than the silver-gilt hair of Targaryen princelings
The Rogue Prince

In 117 AC, on Dragonstone, Princess Rhaenyra bore yet another son. Ser Laenor was at last permitted to name a child after his fallen friend, Ser Joffrey Lonmouth. Joffrey Velaryon was as big and red-faced and healthy as his brothers, but like them he had brown hair, brown eyes, and features that some at court called common. The whispering began again. Amongst the greens, it was an article of faith that the father of Rhaenyra’s sons was not her husband Laenor, but her champion, Harwin Strong.
The Rogue Prince

Other than that, King Aegon IV sired a ripe crop of bastards. Three of them were sired on a black courtesan, named Bellenora, Narha and Balerion. Their description is not given but since Bellenora came to be known as the Black Pearl of Bravos, I suppose she was black as were her siblings. He also had Aegor Rivers, better known as Bittersteel, the founder of Golden Company, with Lady Barba Bracken. The lad had purple eyes from his father but inherited black hair of his mother.

King Aegon V married Betha Blackwood. His eldest son was a ravenhead. His physical description is not given but his illustration in TWOIAF shows that he inherited raven locks of his mother, unlike his brothers and sisters. 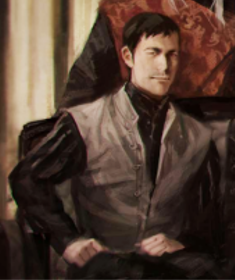 Historical Half Targaryens with Valyrian features

While it can happen (Half-Targaryens taking after non-Targaryen parent), as we see evidence above, it is not something which always happens.

King Aegon V married Betha Blackwood, all of their children were your typical Targaryens except the eldest Prince Duncan the Small, Prince of Dragonflies (See above).

King Maekar's all children were typical Targaryen except Daeron Targaryen.

Princess Rhaenyra's mother was an Arryn (although Lady Aemma Arryn herself was a half Targaryen and cousin to her husband), but she was typical Targaryen. Rhaenra's half siblings Aegon II, Aemond, Daeron and Helaena were all typical Targaryens as well despite having a Hightower (Although Alicent Hightower's hair color is not mentioned) for their mother.

Case of Jon and Arya

So it shouldn't be surprising that when Rhaegar (Silver Gold hair) married Lyanna (Brown hair), their child was born with Brown hair as Silver-Gold is a recessive gene, while Brown is dominant.

Jon had the brown hair of Starks, which he inherited from his mother. Arya inherited the same from her father.

It would have been easier if Arya had been a bastard, like their half brother Jon. She even looked like Jon, with the long face and brown hair of the Starks, and nothing of their lady mother in her face or her coloring.
AGOT: Sansa I

In any case, Jon had a good enough chance of getting Targaryen outlook but his mother's genes won and he was born lucky, looking like a Stark, making it feasible for Eddard to lie. Otherwise explaining a Valyrian looking bastard would have been really hard. Would have gone something like this:

Robert: Say Eddard, how did you sire a Valyrian looking bastard?

Robert: When? You never had the time to go to Lys.

Ned: Okay you got me. I had an affair with Queen Rhaella.

Robert: Rhaella? Hmm I don't see the timeline match but she was with child when she fled. But her Child was Daenerys Stormborn.

Jon Snow's mother, Lyanna Stark is a Notherner and has dark hair. And this gene is dominant as Jon Arryn said. "The seed is strong", implies that a parent with dark hair will probably have a son with dark hair.

From the books, Targaryen ancestors had dark hair : Baelor (killed in a tournament in the novel The Hedge Knight) for example.

88
Why did Eddard Stark keep Catelyn in the dark?
27
Is there any tangible proof of Jon Snow's lineage?
8
Would this character still be a bastard?
6
How do genetics work in Game of Thrones?
6
Question regarding "elopement" of Rhaegar & Lyanna

20
Why was Jon Snow so ignorant?
14
Why did Melisandre want Jon Snow?
16
What does "You know nothing, Jon Snow" mean?
2
What conditions are allowed for a decree of legitimisation or inheritance?
22
To what extent does Jon Snow have abilities as a Warg
14
Is Sansa and Tyrion's marriage still legitimate?
17
What coat of arms does Jon Snow use?
11
Why did the dragon refuse to cross the Wall in Fire & Blood?