What was the point of threatening to drop Loki 30,000 feet?

In Avengers movie, Fury locked Loki in the Hulk's cage. The Hulk's cage was strong, but Fury wasn't confident about how the cage would hold up against Loki. So, he threatened Loki that even a single scratch on glass would drop the cage 30,000 feet.

Humans believed that Asgardians were immortal (Loki said it too). Loki wasn't Asgardian by birth, but I don't think Fury knew this secret. Even if he knew, it doesn't matter because Loki was still a god.

Why did Fury threaten Loki this way? What was in his mind? It seems like all Loki needed was to scratch the glass to get his freedom.

The point of imprisoning Loki in the Hulk cage was to ensure he could not escape. Fury's threat to drop Loki 30,000 feet (5.6 miles) was to impress upon him the precarious nature of his imprisonment. He was not worried that Loki would scratch the glass. On the contrary, he wanted nothing but an excuse to jettison Loki into space and WANTED Loki to know that. What he wanted Loki to know was HE WAS NOT IN CHARGE HERE. 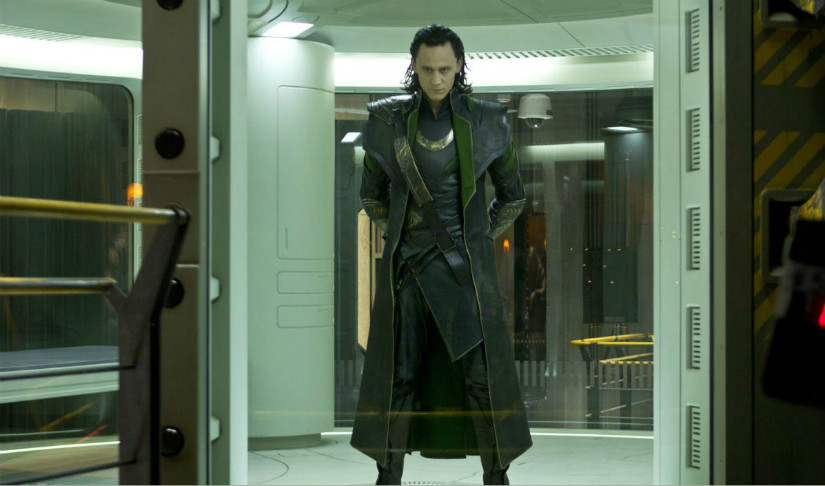 From Nick Fury's point of view, he had already seen Loki looking pale and weak right after his arrival on Earth. From his perspective, the Asgardians were beings from another planet with advanced technology and amazing abilities. But they could be killed.

He was convinced that the cage could hold the Hulk and should certainly be able to hold Loki. Fury was certain that dropping from that altitude, locked in the Hulk cage should be able to kill Loki, just as the belief was it would kill the Hulk.

Unfortunately Loki had already planned for his escape and had no intention of being in the Hulk cage. Loki was already far ahead of his captors in his intent and his imprisonment was simply part of his plan.

Fury is a skeptic. He doesn't believe either Loki or Thor are immortal -- in the sense of unkillable -- although he and the rest of SHIELD seem prepared to accept that these individuals are the inspirations for the Norse gods and thus, they are at the very least very long-lived.

(It's also very clear from Thor that Asgardians can be killed, but Fury wasn't privy to any of the conversations where that might have come up).

The simple truth is, Loki wants to be there. He's not a prisoner in any meaningful sense. He allowed himself to be captured as a diversion from Selvig's team preparing to set up the Tesseract-driven portal atop Stark Tower; and also in hopes of using his powers of subtle manipulation to bring about the fight that happened on the Helicarrier. Despite being imprisoned, he knew what was going on at all times (in part via the scepter -- that's made clear during the all-hands argument in the lab) and was really pretty much in control of what was going on.

Thor would likely die or at least be severely hurt, and they are not immortal. The idea that they are immortal comes from human Norse mythology.

Why was Thor afraid of being trapped in the cage, and why did Nick Fury put Loki in the same cage? It's because the Hulk is the only known superhero to best an Asgardian. There are several comic books, television shows and even in the Avengers films where the Hulk beats up an Asgardian.

In one Marvel animated film Loki uses mind control over the Hulk, and uses him to attack Asgard. Where the Hulk destroys most of the city before Thor is able to break the mind control spell that Loki was using, but at one point in the film Thor tells another Asgardian that he expects to die when he faces the Hulk.

In the Avengers film Hulk beats up Thor, and would have won had a fighter jet not distracted him.

Loki traps Thor in the cage, because he does not know if Thor could get out. The cage can be ejected from the carrier, because Nick Fury knows it wouldn't hold the hulk. So it's not an indestructible cage. When the cage is ejected Thor struggles to get out, and at the last second manages to escape but is knocked out in the process.

Could it have killed him? Yes. Would it be guaranteed to kill him? No, but you if want to kill an Asgard. Send the Hulk after them.

Immortal is not the same thing as un-killable (invulnerable). An immortal being will not die of natural causes - old age - but that doesn't mean they cannot be killed. An Asgardian may be immortal (or near enough), but plenty seem to have died in War.

Fury remarks that even Gods can't survive a fall that high. Hence the threat.

Also,Thor himself probably wouldn't have survived the fall. That's (again,probably) why he decided to break the container and escape.

Also,Loki couldn't just "scratch" the glass. Thor himself couldn't break the glass initially with his hammer (back in the helicarrier).

Remember though there will be a slow down. Loki's in a metal cage, and should Loki attempt to go super or start shaking the cage about it could cause it to veer off a strait down path. Also, who says he will fall on land, as sometimes they flew above the ocean. And yes, the water could slow you down even from 30,000 feet, but the force of the 30,000 foot drop could cause him to go deep under the water before he comes to a complete stop. So even if he survives the hits, who said he could survive being underwater without being able to breathe, being a god or not?

12
Where was Loki at the beginning of the Avengers?
24
How could agent Clint Barton (Hawkeye) function while on the SHIELD Helicarrier deck at 30,000 feet?
22
What did Loki mean when he called Natasha (Black Widow) “Drakov's daughter”?
20
In the Avengers movie what exactly was Loki's plan for the Chitauri?
4
How does Loki “transport” to speak with The Other?
1
How did Loki deduce that Thor was there on Earth?