Is the first X-Men film the only time Jean Grey has been slimed by Toad?

In the first X-Men film, during the Statue of Liberty fight, Cyclops, Wolverine, Jean Grey, and Storm are ambushed by Mystique and Toad, who had both been alerted earlier of the X-Men's arrival. Within less than 5 minutes, Wolverine is stuck fighting Mystique in another section of the Statue, Cyclops is locked in a display case, Storm is locked in an elevator shaft, and Jean is slimed by Toad.

I am curious, however, if the first X-Men film is the only instance of Toad sliming her, or if maybe it was shown again in one of the animated series or comics?

It's hard to prove a negative but as far as I can tell Toad only really appears alongside Jean when he is a "good guy" after he has the power to spit and so they don't really fight. They are teamed up in the short 2001 series X-men Forever so don't fight. He joins the X-men on other occasions such as joining the Jean Grey School for Higher Learning as the janitor (although of course this particular event is after Jean dies). 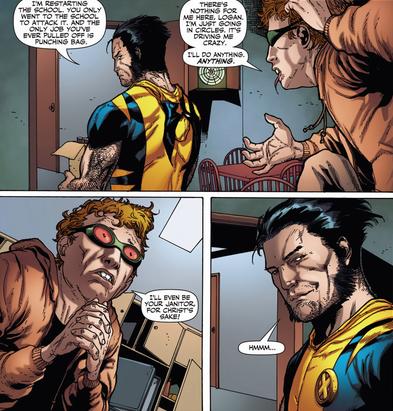 So barring any explicit evidence that he does slime her at some other stage, which I can't find, I think we have to say the only instance was in X-Men.

I think that, actually, there is no legit animated series or comic (canon or legend) that details the episode where Toad slimes Jean Grey based on the story by Tom DeSanto and Bryan Singer, and screenplay by David Hayter for the film X-Men (2000). The most elegant and close out-of-canon reference that I have found is a Devianart by artist Lucas Ackerman entitled "Jean Grey vs Toad Final" (2018), but, as the artist Lucas Ackerman says, the mentioned reference is part of separate commissions mashed together in comic form. 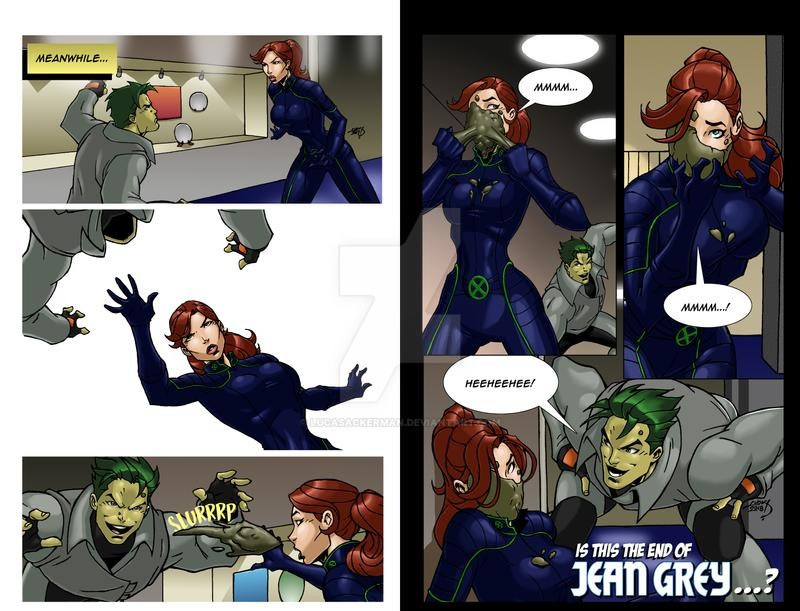 10
Is there a set limit on mutant abilities, where they're deemed too unrealistic?
1
What is Cyclops doing during the Wolverine/Mystique Fight?
3
Why doesn't Toad slime Storm in X1?
2
Why doesn't Cyclops blast Wolverine?
3
Is Jean Grey the only person Toad has slimed?
7
Who was the first person to be slimed by Toad?
5
Why wasn't Gambit included in the X-Men Cinematic Universe?
2
Was Liberty Island Jean Grey's first mission?