From how far away can White Walkers resurrect?

In season 5, episode 8 (Hardhome), we saw the Night King

seemingly resurrect the dead by the wave of a hand, but he stares at Jon so there is no line of sight.

So it is a fact that there is no line of sight necessary. In season 7, episode 6, we saw

the Night King seemingly reanimating a dragon by the touch of his hand.

One theory might be that the ability to resurrect diminishes with distance.

Also, I don’t think the white walkers spread a "disease" and don’t have to do anything to resurrect because otherwise, at the beginning of season 6,

Jon would have come back as a wight.

As far as resurrection distance goes, they probably can’t resurrect across the wall. If we assume the Night King’s motive is the destruction of humanity, it would have been over very soon.

At this stage, I have to admit that the motivation of the Night King is unclear (at least to me) - just having the ability is a different thing from actually doing it.

So, are there any other indications in the TV series as to how far their ability to reanimate the dead reaches?

Unclear, but not any farther than one town

There is not enough evidence to clearly answer this, however, the largest distance we've seen is in Hardhome when the Night King raises an entire town of the dead. This can be seen during the epic and iconic 'arm raise' scene: 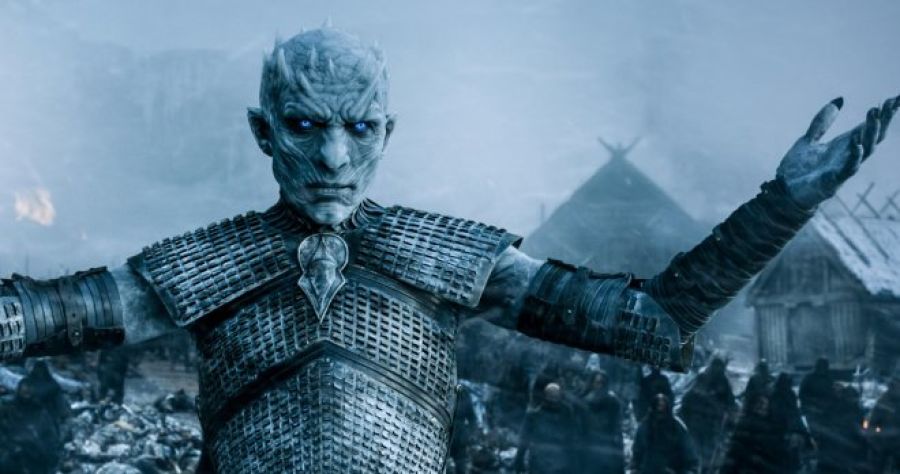 Not gonna lie, this was one of my favourite scenes of the series so far!

There is also something to clear up, raising the dead as inferi Wights seems to be different to the process of conversion into a White Walker. The former requires only his 'command' and the latter seems to require his 'midas touch'. 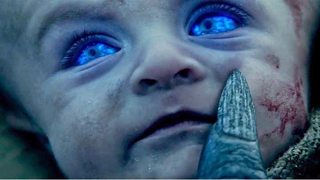 The Night King's resurrecting powers are not limited to a radius, but by sight of who died. The NK doesn't actually have to look at the thing, he just needs to know someone/something died, feel its presence, and resurrect it. We know that NK has an excellent vision: he can spot dragons flying in the distance and Jon Snow from above a mountain.

We also know that he doesn't just see living beings. He can actually feel the soul inside them, which is why he sharply looked at the ravens Bran had warged. He was the only one noticing them, which means he doesn't need use his eyesight, but some sort of power allowing him to look at a living being's state. This range extends as far as he can "see" those things. Hence, he can physically see something, then tap into their state, and then control them. Combining his cool power with his excellent vision gives him a good range of resurrection.

Note that the NK is the only one with resurrecting powers, because his creation happened under magic conditions (weirwood, a ring of stones, etc). Therefore, your question "From how far away can White Walkers resurrect?" is not exactly precise; NK is the only one who can resurrect.

19
Are White Walkers wargs?
12
Why do dead bodies only reanimate beyond the Wall?
6
At the Massacre at Hardhome, in Game of Thrones, why did the slain immediately become wights?

15
What weapons can kill White Walkers?
10
Can White Walkers swim?
7
How did Ser Davos know about this name/title?
7
Why did Lords of Vale swear allegiance to a Northman?
38
Why do White Walkers wear clothes? Or why were they once (nearly) naked?
5
How fast can White Walkers run?
18
Why didn't Jon Snow bring any archers with him beyond the wall?
4
Was anyone else besides Benjen Stark and the Night King stabbed in the heart with a dragonglass dagger?
7
Can White Walkers talk?
5
If Cersei is pregnant, why can't you see it?