What material is Jean Grey's Animated Series costume made of?

I started re-watching some old episodes of the old X-Men: The Animated Series TV show the other day and started thinking about this: what material is the gold and blue outfit that Jean wears made out of? At times, it looks like it might be metal, but other times it seems almost like something a little different. Can anyone help me out with this?

In the iconic intro to the Animated series, and at least once during the series, Storm transforms from civilian clothing into her X-Men Uniform:

According to this eagle-eyed redditor this has been explained in the comics as Storm manipulating the unstable molecules in her costume.

How is this related to Jean Grey? In the scans they provide, it shows Storm manipulating the clothing of all the x-men.

It seems reasonable, that if they have copied over Storm's unstable molecule clothing, they would have done so for everybody, Jean included. 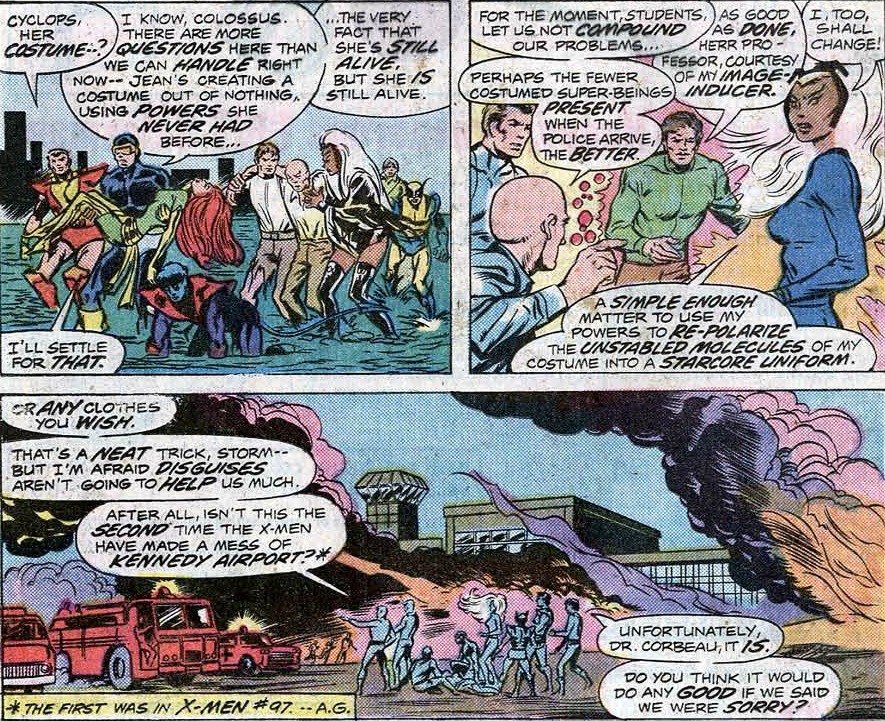 And even so, I don't recall Jean doing this trick in any of the animated series.

21
Did Chris Claremont have to change his long-term plans for the X-Men in the early '90s?
7
What are Rachel Grey's facial marks?
8
What material is Ord's weapon made of?
7
Magneto's helmet is made up of what material?
12
Does Rogue ever take advantage of the removable power suppression we see?
7
Which 1970s Spider-Man cartoon had sentient alternate dimension plants?
2
Was Liberty Island Jean Grey's first mission?
3
Is Ice Man [Bobby Drake] an only child?