Why could we barely see through all Quarian's masks?

In Mass Effect, Quarians are an alien race that have an immune system so weak they need to constantly wear environmental suits to protect them from disease or infection if they are injured. A major feature of their enviro suits is their mask, through which we can barely distinguish their face. 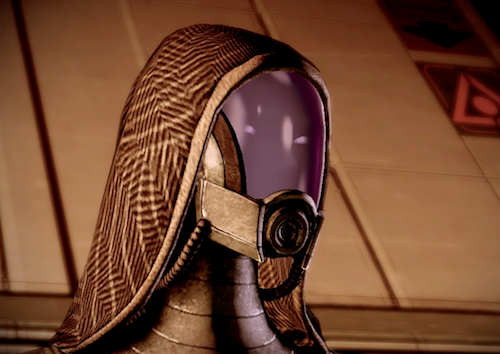 Why could we barely see through their masks?

Is it because they have a high tint on them? A weak immune system doesn't make you especially sensitive to ultraviolet radiation. Wouldn't clear glass do the job for at least some of them?

Is the air inside the suit different from the outside? I don't remember any information stating they need a different atmosphere than us and:

Tali could be seen breathing without a mask if you romance her in Mass-Effect 2.

I can understand it for a Volus, which needs a high-pressure, ammonia-based atmosphere, thus, they may need some light/radiations to be filtered. But a Quarian?

The Quarian response to radiation of any kind is likely the reason they are fully covered and inclined to block light radiation on their face as well. Their immune response is likely best served by reducing the amount of light exposure they get and would block as much light as necessary by their particular affliction; some might want more, others less. 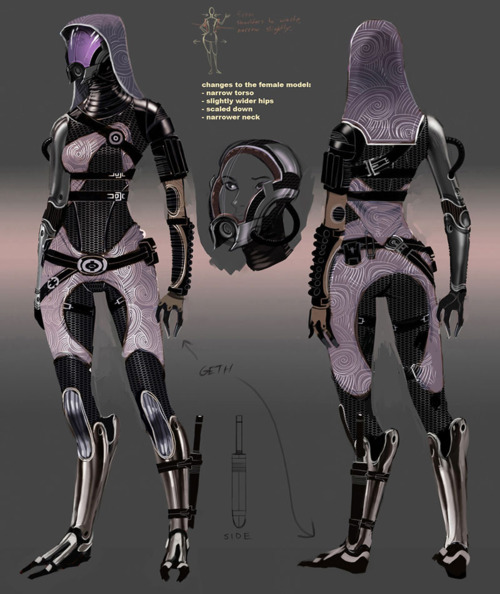 As you stated in the question profile, the Quarians have a weakened immune system. Since we don't have any Quarians for analysis, we will have to use our own physiology as a reference. A weak immune system might make them sensitive to particular wavelengths of radiation. There are several immune conditions in humans that are affected by visible light such as lupus. There are, of course, others, this is being used as and example of an immune disorder and photo-sensitivity.

Symptoms vary from person to person, and may come and go. Almost everyone with SLE has joint pain and swelling. Some develop arthritis. Frequently affected joints are the fingers, hands, wrists, and knees.

I am not supposing that every Quarian has lupus. I am supposing that a race with immunity and environmental sensitivity may need to protect themselves from even the smallest doses of radiation unless they are in an environment tailored to their particular sensitivities.

Since they are artistically inclined, they may possess a symbolic means of identification that allows them to recognize each other even if their visors are occluded in hostile environments.

I'm not sure that the glass is tinted...it could also be that there's a thick fog inside the suit. That's what the eyes always looked like to me.

I was thinking that quarians don't necessarily see in the same wavelength spectrum as humans, so maybe the visors block out light that we see, but not what the quarians see, maybe infrared or ultraviolet.

Not the answer you're looking for? Browse other questions tagged aliens video-games mass-effect or ask your own question.

7
In “They Live”, could the human collaborators see through the illusions?
24
Why do the aliens in Mass Effect have breasts?
8
Why don't all Asari look like hybrids?
3
Why didn't the Alliance wipe the Normandy computers?
15
Why do some Salarians have a handle on their chest?
11
Why does the effective military strength affect the ending of Mass Effect 3?
12
When and why did the Asari begin referring to themselves as female?
8
Why did the Quarians attack the Geth after creating them?
4
How could humans and turians communicate during the First Contact War?
2
Why did Catalyst offer the other options to Shepard at all?