Why didn't Jaime Lannister get this?

When Jaime loses his right hand, he has a gold prosthetic made. Then he has to re-learn how to fight using a sword in his left hand.

Why didn't Jaime get a prosthetic made that includes a sword/weapon of some kind? Like a prosthetic hand that is holding a sword, or a hook, or something more practical? Then he could have continued to use his right hand, or at least have an easier time re-learning how to fight. Something that he can switch to when he knows that he's going to fight.

Answers from books and/or shows are acceptable. (I personally have not read the books)

EDIT: Understandable that this is seen as opinion-based. I am not sure if there was some discussion of what to give Jaime for a "new hand" in the books or some spoken dialogue that I could have missed. Otherwise, I believe there could be a non primarily opinion-based answer (Mwr247's answer below) which makes sense, but I also believe Mwr answered part of the question (why not a sword) when there is still something I think could be answered.

A prosthetic hand will not be anywhere near as effective or versatile as a real one. Here are the different ranges of motion provided by the arm/wrist/fingers: 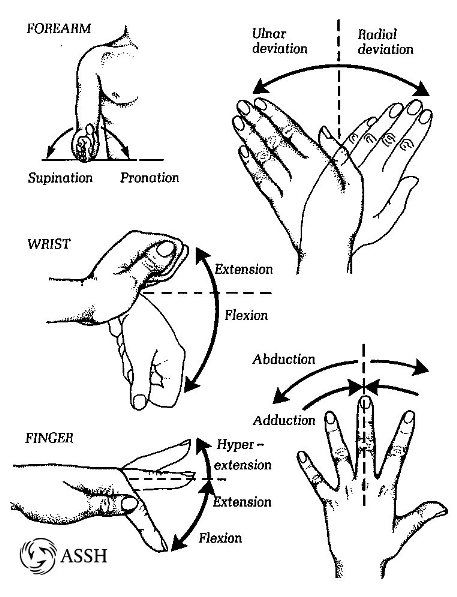 Considering he lost his hand from above the wrist, Jaime would be incapable of any of the degrees of motion detailed above (except supination/pronation, which would probably still be limited). These are essential in sword positioning for both attack and defense, and without them you would find yourself severely handicapped.

For example, how do you hold a sword up for a block, and then extend it for an attack? How would he rotate from the cutting edge to the side for a block? A low strike swinging in toward his right leg would be almost impossible to parry, because he could not angle the blade to protect from certain angles/blind spots.

Carrying the weight of a sword and absorbing blows would also be quite painful, not to mention how difficult it would be to affix a prosthetic to the arm that can handle all that pressure without breaking/tearing/coming off.

Even if it's not your dominant hand, you'll still be a more effective fighter using a real hand than a prosthetic.

EDIT: As to why he wouldn't still opt to have a hook/small blade, the best we have for a definitive answer is from this scene, where Cersei says she commissioned/designed it for him, and he remarks that a hook would be more practical. From this we can gather that while he might consider a hook if it were up to him, she's the one who made the choice, and he's decided he's ok with sticking with it. At the very least it's more visually appealing/impressive, and has been used practically to block, so maybe that's good enough for him.

He still didn't have a wrist. So converting the stump into a weapon would still require him to learn how to fight again, plus it would look odd among the royalty.