Looking for a pre-90s science fiction novel about a guy who creates a mind control device. When the device is on, people are forced to do whatever he says. At one time, he tells his girlfriend to take off her clothes, which she does. Somehow he gets involved in a spy game and gets chased by a brutal man who has been castrated.

Possible you're looking for Joe Haldeman's Tool of the Trade, a 1987 novel about a scientist who develops an ultrasonic device that makes people hyper-suggestible.

Nicholas Foley, the scientist, has his girlfriend strip under the influence of the device. He's involved in the spy game, because of this device and being a soviet sleeper agent.

The castrated man is an agent called The Scalpel. His speciality is torturing people to extract information from them. He kidnaps Foley's wife Valerie. 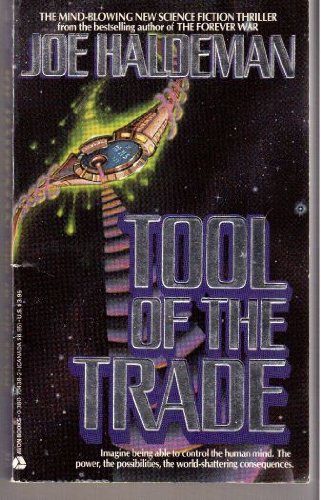 18
Sci Fi short story with aliens who only mate every 7 years
9
Short story from the 1950s/60s, criminal makes multiple body jumps, mind uploading, meets electric chair
9
Looking for short story about man whose brain shuts down on him
12
Fantasy novel involving a mall security officer who prevents a man from blowing up the mall with a dead man's switch