Are there any serious diseases in the Star Wars universe?

Are there any serious diseases in the Star Wars universe, like cancer or other diseases which are incurable? 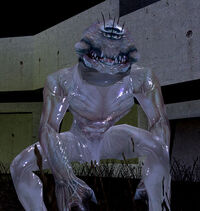 The rakghoul plague or rakghoul disease was a disease engineered by the ancient Sith Lord Karness Muur, it could turn most nearby sentient beings into a mindless rakghoul, a Sith-spawned mutant. The virus-like plague, carried by every rakghoul in existence at the time, could be spread to another being by a bite or a scratch from a rakghoul's claw. The victim would then suffer through an incubation period lasting approximately six to forty-eight hours before being transformed into a rakghoul, one fully capable of spreading the Sith-made disease on to further victims. -Wookieepedia

Like with many serious diseases in real world, there have been cases of it being cured in early stages of incubation, but once one turned into rakghoul, it was incurable.

This is in Legends.

The Blue Shadow Virus was an artificially produced virus, created by the CIS on Naboo, during The Clone Wars tv show. I remember there being a three or four-part episode around it. It was deadly to most organisms. Does this count?

Hive viruses were a broad category of highly contagious viruses which would remain dormant in the host for some time before symptoms began to appear. A hive virus in its dormant stage is still contagious, and thus the virus could spread rapidly through a group before it became obvious that anyone was sick.

In the Legends continuity, a hive virus was responsible for the loss of the Katana fleet. By the time they realized that an epidemic was underway, the virus had spread throughout the crews of all of the 200 dreadnaughts in the fleet. The virus drove the crews insane and eventually killed them, leaving the fleet abandoned in an unknown location.

In the X-Wing series (part of Star Wars Legends), the Imperial Director of Intelligence engineers the Krytos virus, and the New Republic has to devise a cure while using vast amounts of bacta to keep the victims alive (if I recall correctly, bacta can stave off the symptoms, but not cure the virus). It's mostly mentioned in the third book of the X-Wing series, The Krytos Trap.

The Legends novel Legacy of the Force: Betrayal features a man named Movac Arisster who is dying of incurable cancer.

I'm a nobody and I'm dying. In six months, incurable cancers of the lungs and other organs, probably caused by a radiation leak I experienced on a trip many years ago, will kill me.

Another example is Jedi Master Taria Damsin, who is dying from Borotavi syndrome.

It is basically described as cancer, including terminology like 'remission'.

“So,” said Taria, once they were seated in a private booth with bowls of steaming bean soup and fresh, crusty bread. The dining hall’s air was warm and scented with good food. Scattered, cheerful conversations provided a backdrop of sound. “To make a long story short, Ahsoka, it’s called Borotavi syndrome. It’s not contagious but it is terminal. Eventually.”

Ahsoka felt her mouth suck dry. Terminal? But—but—She’s so young and strong and amazing. So alive. “How did you get it?”

“I ate the wrong kind of shellfish on Pamina Prime.” With a wry smile Taria stirred a pinch of salt into her soup. “Turns out it’s the blue-shelled mollusk with the green stripe you need to watch out for. Blue mollusks with black stripes you can eat till you burst.” She sat back. “Just a little tip to stand you in good stead, if ever you find yourself on Pamina Prime.”

0
If "The Blue Shadow Virus" was eradicated, does the technology exist to eradicate all diseases?