I can't remember if this was a short story or from a film (or a dream), but I think it is at least 10-15 years old. The homeless (as I recall) tended to live underground and would have stacks of books near them.

I only read English. It was set in an urban environment. The homeless tended to live underground, as if in abandoned subway tunnels. It had the vibe of 'Beauty and The Beast' (the show) or maybe 'War of The Worlds' (again, the show).

Montag [the main character] leaves the river in the countryside, where he meets the exiled drifters, led by a man named Granger. They have each memorized books should the day come that society comes to an end, then rebuilds itself anew; this time, with the survivors learning to embrace the literature of the past.

Sounds like The Last Book in The Universe by Rodman Philbrick. The protagonist is a teenage boy suffering from epilepsy. I had chanced upon it in high school. 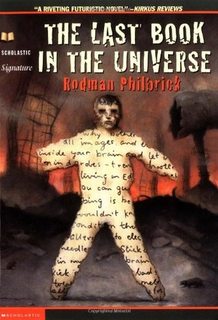 It's the story of an epileptic teenager nicknamed Spaz, who begins the heroic fight to bring human intelligence back to the planet. In a world where most people are plugged into brain-drain entertainment systems, Spaz is the rare human being who can see life as it really is. When he meets an old man called Ryter, he begins to learn about Earth and its past. With Ryter as his companion, Spaz sets off an unlikely quest to save his dying sister -- and in the process, perhaps the world.

Very few people know how to read or write, and the protagonist winds up carrying the last book in his head.

He is accompanied by Ryter, an old man that he tried to steal from in the beginning of the story and one of the last few people remaining who can read and write...

Could it be the film Equilibrium, from 2002?

Partly inspired by Fahrenheit 451, it portrays a dystopian city in which feelings are banned, and only rebels and exiles have books of poetry. The hero is a police officer who enforces this law using "gun kata," which is kung-fu with guns.

Not the answer you're looking for? Browse other questions tagged story-identification novel dystopia or ask your own question.