How did the Earth Force captain know the Minbari cruiser had its weapons ports open?

The Babylon 5 TV movie, In the Beginning, shows how an Earth Force captain started the war with the Minbari.

The Minbari Grey Council, led by Dukhat, have become concerned that the Shadows may have returned to Z'ha'dum in fulfillment of Valen's prophecy. They are taking a roundabout route to investigate when they encounter Earth ships, specifically the Prometheus, seeking to investigate the Minbari.

How did the captain know the open ports were for weapons?

The open ports could have been for sensor equipment. Or for docking arms. Or for creating jump gates. Or some technology beyond what humans know.

In the episode B5: Legacies we see a similar situation. A Minbari War Cruiser approaches with "gun ports open". The sensors scan the vessel and determine that she's "armed for a fight". The still from the sensors indicates that not only are the weapon ports open, but that the guns themselves are charged and ready to fire.

It can be assumed that the technology involved in the earlier conflict is sufficiently similar to Earthtech for them to be immediately recognised (by sensors) as guns. 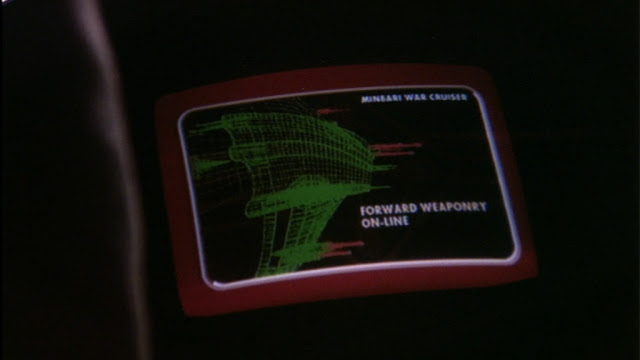 Perhaps it would have been more accurate to say

"With gun ports open [and there appears to be a power surge in the area near the guns.]"

JMS spoke to this issue in his commentary on the book Clark's Law by Jim Mortimore. In short, there was certainly lot of guesswork going on on behalf of the Earthforce sensor teams but that they could clearly determine that these were guns from their profile.

Why did the captain lie?

The Minbari approached with their gun ports opened...but they also hadn't locked on. They were a potential menace, but had not gone into the territory of definite menace...and when they fired, it was clear from the moment or two it took to respond that the Minbari ships weren't ready to attack. So he chose to cover his butt rather than take responsibility for screwing up a first contact situation and plunging Earth into a war.

I think this question is like, "How can the Enterprise know that there are life signs on a planet?"

In the majority of Science Fiction - Babylon 5 included - we aren't told how every piece of technology works - suffice it to say that the Earthforce's ship's computer's A.I. has the capability to identify a weapon at least to a high degree of probability - even if it has never encountered this type of ship before.

Like: a person from a primitive society might never have seen a sword before and see someone facing them menacingly with a length of sharp metal. Even though it could be for cutting trees or drawing pictures in tough dry soil, they could probably guess it's a weapon.

8
How did Kosh know to tell Sheridan to jump into the abyss on Z'ha'dum?
5
Did Bester know Talia Winters had a lurker before the episode, Divided Loyalties?