How much did Iron Man's suitcase weigh?

How much was Iron Man's suitcase supposed to weigh in the Iron Man 2 movie?

Happy Hogan played by Jon Favreau seems to haul it around fairly easily.

Considering the ease with which the case is being moved about by "Happy" Hogan, granted a man considered to be physically fit and capable, it appeared to have an apparent weight of no more than fifty to sixty pounds, tops.

But this would belie the incredible armor within, so how do we reconcile this? Part of the difficulty is so much of the comic physics of Cinematic Iron Man and Marvel's canon comic character have not been perfectly translated from the old medium to the new one for easy reference. What was true for Comic Iron Man may or may not have been true for Cinematic Iron Man.

History of the Briefcase Suit

To understand the dilemma we must have a brief history of Tony Stark's briefcase armor carrying system. Yes, his briefcase was a sophisticated system designed to carry, protect and charge his early armors. In many ways the case was a subset of the armor using many of the same technologies to keep the suit mobile and ready for action. 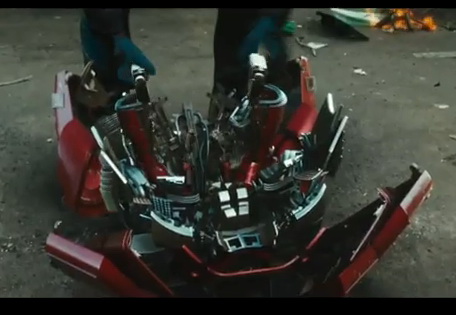 Armed with this history we can look at the Cinematic Iron Man's briefcase and work a few assumptions:

So if the normal suit fully plated and ready is listed in the Marvel Handbook weighing in at 225 pounds, we could call this "Armor Lite" version at 125 pounds, missing the boot jet systems, the fast recharge capacity, and the heavier armor plates. 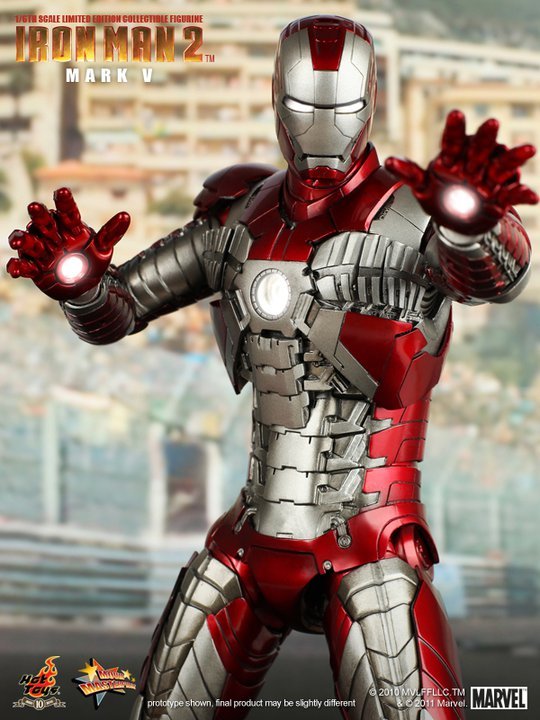 Shared Cinematic Universe to the Rescue

The only way Happy is lugging this bad boy around easily is if the case is using the same repulsor, antigravity technology from the comics and hinted at during the Captain America movie that Howard Stark (Tony's father) was reputed to be working on in 1942.

Was that the point of showing us that clip in Captain America, to presuppose that at some point in the future that technology is utilized in Tony Stark's flying armor? I hope so, because if it wasn't, then Happy is even stronger than any normal human has any right to be. There is no way he could move that case that easily at 125 pounds, give or take unless something were assisting with the weight displacing at least part of it.

Since the suit would be powered, it has repulsor technology built into it, and even if it wasn't flight capable, the repulsors could always be emitting a low grade antigravity field making the briefcase easier to handle. If this is the case, it is a subtle but brilliant nod to a different time in the Iron Man mythology, a time many fans remember nostalgically as just plain awesome.

And we all admit, while the appearance of the suit was a little different (paying homage to only other suit of Iron Man armor that was ever accepted even momentarily, the Red and Silver suit, what we liked the most was seeing the suit come out of a briefcase, strap itself on to Tony Stark and make him Iron Man, while still being able to fit in the backseat of the car!

This answer builds on the very eloquent answer above by Thaddeus. While the Shared Cinematic Universe with the anti-gravity solution is very viable, I think that there is another set of items that we could explore.

First, let’s create a set of assumptions about creating a Suitcase version of the armor. Since the primary factor would be to eliminate weight even if it meant losing protection as well as firepower. Tony Stark would have to 1. Cut the amount of every item 2. Cut the weight of every item. 3. Eliminate the items that aren’t necessary in a portable suit.

Starting with the baseline of 225 pounds for the Iron Man suit (as mentioned in the above answer by Thaddeus) we would have to cut the amount of the plating. If 50% of the heavy plating and protection was eliminated, the suit would be cut to roughly 112.5 pounds. (It would probably be slightly higher because Iron Man suit isn’t just armor plating. But for ease of calculation that’s what I’m using.)

Second, in order cut weight further we have to cut the weight of the actual plating, and this is probably the most important part of the design of our Suitcase armor. Tony Stark and Stark enterprises would have used a variety of metals in their weapon systems. One choice for a lighter metal alloy to replace the Gold-Titanium alloy of the Iron Man suit would be Magnesium. Magnesium is the lightest structural metal and is half the weight of Titanium, and while Magnesium is difficult to work with certainly Tony Stark could figure out how to make it work for the suit.

However, a key disadvantage to using a Magnesium alloy would be the lower level of protection Magnesium would provide in comparison to Titanium. Magnesium just isn’t as strong a metal. However, there are processes that can increase the strength of a metal (even if they are in the experimental phase). Stark could have already mastered one of these processes like HPT. HPT is High Pressure Torsion. When a metal, like aluminum plating, is slowly pressed between two mega-sized anvils, the molecules are forced closer together creating a denser, stronger plating. That’s HPT. In some cases the aluminum has increased its strength 3-fold making the plating equal to some of the strongest steels known. Hypothetically, this same process could be applied to Magnesium, giving a much stronger metal and creating a better level of protection than just a regular Magnesium alloy, while also keeping its lightweight properties.

Going back to our calculation, if the plating utilizes the above Magnesium alloy then we could cut the above weight figure in half again because Magnesium is half the weight of Titanium. Now our portable Suitcase would weigh roughly 56.25 pounds.

Lastly, if we eliminated the flight system, reduced the size of the Weapon system, and cut or eliminated other support systems you would create more weight savings and create a portable enough suit for easy transport. On the conservative side-- if we eliminate 16.25 pounds (for ease of calculation) then we could make the argument the case weighs roughly 40 pounds.

Of course, it is just a movie, but I love trying to look at something like Iron Man and saying What if??

Not the answer you're looking for? Browse other questions tagged marvel marvel-cinematic-universe iron-man iron-man-2 or ask your own question.

11
How is the Iron Man platform capable of maneuvering in flight?

43
Did the Iron Man suit come from HYDRA's technology?
26
How much would Thor's hammer (Mjolnir) weigh?
17
What is the armor in the RDJ Iron Man's outfit made of?
8
How much power does Iron Man's Mark 42 suit need?
8
When did other superheroes and the public find out Tony Stark was Iron Man?
1
How can Iron Man's repulsor gauntlet work after Thor crushes it?
4
In Iron Man 2 why was Vanko's suit able to match Tony's?
3
How could Stark's item be used more times than the previous version?