Who was reputed to be the best swordsman of all Westeros?

Who was reputed to be the best swordsman of all Westeros, if there is such person at all?

I'm not interested on fan-made rankings, preferences or estimations, I'm talking about who, from an in universe point of view, held the reputation to be the best swordsman by other people in Westeros.

I'm well aware of many names that could claim to be just one of the best (Jaime Lannister, Arthur Dayne, Barristan Selmy, and many more), what I'd like to know is if there was someone that was considered so proficient and superior to everyone else to be reputed the best swordsman from an absolute point of view.

If possible I'd like to know who was the best swordsman during the timeframe of the novels, and (if a different person) also who held this "title" if considering all the history of Westeros.

Or as I like to call him: Ser Arthur Dayyuum 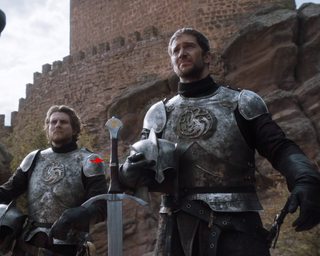 There is not a doubt that Arthur was considered to be the best swordsman of at least the past 100 years, if not ever.

From The World of Ice and Fire:

At five-and-ten, Ser Jaime Lannister was already a knight—an honor he had received from the hand of Ser Arthur Dayne, the Sword of the Morning, whom many considered to be the realm’s most chivalrous warrior.
-The World of Ice and Fire

Prince Rhaegar’s support came from the younger men at court, including Lord Jon Connington, Ser Myles Mooton of Maidenpool, and Ser Richard Lonmouth. The Dornishmen who had come to court with the Princess Elia were in the prince’s confidence as well, particularly Prince Lewyn Martell, Elia’s uncle and a Sworn Brother of the Kingsguard. But the most formidable of all Rhaegar’s friends and allies in King’s Landing was surely Ser Arthur Dayne, the Sword of the Morning.
-The World of Ice and Fire

the Swords of the Morning are all famous throughout the Seven Kingdoms. There are boys who secretly dream of being a son of Starfall so they might claim that storied sword and its title. Most famous of all was Ser Arthur Dayne, the deadliest of King Aerys II's Kingsguard.
-The World of Ice and Fire

when Ser Arthur Dayne broke the Kingswood Brotherhood. He had saved Lord Sumner's life as Big Belly Ben was about to smash his head in, though the outlaw had escaped him. And he'd held his own against the Smiling Knight, though it was Ser Arthur who slew him. What a fight that was, and what a foe. The Smiling Knight was a madman, cruelty and chivalry all jumbled up together, but he did not know the meaning of fear. And Dayne, with Dawn in hand . . . The outlaw's longsword had so many notches by the end that Ser Arthur had stopped to let him fetch a new one. "It's that white sword of yours I want," the robber knight told him as they resumed, though he was bleeding from a dozen wounds by then. "Then you shall have it, ser," the Sword of the Morning replied, and made an end of it.
-A Song of Ice and Fire: Book Three - A Storm of Swords, Chapter Sixty-Seven (Jaime VIII).

"I learned from the White Bull and Barristan the Bold," Jaime snapped. "I learned from Ser Arthur Dayne, the Sword of the Morning, who could have slain all five of you1 with his left hand while he was taking with a piss with the right2..
-A Song of Ice and Fire: Book Three - A Storm of Swords, Chapter Sixty-Seven (Jaime VIII).

Listen, if you don't believe me, or Jaime, or Archmaester Yandel, then believe the words of our mate, Ned Stark:

[Bran]:"Was there one who was best of all?"
[Ned]: "The finest knight I ever saw was Ser Arthur Dayne, who fought with a blade called Dawn, forged from the heart of a fallen star. They called him the Sword of the Morning, and he would have killed me [at the Tower of Joy] but for Howland Reed.".
-A Song of Ice and Fire: Book One - A Game of Thrones, Chapter Twenty-One (Bran III).

A Caveat on being the 'best': George R. R. Martin is intelligent enough to realise that there is no real 'best' swordsman, or at least not one that is the best by far. So here, we're only talking about reputation. In fact, he goes on to say:

[Interviewer]: Who would win in a fight, Barristan Selmy or Arthur Dayne (in their best days)?
[Martin]: Dayne... if he was armed with Dawn.
If both men had equivalent weaponry, it might be a toss-up.
-So Spake Martin: THE SWORD OF THE MORNING VS. BARRISTAN THE BOLD.

And that also informs of the importance of the tools that the swordsman uses, Arthur had the advantage of having literally the best sword in all of Westeros, Dawn. Which is why no matter how confident I sounded before, it's important to know that this is all just based on renown.

1. Those 'five' were in fact, Ser Loras Tyrell, Ser Osmund Kettleblack, Ser Balon Swann, Ser Boros Blount and Ser Meryn Trant. Not the best fighters there ever was, but definitely good enough to get on Tommen's Kingsguard.

3. I'd put Sandor Clegane here too, but he's not a knight so he's not got any renown as a swordsman. Sorry.

4. You thought Robert Baratheon was a tank? Get a load of this guy

From the list of known swordsman I believe @Möoz's answer is correct in that Ser Arthur Dayne, armed with Dawn, is the best. However, George R. R. Martin has commented in an interview for "The South Bank Show" that Jaime Lannister is the best swordsman. However, taken from context I believe he means best in terms of currently alive, and with his right hand.

GRRM: The golden boy is the character who can have everything and do everything and is y'know the super hero. I mind as less interesting.
Narrator: The golden boy of Westeros is Jaime Lannister.
GRRM: He's the guy who has it all. He comes from the most powerful family, he's the greatest swordsman in the land, he's incredibly handsome.

At least from the TV show point of view, we know that Jon Snow has won a lot of his 1-on-1 sword battles on mostly luck, but in terms of renown, you could say Jon is now currently considered one of the greatest swordsmen (a comment reinforced by Ramsay mentioning how much he is talked about in the north). Perhaps that is also a worthy honourable mention for the comment above.

90
Is there any proof that Jaime Lannister is actually a good swordsman?
27
Which realm in Westeros had the best archers?
25
Who was inside the green armor with stag horns in the Battle of Blackwater?

30
Is archery underestimated in the wars of a Song of Ice and Fire
13
What is done with prisoners of war in Westeros?
19
Who are the 3 men who would have a chance against Jaime Lannister in a sword fight?
90
Is there any proof that Jaime Lannister is actually a good swordsman?
10
How are new members of the Kingsguard decided?
14
Where was the kingsguard during the sack of King's Landing?
27
Which realm in Westeros had the best archers?
1
Did Arthur Dayne give Dawn to the Smiling Knight?
31
Why did Robert pick unworthy men for the White Cloaks?