I'm looking for the in-universe location of the Dalek shown below. The original article: Canny. A Computational Approach to Edge Detection, IEEE Trans. on Pattern Analysis and Machine Intelligence, 8(6), pp. 679-698 (1986), is a classic paper and anyone who has worked with image processing or computer vision will recognize the original Canny Edge Detector algorithm published by Australian computer scientist and then MIT professor John F. Canny (now at UC Berkeley).

Some other monochrome Dalek images: http://www.themindrobber.co.uk/dalek-invasion-of-earth.html

below: Screen shots from here. 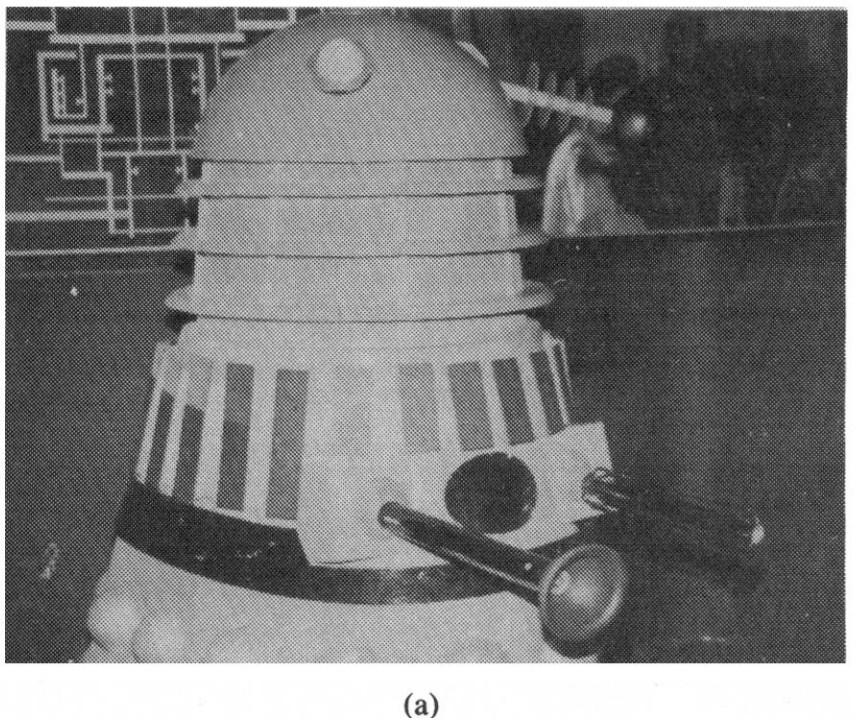 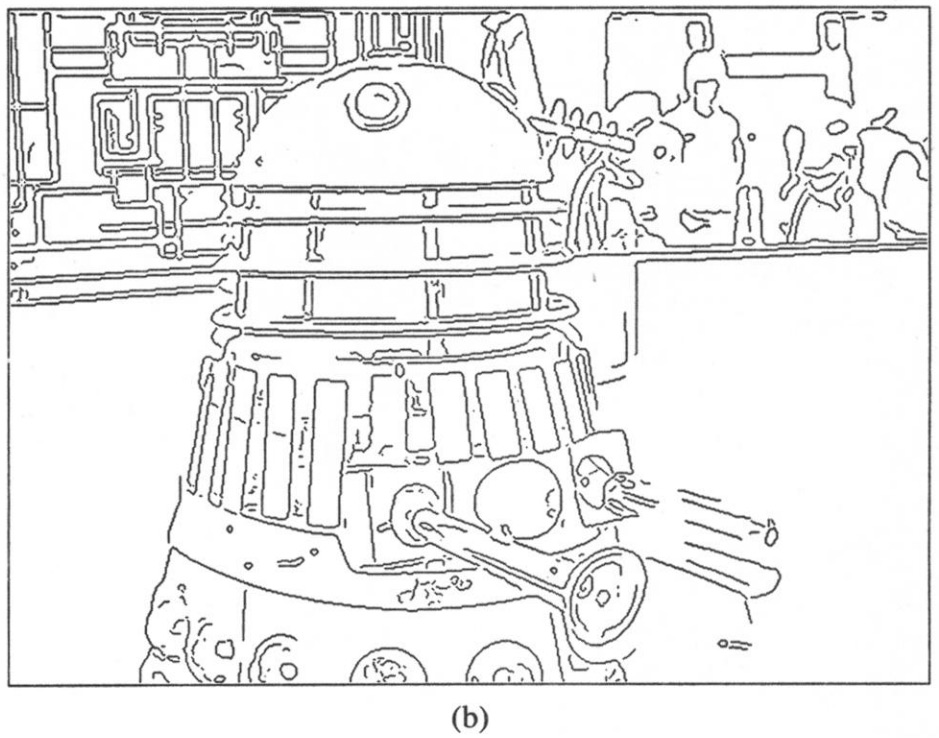 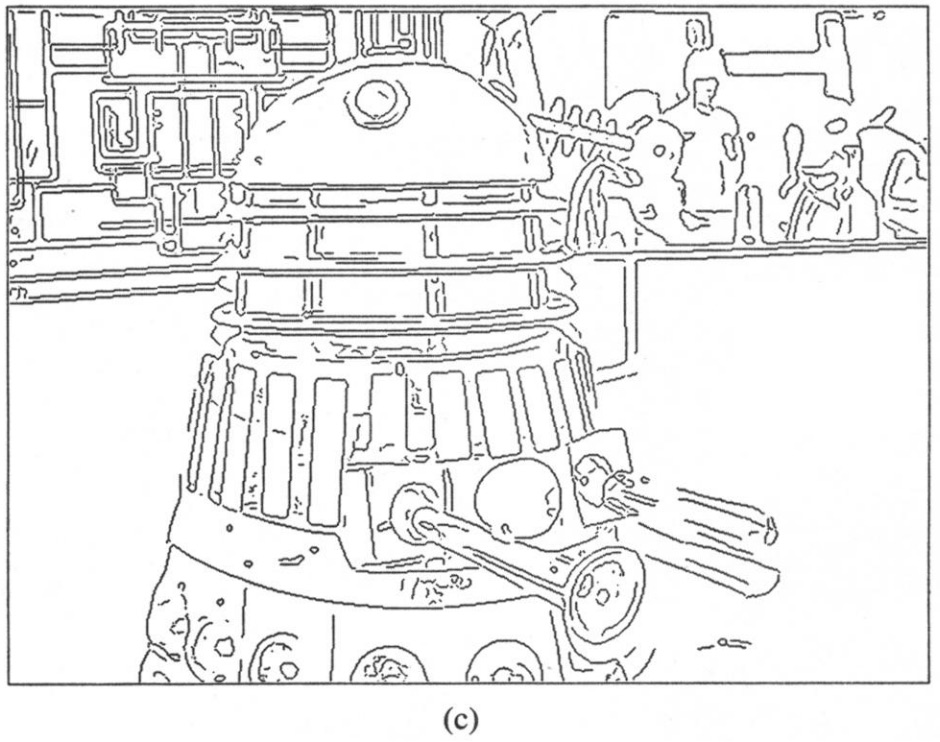 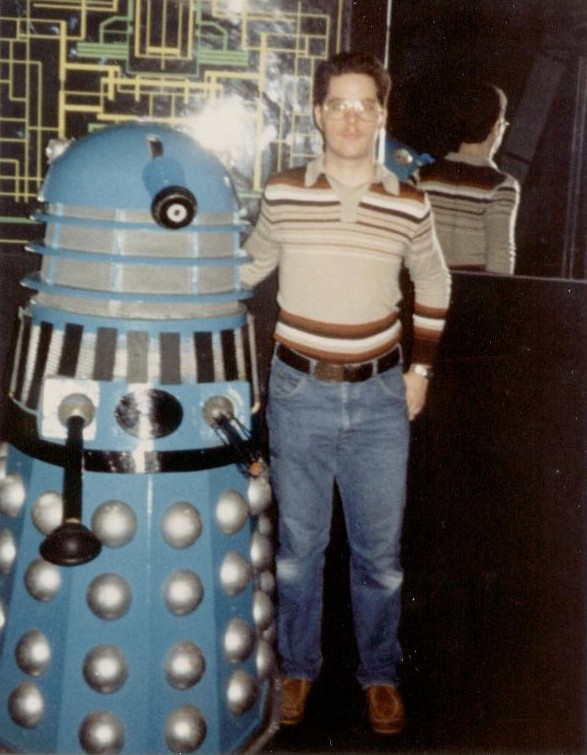 Clues: a) It was unlikely that the author would have had an screenshot from the TV series given the technology of the time, b) the image was not from either of the 1960s-era movies, and c) Daleks don't have human companions, and the people standing at the right rear looked like tourists looking at a display over a barrier. Only a few exhibitions were listed at https://en.wikipedia.org/wiki/Doctor_Who_exhibitions prior to the 1986 publication date of the paper, so this had to be Tussauds, and there was a picture. (Based on Gene Lantern's reflection, the upper right in the image appears to be a mirror.)

And there's yet more detail on the quirky design of the prop on display from Dalek 6388 (which has a lengthy history of all the Dalek props and design changes):

Dalek Six’s shoulders, neck and dome were paired to the Exhibition skirt to become Dalek Six-ex, A disc was added to the top of the dome which sat around the pivot and the lights were replaced. Despite Madame Tussauds being a showcase for mimicry, the prop was inexplicably painted in a light blue finish with silver and black highlights – a colour scheme totally unheard of in the entire history of the programme. At some point during its stay the lights were changed again to the more usual ‘sidelight’ type although these were encircled by discs similar to that of the new addition on top of the dome. 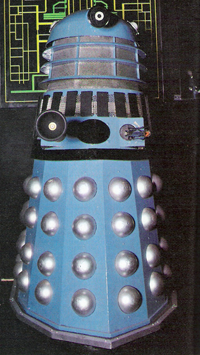 I think this might be a Dalek warrior from the 1979 story, Destiny of the Daleks. Destiny features Daleks with a distinct elliptical plate between their 'arms', which is unusual. (When this is present, it usually has a similar colour to the surrounding armour.) 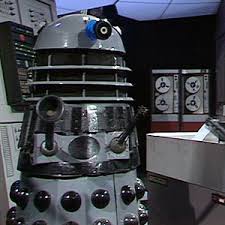 Several scenes also feature a large circuit diagram (or similar plan) on the wall in the background. 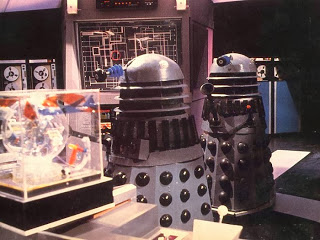 5
Is this Image about the outer dimensions of the TARDIS official?
3
How could the Doctor destroy the Dalek fleet this way?
12
Identify the background image of a dragon from this book cover
7
Identify all horror movies in this image?
8
What is the source of this image of the Batcomputer?