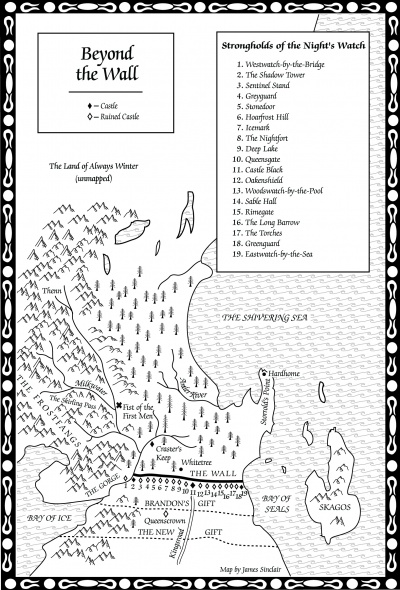 5
Why hasn't Mance Rayder attacked the Wall yet?
7
Were the vows of the Night's Watch the same from the beginning?
26
Does anyone ever explain why no one in the south cares about the Wall anymore?
39
How do Southern people discern Night's Watch deserters from truthful brothers sent south?
11
How can Sam become a Maester in time?
15
How do Night's Watch members vote if they are not stationed in Castle Black?
4
Why didn't the squad going north bring any ravens with them?
15
Does the Wall have suicide nets?
6
Why is the Night's Watch so depleted at the start of ASOIAF?