What has happened to Queen Izanami?

When Lucifer returned to the realm of Izanami-no-Mikoto, instead of a stone statue of big, fat woman, he met a lovely young queen, that proceeded to seduce him. When Lucifer left after a night of passion, Izanami called her maids, artisans and goldsmiths and then she stepped into molten gold:

warning, a picture of boobs below 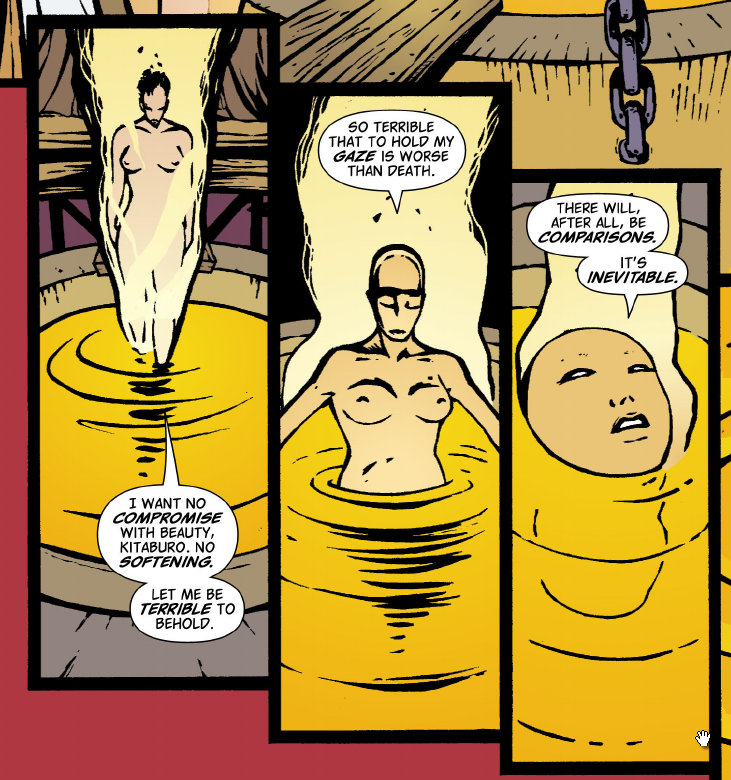 And then she proceeds to create (or rather turn herself into)... something, seemingly taking power from her tryst with Lucifer 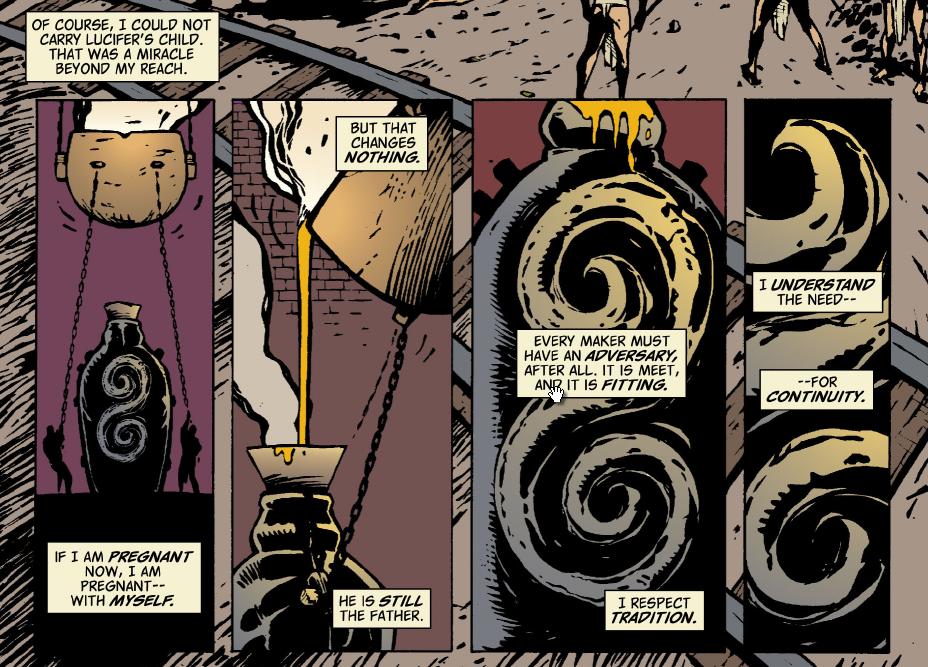 What has she turned herself into? Another statue of fat woman? Is this story arc continued anywhere else?

You're right, this story continues - in the 2015 continuation of the comic, written first by Holly Black and then by Richard Kadrey.

Izanami bore a child - Lucifer's son, Takehiko; she was planning to make her son the ruler of Hell (apart from being the heir to her own realm), not to mention her personal vendetta against Lucifer. 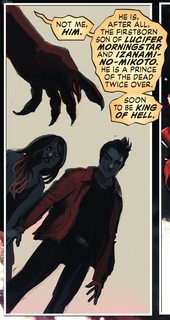 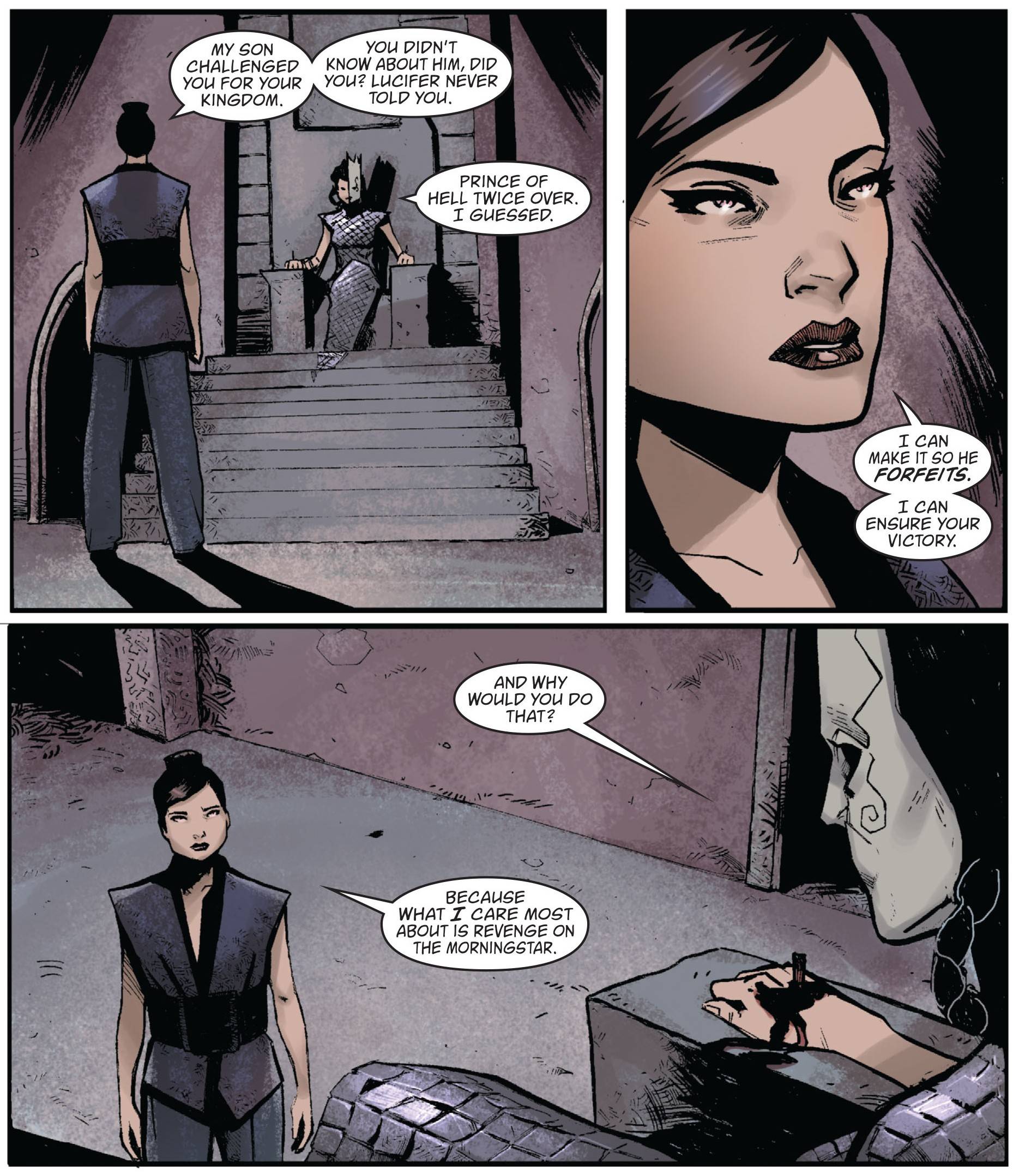 If you want to know how it ended,

Not the answer you're looking for? Browse other questions tagged vertigo-comics lucifer or ask your own question.

14
What happened to Despair?
6
What happened to the archangel Gabriel in DC Vertigo after his unfortunate encounter with John Constantine (hellblazer)?
7
What did Vassily see when he looked at the sleeping woman?
9
What are the forces external to Yahweh in Mike Carey's Lucifer?
6
What has happened to Chantinelle “Ellie” after she got imprisoned by First of the Fallen?
16
What happened in Hell to get Lucifer's rule challenged?
8
What is the out-of-universe reason Lucifer Morningstar's new bar called “Ex Lux”?
2
Has anyone ever tried to physically attack any of the Endless?
7
What is the origin of non-christian deites and realities in Lucifer?