Trying to identify a novel that features communication with dolphins

I'm trying to identify a novel that I only partially read as a teenager in the early 1980's. At the time I abandoned it as being silly and verging on cheap pulp fiction. I now suspect it was inspired by the real life scientist John C. Lilly and events around his experiments with teaching dolphins to speak, in particular an experiment with an actual dolphin called Peter. Lily was a deeply flawed scientist but was one of the first to recognise the emotional complexity that dolphins are capable of. So, I'm curious to re-read it.

What I remember of the story is:

Not much to go on as admittedly I never finished the book. There was a very 1960's or 1970's sort of atmosphere to the book. I recall the cover being blue and featuring an image of a dolphin , a naked woman, and stars.

It is not Dolphin Island by Arthur C. Clark, and I don't believe it is Day of the Dolphin (translated by Helen Weaver from the French source novel). I saw this film many times as a child and though I have not read that book as far as I read in this unidentified novel, there was no similarity in terms of plot. All these stories were inspired by real life scientist John C. Lilly. So, if anyone can identify it or at least suggest a likely candidate novel I would appreciate it.

While I can't be sure this is the cover you remember, it is blue and has both a woman and dolphin (though no stars): 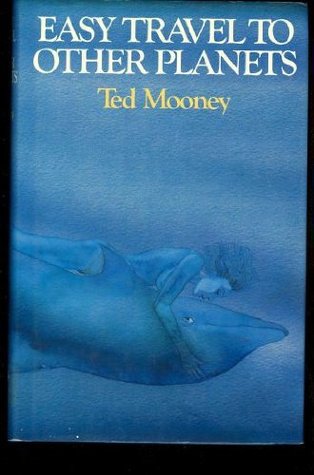 The plot indeed involves a woman living in a flooded house with a dolphin, and they become lovers early in the story.

It took Melissa nearly the full three weeks to grow used to sleeping in the bed in the bed that hung suspended from the ceiling of the flooded house, and even then, even after she had surrounded the bed with shower curtains to protect herself from water either splashed or slapped, she would find herself awake in the night’s stillest hour, listening to the pumps dull pulse as it circulated fresh seawater through the rooms, listening beyond that to the sea’s slow suck as it entered the cove on which the house was built. And from the center of her insomnia she would gaze up through the skylight above her at the meteor showers that streaked the Caribbean sky, and she would think: I am going to die from the strangeness of this. By morning I will be dead of the aloneness and the strangeness.

But when the dawn did come, and with its first light the sound of Peter’s speech—clicks and whistles and high-pitched creaks in an unoiled door as he swam into the elevator’s harness and pushed the start button with his beak, leaving the deep pool on the first floor to greet Melissa on the second and demand his breakfast—when she was again in the knee-deep water with the dolphin, stroking him and preparing him for the day’s first lesson, all her despair slipped away from her like clothes shed, and she was glad of everything.

While I can't find references for all the elements you remember, this article about the book does suggest at least one scene at a race track in the first 47 pages:

Are you certain that it is not Lilly's nonfiction book, The Mind of the Dolphin: A Nonhuman Intelligence? It chronicles his experiment, including Margaret Howe Lovatt moving into the flooded house, and her sexual encounters with Peter (which never went further than handjobs, which she felt helped calm him enough so that they could communicate). 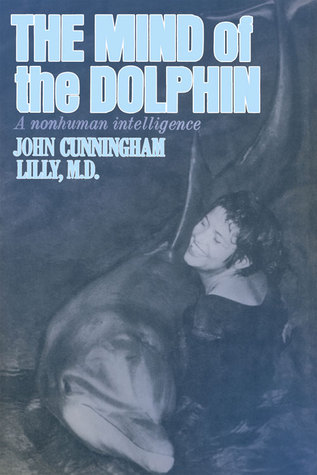 “New totally unexpected sequence of events took place,” Lilly noted excitedly. “I feel that we are in the midst of a new becoming; moving into a previous unknown…” As Peter became increasingly gentle, tactile and sensitive to Howe’s feelings he began to “woo” her by softly stroking his teeth up and down her legs. “I stand very still, legs slightly apart, and Peter slides his mouth gently over my shin,” she wrote in her diary. “Peter is courting me… he has been most persistent and patient… Obviously a sexy business… The mood is very gentle, still and hushed… all movements are slow.” Today she talks about the whole experience philosophically: “It was very precious. It was very gentle… It was sexual on his part. It was not sexual on mine. Sensual, perhaps.”

11
What is the novel with a John Carter like hero from the pulp era?
13
What 80s sci-fi novel has a volunteer take an injection that increases IQ?
7
What scifi novel with an eco-theme had a separate, primitive species of humans and a kind of insect hive mind?
6
A human traveling back in time to when both Homo sapiens and Neanderthals were around
6
1960s SF novel with sub war, telepathy, dolphins, recreational drug that makes you sick, then cures you for fun
11
Novel about signals from aliens that turns out to be from dolphins
8
Identify story about girl on alien planet with western feel
2
Trying to recall novel that begins with spying on a naked witch performing a ritual
7
Help me identify a novel I read back in the late 70’s or early 80’s — “Eureka” and hi-tech astral projection