How has magic changed in the Marvel Universe?

I've been catching up on my Marvel Unlimited reading and noticed several people saying that "magic has changed." I've mostly noticed Dr. Strange saying it*, but I think the Scarlet Witch has mentioned it a few times as well, and possibly Magik.

These are all semi-current issues (6-12 months old), so I think the "change" must have been fairly recent.

What was the change? What caused it? 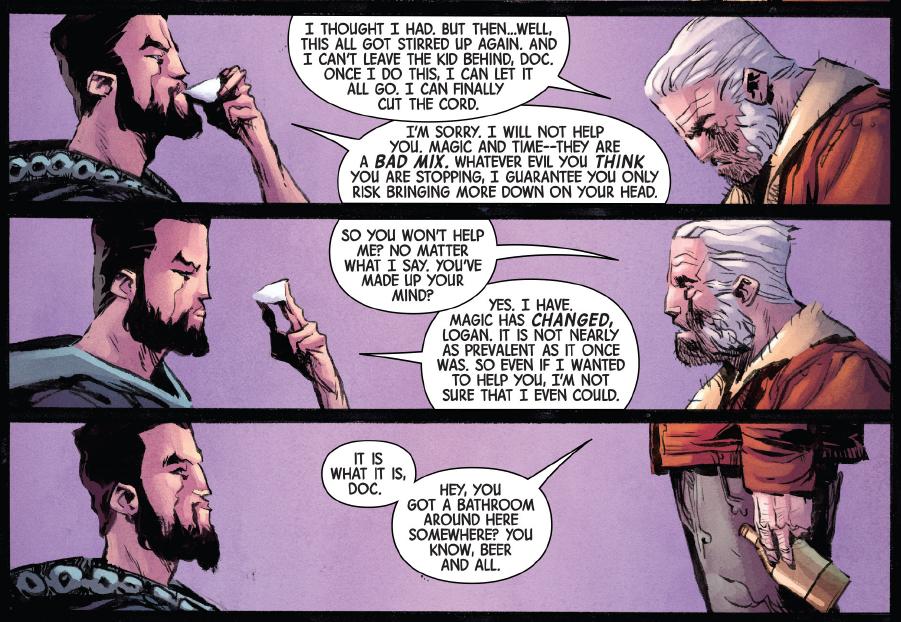 In March 2016, a story arc began in issue 6 of Doctor Strange. In this arc, a group of badguys named the Empirikul came to the Marvel 616 dimension to strip that reality of all known magic.

When they reached the dimension of Doctor Strange, the Empirikul assaulted several magical landmarks of the Earth until they reached the strongest of them all, Strange's Sanctum Sanctorum. The Imperator confronted Doctor Strange himself and defeated him even after the sorcerer had siphoned all of Earth's magic to empower himself. The most prominent magic users of this dimension were defeated and brought to the front of the Sanctum Sanctorum to be sacrificed.

This has been collected in Doctor Stange Volume 2: The Last Days of Magic. In lieu of screenshots, I recommend reading through the first few pages of this (which you can do for free on Amazon) to get a good breakdown of all of the above.

In the aftermath of this arc, magic is said to be all but gone from our reality. Then begins some time travel shenanigans (because comic books), but when you hear people (especially Doctor Strange) talking about a change in magic, they're talking about it being gone as a result of the fight with the Empirikul.

Not the answer you're looking for? Browse other questions tagged marvel comics magic doctor-strange or ask your own question.