Is there any example of a vessel colliding with a cloaked object?

There are a surprising number of objects flying/floating around that can cloak. While I know space is, like, really big, I would have thought that cloaked objects, which have an innate advantage in areas that other ships would tend to congregate, would occasionally be involved in a collision with something. Are there any examples in Star Trek of a vessel colliding with another cloaked ship or other object? EU references are fine.

In Star Trek IV, a whaling ship in 1984 attempts to fire a harpoon and, to the shock of its crew, their harpoon bounces off of a cloaked Klingon Bird of Prey (skip to 2:15) captained by James T. Kirk, which then proceeds to decloak and chase the whalers away. In this case, it appears that Kirk wants to get in the way of the harpoon, essentially using the ship as a shield.

Cloaking technology has been used to conceal minefields. During the 22nd century, the Romulans employed cloaked mines, one of which caused significant damage to the USS Enterprise (NX-01): 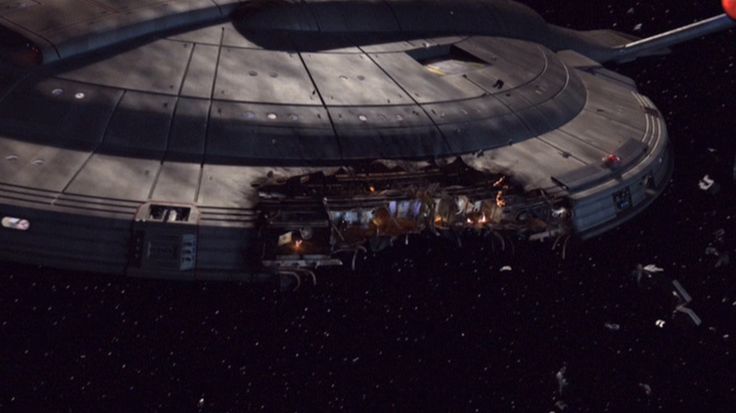 We don't know for certain whether the mine actually collided or detonated with a proximity trigger; Reed describes it as "a thermo-kinetic explosion on the outer hull". Another mine however, definitely did collide with the ship, but failed to detonate: 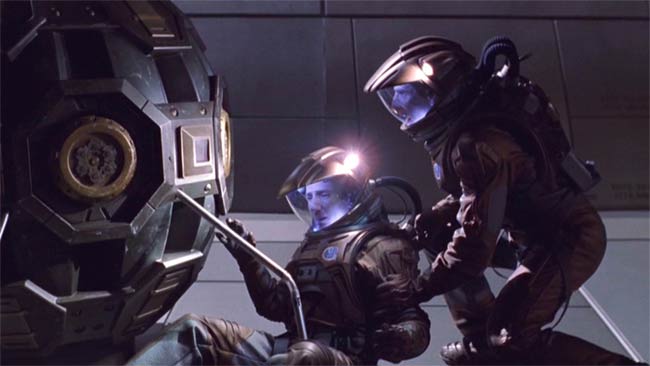 In the 24th century, the Federation used cloaking technology on board the self-replicating minefield guarding the mouth of the Bajoran wormhole. I don't believe any ships ever triggered with these mines, however (and even in the event that they did, they were on proximity triggers, so it's unlikely that actual collisions would take place).

There is a TNG episode, The Pegasus (S07E12), that features a prototype ship, called herself Pegasus, used to test various technologies.

One of such technologies was a Phasing Cloaking Device, that besides providing "standard" cloaking, also let the equipped ship to pass through normal matter.

Of course, not everything went well, the cloaking devices breaks and the little ship rematerializes inside an asteroid: 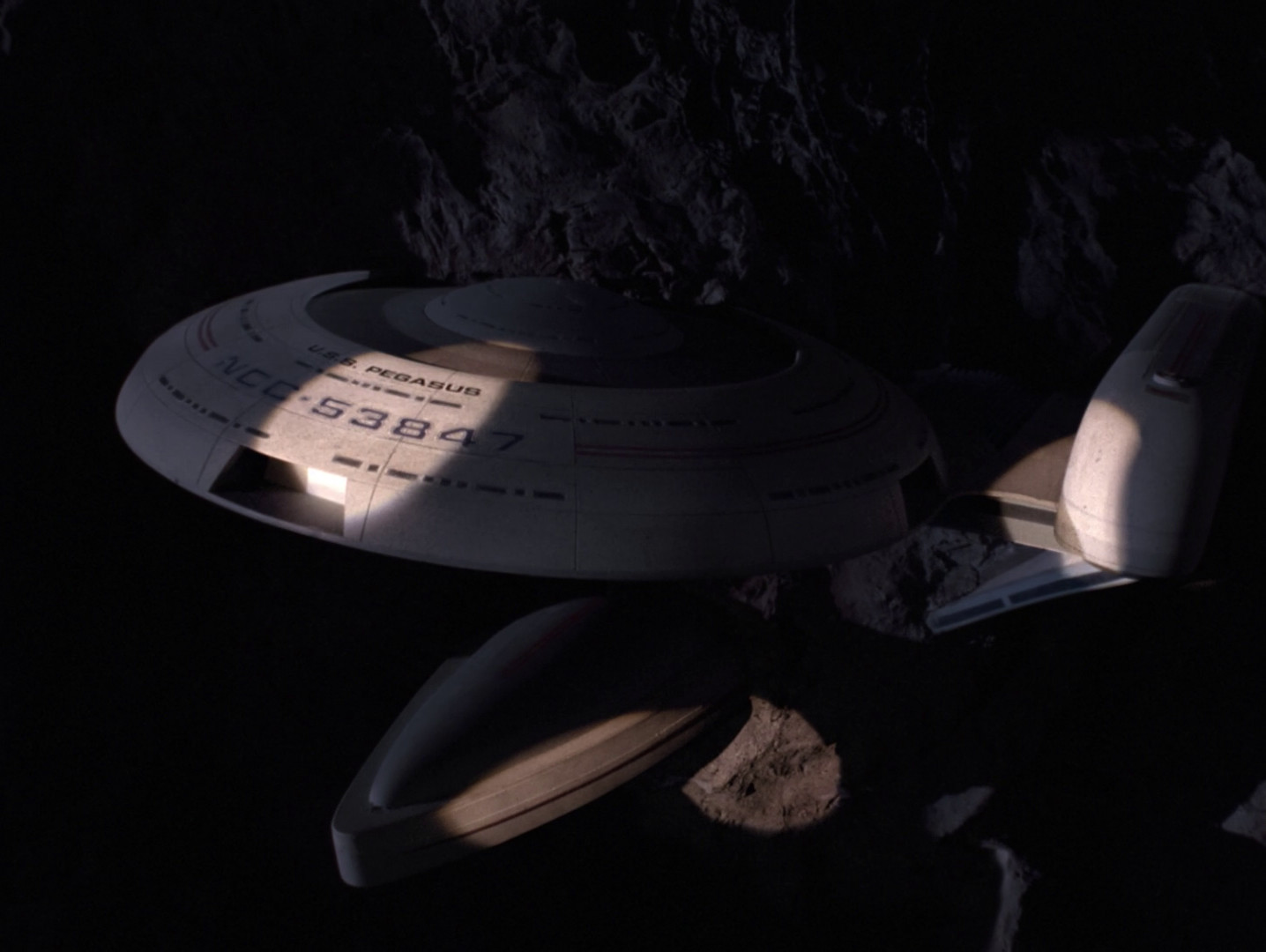 NX-01 Enterprise collides with the cloaking field of multiple Spheres, the first one unintentionally because they didn't know it was there.

Not the answer you're looking for? Browse other questions tagged star-trek star-trek-eu or ask your own question.

6
How do Starfleet Sensors Actually Work?
18
Is there anything to stop cloaked ships from colliding?
37
Why was the Defiant so small?
29
How would Starfleet know what a Romulan looks like in Star Trek 2009?
14
Are there any Federation citizens who own/operate cloaked ships?
86
In Star Trek why is warp speed the ultimate litmus test on “galactic acceptance” of a civilisation?
12
Has there ever been a warp / non-warp collision?
23
Why was conn held by low-ranking officers?
2
Why do starships have a limited weapons range in Star Trek?