Which realm in Westeros had the best archers?

In A Song of Ice and Fire, great emphasis is put on the martial prowess of many characters, especially about swordsmanship and other melee weapons.
The reason, probably, is that nearly all the main characters are of noble birth, and, considering the strong influences of our own Medieval History on this series, this is not surprising: the sword is the main weapon of a knight and a noble, and even a symbol of knighthood itself.

Even the composition of armies seems to be described more on terms of knights and footsoldiers, we hear relatively less about archers.

I was wondering which Westerosi realm1 could boast to be the home of the best archers of the Seven Kingdoms.

With the rather vague best term, I mean, in example, a set of these features:

These are just a few examples that just came to my mind as a frame to better describe what I mean with best; answers are not expected (but welcomed, if possible) to provide all of these details. Please note that these are not required criterias, but mere suggestions, more ways to determine how best archers could be defined could be provided as well, as long as they are reasonable.

Summarizing: generally speaking, I'd like to know who were the most skilled archers in Westeros3.

I'm mainly interested on answers from the books, but I don't disregard the show if it gives some extra details.

Answers that give details about other continents of the ASOIAF world could be given as a bonus, but I'm really mainly interested about Westeros.

1 - With realm I mean the main subdivisions of the whole Kingdom that we all know: the North, Dorne, the Reach, and so on.
2 - One could argue that if an army devotes a large share of its effectives to archers, they should be really well reputed, hence most skilled.
3 - Yes, a shorter version of this question could have been "Who are the equivalent of the english longbowmen in Westeros?"

Which realm has the best archers in Westeros?

Well the other answer may have addressed a possible house, but I'm just going to reveal the most canonical answer we have.

Full credits to Aegon for the image

No the answer is NOT the Greyjoys! We simply do not sow know

The longest range bows in Planetos are Dragonbone, "greatly prized by the Dothraki" followed by those of the Goldenheart tree, used by the Summer Islanders.

However we care about westeros, where the only bows that seems to get mentioned are Dornish yew Longbows, used by the Westerosi in the Golden Company, and those made of Weirwood, as used by Bryden Rivers and Ygritte. Dorne and the North therefore seem to be the most equipt for making the best bows.

What we do know is there were some great archers (in the Seven Kingdoms), and we know where they were from. Since we don't know for a fact which realm was the best, I've decided to look at individual archers (of great renown or skill) and see where they came from and how those add up.

Below are noted the Summer Islanders, although not of Westeros they are believed to have done trade with Westeros from before the First Men came across the Narrow Sea.

The current standings are:

From the above tables. We can see that the Stormlands has produced the most talent, of which the Dornish Marches (part of the Stormlands and the Reach) were the key provider of skill. Dorne proper, however only produced one renowned archer, as did various other realms. Considering we have 4 unknowns, any of the realms could take the top spot and be the greatest. So I'm going to conclude with a bit of conjecture, but considering the Summer Islanders did trade with Westeros from before the first men, and Landed at Old Town and King's Landing, it is likely their trade was taught around nearby southern ports. Leading on to my additional bit.

Finally, the Summer Islands are infamous for their archery, although they are not part of Westeros and the Seven Kingdoms, they are known for their great skill with a goldenheart bow and producing bows which are second only in range to those made of dragonbone.

List of things I plan to work on: - More on Lannister forces, the Night's Watch and the Bog Devils. - Possibly revised list of Archers and a better explanation of what it means. - Evaluating the history of Archery (if any) in Westeros. - More on the Summer Islanders, Ghiscari, Dothraki and other Essosi and Sothyrosi archers.

I don't know about a whole Realm, but House Sarsfield (Bannermen to House Lannister) seems to have prided itself on its archery.

Their sigil is a green arrow on a white bend on green. And their motto (semi-canon) is "True to the Mark" 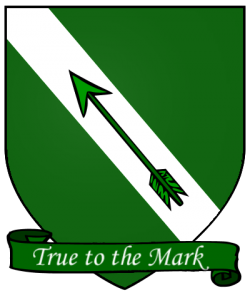 I think the best answer is we do not know, just like Edlothiad suggested, however, we need to give special consideration to the Iron Islands.

Here, Theon boasts for the archery skills of either Greyjoys or of all Iron Islanders. Moreover, Maester Luwin does not correct him.

This further makes sense, because naval warfare requires extended use of archery compared to land warfare. While Iron Islanders are good with archery, navigation and personal combat, they are not good at horsetop and they are (probably) not good in fighting in formation. Note that all good infantry must fight well in formation, that is the real strength of Unsullied.

The above analyses show that there is no a major archery power within any formerly acknowledged Westerosi House or Realm.

However, as of the end of A Dance with Dragons, the Golden Company landed in Westeros at Griffins Roost in the Stormlands with up to 1000 archers.

1,000 archers, a third of these archers are listed as crossbowmen while another third are said to be using double-curved horn-and-sinew bows of the east. The final part of the archers consist of men with Westerosi blood who use big yew long bows, and fifty Summer Islanders using great bows of Goldenheart.
http://awoiaf.westeros.org/index.php/Golden_Company

Whatever bow they carried, all of Balaq's (the Golden Company Archery Commander) men were sharp-eyed, seasoned veterans who had proved their worth in a hundred battles, raids, and skirmishes.
A Dance with Dragons, Chapter 61, The Griffin Reborn.

This means they have roughly 300 Westeros Longbowmen which we can assume are very similar to the English Longbowmen. This is by far the biggest contingent of Longbow type archers we hear of and are all of Westerosi blood.

Therefore the best archery force can be found in the Stormlands but we might want to rename this "The Kingdom of Prince Aegon Targaryen".

Bonus Points from the Books: The Night's Watch has several hundred recruits who must all practicing archery every day. This is reminiscent of the archaic English laws saying boys and young men must practice archery everyday. If we also add in the Wildlings at the wall - many of whom hunt with bow - we might have a >1000 strong archery force in the North.

As well as all the excellent information in @Edlothiad's answer we also learn of at least one other house that is apparently renowned for their archers. 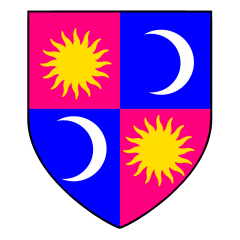 "Tyrell swords will make me king. Rowan and Tarly and Caron will make me king, with axe and mace and warhammer. Tarth arrows and Penrose lances, Fossoway, Cuy, Mullendore, Estermont, Selmy, Hightower, Oakheart, Crane, Caswell, Blackbar, Morrigen, Beesbury, Shermer, Dunn, Footly . . . even House Florent, your own wife's brothers and uncles, they will make me king.
A Clash of Kings, Catelyn III

Calling them out specifically for their archery when other houses like Penrose are called out for their lances and Tyrell for their swords makes it seem like they must at least have some good archers.

30
Is archery underestimated in the wars of a Song of Ice and Fire
25
Who was reputed to be the best swordsman of all Westeros?
2
Is the character Carrie Fisk from The Expanse inspired by Star Wars?

26
Are the Seasons the same throughout the world of A Song of Ice and Fire?
55
Could Khal Drogo's Khalasar really have defeated the Iron Throne?
30
What's the big deal with the Tyrells controlling Westeros?
9
Who is the dual wielding kingsguard in the Tower of Joy scene?
14
Is Sansa and Tyrion's marriage still legitimate?
16
How does Euron travel so fast?
25
Who was reputed to be the best swordsman of all Westeros?
16
Population of Iron Islands?
8
Where do small folks' surnames come from?
7
Is Arya Stark the heir to House Whent?