What coat of arms does Jon Snow use?

Jon is a bastard who joined the Night's Watch so he doesn't have any coat of arms nor the right to one.

he is killed and resurrected, he becomes King in the North. Just as any king, he would need a coat of arms.

Therefore, I expect he now (Season 7) would or should have a coat of arms.

In the image below we can see a double Stark direwolf. (but no colors, nor any indication that it will always be 2 wolves, ...) 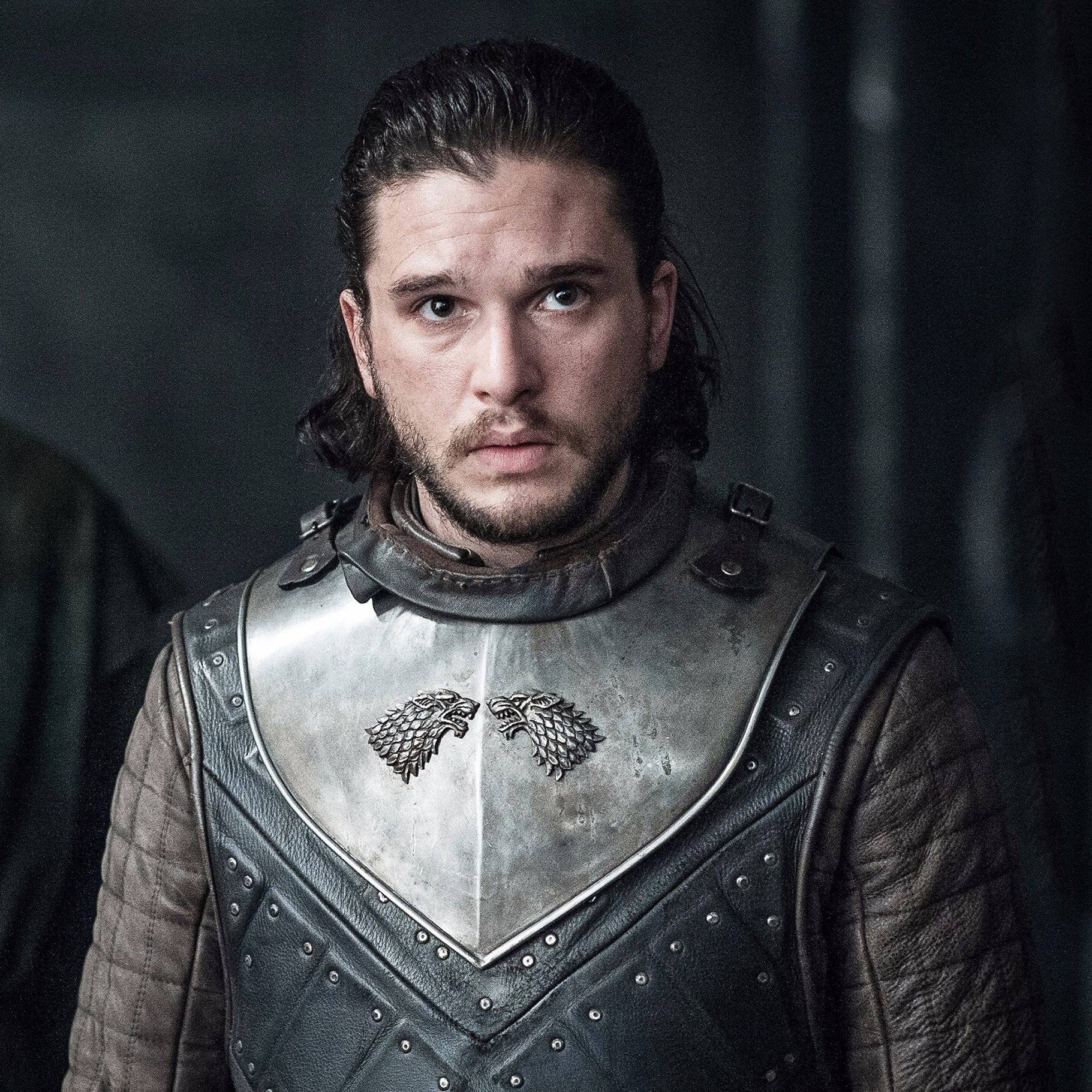 Does he use the same one as the Stark's? Did he slightly modify (play with colors, or mirror it) it like some other (mostly regulated) bastards did? Or did he create a new one based on the Stark one?

George RR Martin told the company Valyrian Steel to use the reverse colours of Ned's arms on their swords:

George R.R. Martin told us to use the Stark colors in reverse as that is what bastards in Westeros often do.
GRRM talking to Valyrian Steel 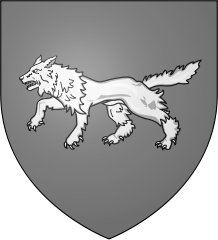 Although Martin has stated the above should be used for Jon's colours, he has never bore those colours himself. Whether he will in future books is a possibility but to date has not. Jon has this to say on the topic of bastards and arms. 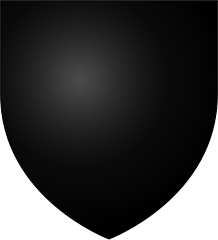 He uses the Black/Dark grey head of a direwolf on a white background as can clearly be seen in the following video when Jon meets Ramsay before the Battle of the Bastards.

However, as of Season 7 Episode 7 we learn that he is:

The legitimate son of Rhaegar Targaryen and Lyanna Stark so if he wants he can take the normal Targaryen Coat of Arms. However, being raised a Stark bastard and not yet knowing about his true parentage it's likely he'll stick with the Stark banner or make a hybrid between the two.

Technically by the end of Season 7 we know he's entitled to three different coats of arms, but has sworn off two of them:

Those are the arms he might take but so far I haven't seen any banners that are definitely his on the show and I'm getting nowhere reading the books.

15
Which known Targaryens had personal coat of arms in addition to the three headed dragon of House Targaryen?

18
If this speculation about Jon Snow is true, would he be allowed to leave the Watch?
6
How do we know if a noble House of Westeros exists?
16
What does "You know nothing, Jon Snow" mean?
14
Why does Daenerys get a title on her birth?
22
To what extent does Jon Snow have abilities as a Warg
7
Why did Lords of Vale swear allegiance to a Northman?
27
Why does Jon Snow have dark hair?
8
What coat of arms does Euron Greyjoy use?
0
Could Bran Stark be the rightful King under certain circumstances?