Medieval fantasy book where an evil sorcerer tried to use magic to make the new weapon, a cannon, explode

I've been trying to remember a book, but for the life of me I can't. I read this in middle school, about 10 or 12 years ago, but the book looked older then. It was set in a medieval time period, but one of the plot points was the villain was going to use magic to make a cannon explode and kill the king (brand new invention I think, and to make it explode so people would not want to use them because they would be "dangerous"). The main character was a female warrior, she may have been a priestess. I think the main villain was a demon or sorcerer, but I'm not for sure. I can remember on the cover there was a dragon, and 2 character wearing blue and yellow I'm pretty certain.

After the cannon incident (didn't explode, heroine stopped the magic), I think an invisible army was revealed and the castle where this was taking place was then under siege.

Our library shelves were sorted by author, and I am pretty sure that Paul Stewart, author of the Edge Chronicles, was either on the shelf above or below this book. So the author's last name could have started with an S, but to be safe, maybe R or T as well.

This is an extreme long shot but I am going to suggest The Last Days of the Edge of the World by Brian Stableford. The setting is medieval or fantasy based as you describe and the main character is a resourceful female sorcerer. The cover features a dragon like creature and two characters dressed in blue and yellow. Here is a link to an image of the cover which may jog your memory. 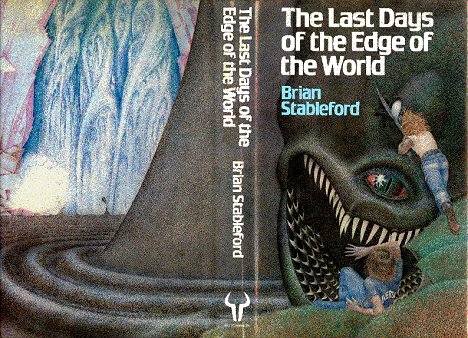 The author's name falls in the correct area of the alphabet as you suggest. It also features a defined ending with no cliffhanger and is not part of a series. It is more than twenty five years since I read this so can't be certain about the other plat elements you describe. I do recall a scene in a castle but am unable to recall the scene you mention with a cannon.

5
90s fantasy book about evil sorcerer building tower using human remains as mortar
8
Fantasy book where character can see visible magic elemental threads of different colors and lengths
7
Sci-fi/fantasy book where a female character reads a paper and is sent into Norse mythology
15
Book where a pickpocket steals a sorcerer's stone and becomes his apprentice
4
Book (or series) where magic users clasp hands with the catalyst and say "Catalyst give me life"
3
Horror/fantasy short story about a strange man in a (magical?) cabin in the woods
17
Fantasy story; one type of magic grows in power with use, but the more powerful they are, they more they are drawn to travel to their source
6
Book (maybe series) about someone going to a magic academy, who has no magic of his own, but can act as a conduit/amplifier for the magic of others