I'm looking for sci-fi novel title, hopefully someone has better memory than me.

A female protagonist in a world (all is actually set in Solar System) where humans are nearly/extinct (I recall 'pink goo' as a term for human flesh) and the remaining beings (created by copying/cloning humans hundred of years ago) live in feudal hierarchy with slave labour etc. She is travelling through Solar system adapting her body as needed in different environments (low temperatures on dark side of Mercury). Soul/memory chips. Arbeiters. 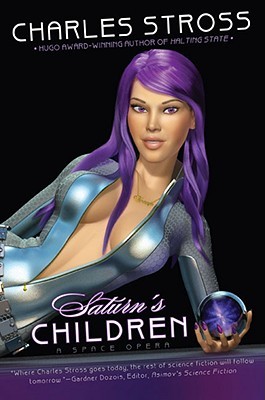 Pink goo, green goo: ribonucleotide-based self-replicating nanomachines, respectively powered by subassemblies of mitochondria and chloroplasts; these are the things of which the biosphere was built (The "biosphere" was the maintenance environment within which my Dead Love's kind thrived).

The protagonist, Freya Nakamichi, was a sex-bot, designed to look and feel human. "She", of course, is her "soul chip" - the body can be replaced or altered.

Humans are extinct, but this might change as the robots have complete DNA sequences and the technology to clone humans back (as happens, say, in the Robot Geneticists series by J.S. Morin).

The semi-feudal hierarchy of the Solar System robots is going to be thrown in disarray by the reappearance of real bio humans, cloned by some robot, because in addition (if I remember correctly) to the Asimov Laws, Freya's kind are hardwired to obey biological humans.