What's with the apparent cyborgs on the Shenzhou bridge?

In the premiere episode of Star Trek: Discovery, there are at least two officers on the bridge of the USS Shenzhou with apparent cybernetic attachments: 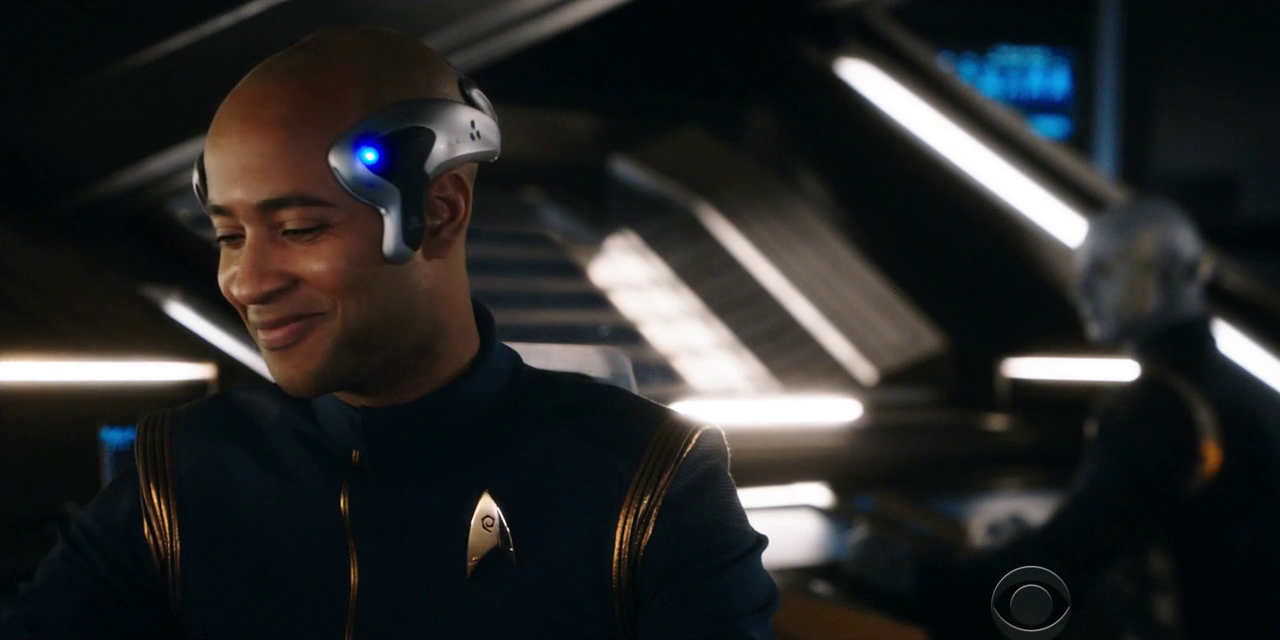 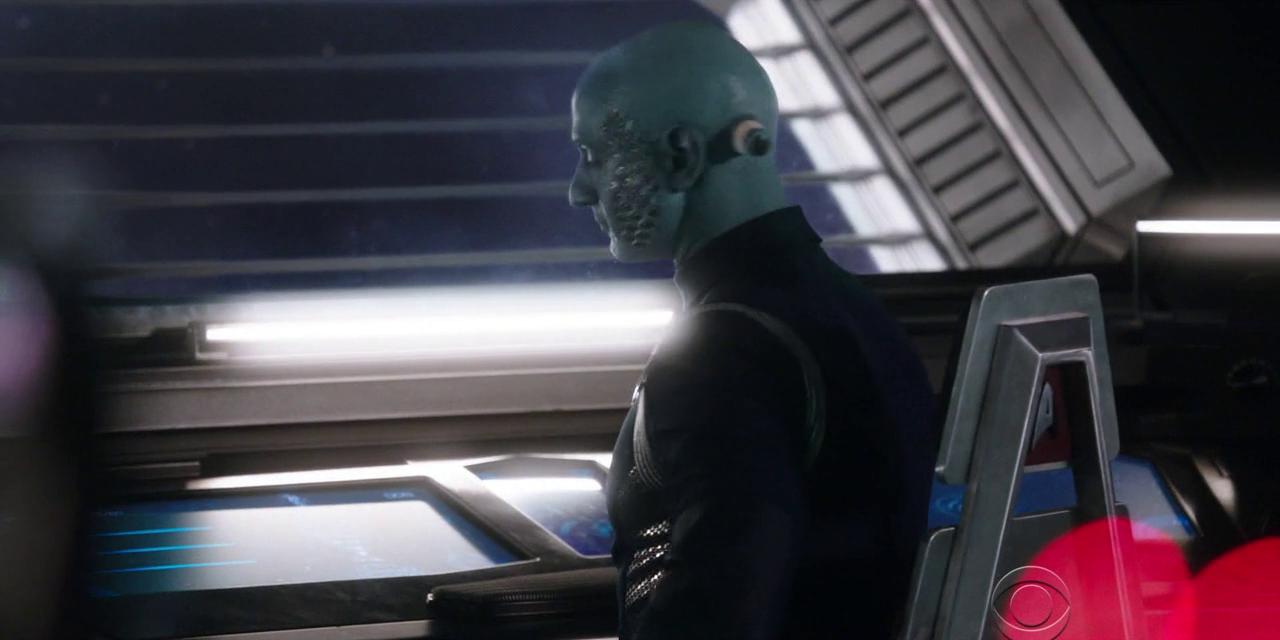 Has there been any creator comment about the nature of these characters, or how they came to be, apparently, augmented?

In episode three, "Context is King" we see that Keyla Detmer has had a similar device added compared to the first two episodes. 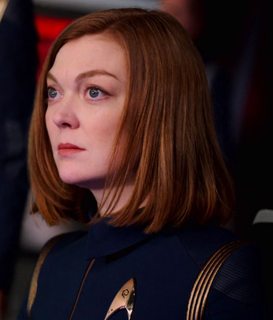 Especially paired with her coldness/anger vs. Michael Burham, it is clear that this prosthetic/implant is a result of her injury in the previous episode at the Battle of the Binary Stars.

So we must conclude that this type of (probably cybernetic) augmentation is relatively commonplace in the new canon, similarly to other changes such as the ubiquitous holographic communications.

9
Is Airiam supposed to be a robot or android?

22
When is Star Trek: Discovery set?
9
Is Airiam supposed to be a robot or android?
4
How did the Ship of the Dead survive being torpedoed in the Battle of the Binary Stars?
5
Is there evidence for a common ancestor between the Discovery's Tardigrade and Voyager's Nacene?
32
What's with the bias towards Japanese among the (few) East Asian officers in Starfleet?
0
How did Harry Mudd transport Lorca off of the Discovery bridge?