The title of this question is the best short description I can think of for this comic book/graphic novel series. I cannot remember the name of it, but for years I have been looking for it. I have tried googling, searching stores, and looking at online lists of comics matching that description.

The characters of the comic book were like reptilian and/or dinosaur humanoids, they were using what looked like modern day or advanced weapons. They were attacking a city/fortress and were also using large dinosaurs as beasts of burden to carry large weapons. This is the most I remember of it when I looked at it when I was younger.

I have tried looking through the list of dark horse comics and I have found nothing. It is not Age of Reptiles, Dinosaurs for Hire, or Dino Riders. I will continue looking. The only thing I can really add: The artwork looked modern (2000s) and they were using guns. Sci-fi guns but not laser guns. I really hope someone can help find it!

I scoured this list to try to find answers, but could not find anything. I remember they were using what seemed like ballistic guns but in a bigger sci-fi style. I also remember either large mecha or large dinosaurs carrying artillery. There may have even been a pterodactyl as the evil guy/boss. I had read it online and it was like a small sample or something. There were large beast carrying equipment and/or troop transports being shot at. I remember a few panels where the characters were all crouched in a hallway/alley way trying to get into the compound/city. The artwork was dark and the colors were saturated(?). This is all that I can remember.

I have been searching on a site like this with different filters to find it.

The comics are called Sigil 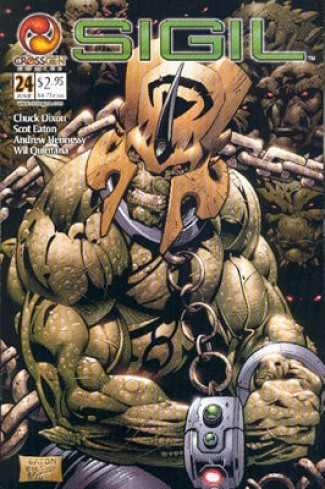 I randomly came across the Saurians from Marvel. Then came across these Crossgen comics. I scrolled through the collection, and this cover looked very familiar! Sigil #24. Also, Sigil #25 looks very familiar. I think I threw everyone off by saying dinosaurs, but in my defence, they ride dinosaurs! 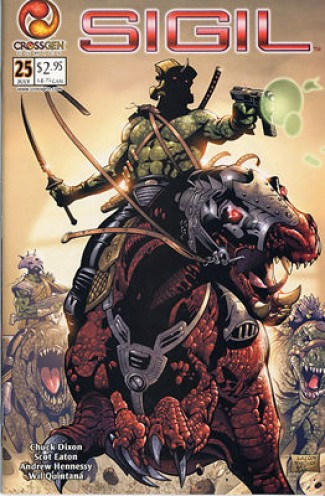 Now I just need to get my hands on these, and find the exact page I remember looking at...

Could it be the Dino Riders comic, based on the TV Series of the same name? 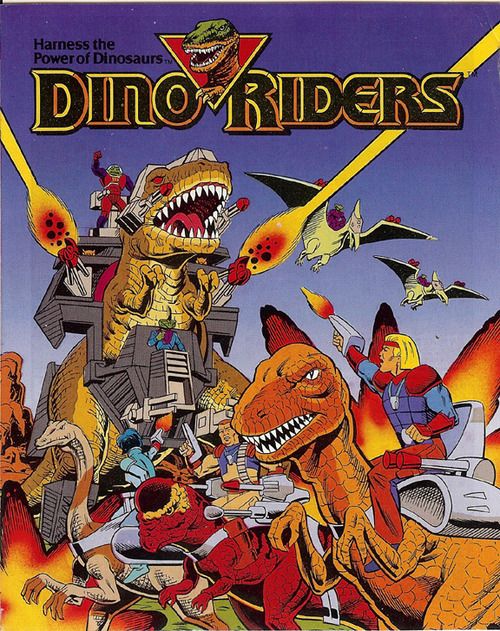 It might be Dinosaurs For Hire. It had humanoid dinosaurs using uzis. They lived in a mansion and eventually attacked Dracula's castle. I don't think they used other dinosaurs to carry weapons, though. 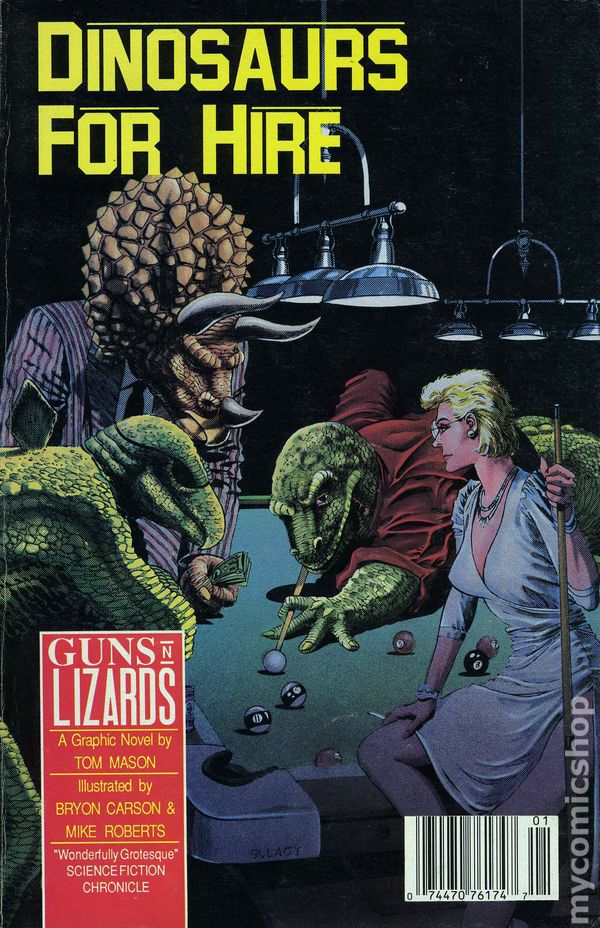