Why do Vorlons live in special gaseous rooms in Babylon 5, given that Kosh can be seen walking around the station with ease?

Humans need to wear a gas-mask when visiting Kosh in his gaseous room in Babylon 5. It suggests the Vorlon species need certain atmosphere to survive, like humans need oxygen to breathe. If that is so, why is Kosh able to walk freely around the station like a human without wearing an "oxygen" tank?

The official line from the Vorlons is that Kosh's encounter suit allows him to move around the station with his protective atmosphere inside it. They are Vorlon tech, and thus near magical in nature. Although it's not explicitly stated, they could easily be converting atmosphere on the fly.

The Vorlon encounter suits are a ruse, and the evidence suggests that the special atmosphere is also a ruse. In the episode "The Fall of Night", Kosh emerges from his encounter suit to catch a falling Captain Sheridan who would otherwise die. The different races perceive Kosh differently, but he appears slight in build (much smaller than the encounter suit, it seems) and to humans resembles an angel. (It is not clear whether the onlookers at Sheridan's rescue see Kosh's actual shape, but the glimpses seen by the different races all appear to have the same build, just different facial features.)

Kosh is able to survive outside of the encounter suit and breathe an oxygen atmosphere. It is also the case that in "Babylon Squared" Valen is greeted by two Vorlons outside their encounter suits on Babylon 4. Kosh claims to have been fatigued after Sheridan's rescue, but it is not clear whether this is true, or if it is due to the atmosphere. It may be that what tired him was the mental effort of the apparent psychic projection to so many observers. This explanation is consistent with remarks by JMS as explained in this question about Vorlon appearance. The fact that many of the residents recognise Vorlons from their own myths and legends suggests that they are able to survive in a wide variety of atmospheres.

It is likely that the real reason for the encounter suits and non-Oxygen atmosphere is the same - to preserve Vorlon privacy. They wished to make sure that it would be as difficult as possible for the majority of races on Babylon 5 to interact with them, in order to keep interactions to a minimum. Similarly, the encounter suit appears to be shaped very differently from the Vorlon physiology revealed in Kosh's rescue. Both appear to be measures to allow the Vorlons to interact with the station's inhabitants while revealing as little as possible about themselves.

Kosh is wearing his "encounter suit" around the station.

It is implied that this suit supplies him with an atmosphere. Kosh, being more of an "energy being" is able to waive the rules and exit his suit in human quarters, but does so only twice during the series, for short moments of time. (Plus a longer sequence by two other vorlons elsewhere)

The special atmosphere in his room also serve to shield him from fraternising with the younger races. Even in his quarters, he choose to enter his encounter suit before conversing with the humanoids. As detailed in this answer on vorlon appearance, it is taxing for a vorlon without a suit to "maintain appearances" in front of younger races. 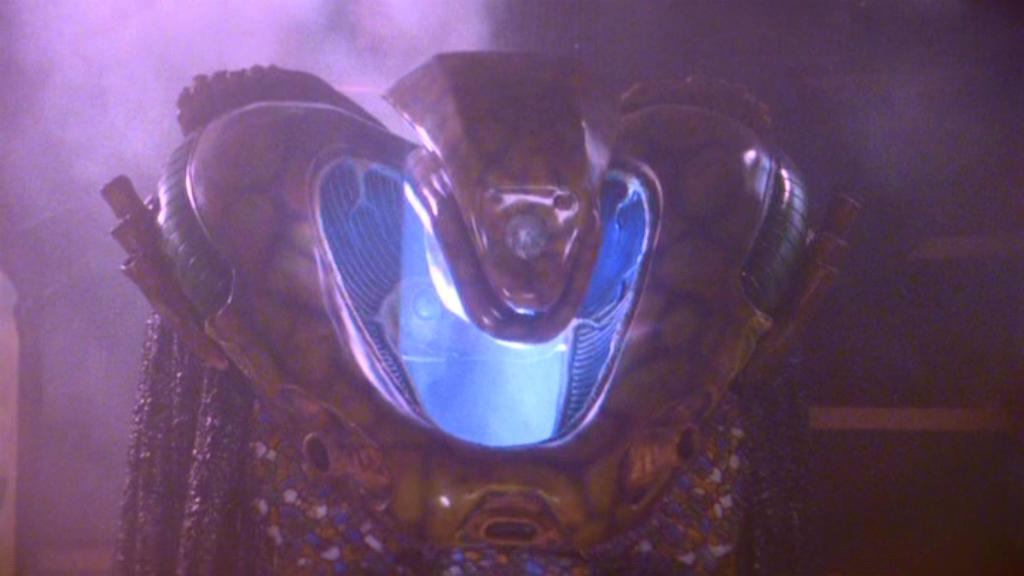 11
Can Vorlons control their true appearance?

30
How would anybody know how to poison a Vorlon?
15
Why didn't the Shadows ask the humans "What do you want?" on Babylon 5, given that other species were asked and humans were an important species?