I started reading a book, but now I can't remember the title...

It's in English, YoungAdult/Fantasy (I assume)...

I've only read the beginning; and it starts in a private school (for girls?) in a city (New York? London?). The main character is a girl who's lost her parents (or mother) and is nominally living with her aunt - she gets little money, so her school-uniform sweater is very worn. She shares a room with one or two other girls, and they're good friends. One is rather wealthy.

The main character has dreams about winter, snow, large woods, being followed and perhaps wolfs (I suspect werewolves, but don't know) - she thinks it has to do with her father, and that it may be in Russia.

The school is planning a trip to Russia (Moscow or St. Petersburg) for some students; but without money, parental permission nor shining academic standing it's unlikely our girl can go. But then a strange Russian woman visits, takes pictures of our girl, and pretty much insists she goes.

With a bit of forged permission, our girl and her two friends go with other students to Russia. But the three get separated from the other students, and takes a long train-ride. They're met by the woman from earlier and taken by horse-and-sled to a castle/manor - which is old and in ill-repair. The woman tells how the owners were killed during the Russian Revolution.

Well, does this sound familiar? Anybody knows the title and author?

The Wolf Princess by Cathryn Constable

As night falls and the wolves prowl, Sophie discovers more than dreams in this crumbling palace of secrets..."

Sophie is a orphaned child, living in London at a boarding school called the "New Bloomsbury College For Young Ladies." She remembered very little of her father and next to nothing about her mother. Sophie feels that she is squashed between her friends; Marianne with her high academic standards and Delphine with her equally high grooming standards.

One day, a mysterious woman comes into the school, demanding that Sophie show her around. Sophie does so and is rather taken aback at this extravagant woman. Soon enough, she somehow got to go to Russia on her school trip with her best friends and that's where the magic begins... ~The Guardian 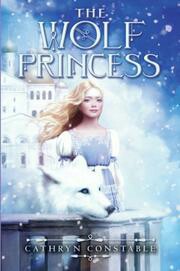 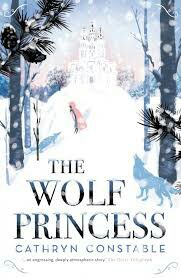 8
Book about a boy and future earth?
3
80's or 90's teen horror book
7
Searching For Horror Anthology Book Title
4
Book: Orphaned girl. fire, dancer/acrobat, grandfather, backwaters, wolves, werewolves?
6
Book about girl who moves to Wales then travels back in time
5
Book-series similar to the Selection-series, but with vampires
4
Book about a pair of girls who help a ghostly girl in a locked room move on
5
Isekai manga where the main character is the weakest among the students?