It was a space cartoon, sort of like a cross between Star Wars and Battlestar Galactica. Lots of star fighters and aliens. Here are the major things I remember:

Can't remember much more, will add if anything comes to mind.

It might be Space Strikers (1995). The series is famous for mixing 2D and 3D animation, you may recognize this feature.

In the far future, Captain Nemo (descendant of the original Nemo) must fight against Master Phantom, an old friend of their academy times in Terrestrial Commando Alliance who had an accident that twisted his body and his mind forever.

Before adopting the identity of Master Phantom, he was once human, and a close friend of Nemo's when the two were youths at the space academy. However, Phantom believes Nemo deliberately abandoned him on an asteroid during a meteor shower. Wounded, his life was saved by the evil Metallic, who turned him into a Darth Vader-type figure, part-man, part-machine. The consuming ambition of Master Phantom is now to establish dominion in space and to secure his vengeance against Nemo

With the Nautilus' crew Ned Land, Malcolm, Diana, Yonnak (a super intelligent alien dolphin), Victory the Solarian (a little and ghostly floating alien), Dacar (a blue werewolf) and Algren-18 (a three head robot), Nemo crosses the deep outer space in the endless searching for Master Phantom and his army of robots. 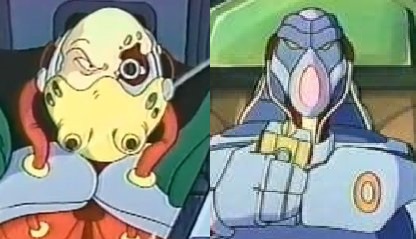 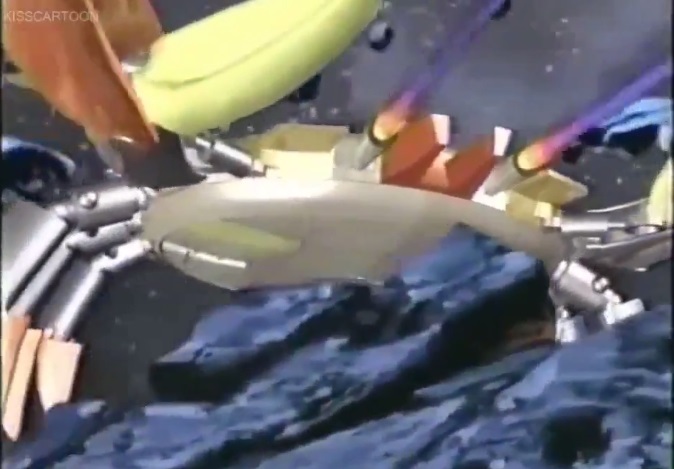 Captain Nemo and his crew

Not the answer you're looking for? Browse other questions tagged story-identification space cartoon or ask your own question.

34
What is this Disney scifi movie from the late 80s/early 90s?
5
What cartoon has a motorbike assembled from a cube and a civilization living in space?
5
Looking for Sci-Fi cartoon series from early 2000s
17
What cartoon featured insects who lived in a florist's shop and drank liquids to get superpowers?
7
Comic character from the 90s who resembled Spawn
5
Looking for a name of a cartoon/animated movie from 90's
3
Sci-fi anime set in space with a spaceship on the run from bad guys
9
A bald guy cuts his hand off instead of a chain to make an other guy fall into the void
7
Older dubbed film with partially ape-like evil henchmen