Why does that character have to die?

Why does Wallace kill that newborn replicant in the birthing room?

I can see only three possibilities, none of which is satisfying:

Wallace killed the Replicant because she was a failure.

It's all to do with the context; Niander Wallace was talking about reproductive Replicants and this new one was a failure, so he simply 'retired' her. He's got a 'god complex'. 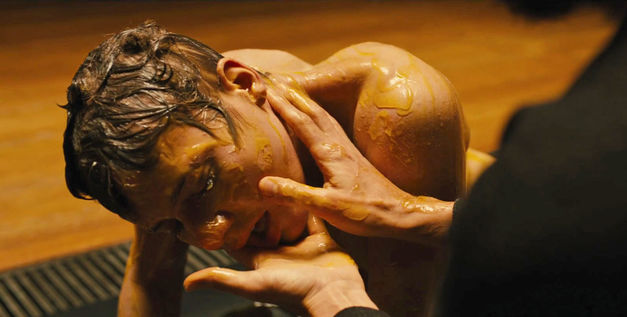 It looks like this birthing room within his quarters was a bit out of the ordinary, why would he have that happen there? If there a literally millions of Replicants as he himself claims:

It would be extremely inefficient to 'make' them, one at a time, in his private birthing suite.

The failed experiment
This tells me that the newly 'made' Replicant was Wallace's failed attempt at creating a Replicant who could reproduce.

In fact, he seems well aware of the fact that Eldon Tyrell had the means of creating reproductive Replicants. He seemed to have been trying to emulate the process.

Garbage collection
Wallace's reaction is to 'retire' the failed experiment, and in his frustration, he does it himself. It's unclear whether this is a normal practice for him, but he is definitely visibly perturbed.

Did you catch where he stabbed the Replicant? He did it in the spot where a female's reproductive organs would be. That's the key, he's gone immediately toward this newly 'made' Replicant, has a monologue about reproduction and how he can traverse the Galaxy and 'conquer the stars' (presumably with generation ships), then when he sees that it's failed, he kills her.

3
Is Niander Wallance a human or replicant?

1
Was this character born or made?
14
Why would Niander Wallace or Eldon Tyrell want Replicants to do this?
3
Why does Dr. Stelline work for Wallace?
16
Why does Luv say they're going "home"?
9
Are there any replicants with identical appearances in the Blade Runner universe?
6
Why would Joshi rather die than reveal K's whereabouts?
6
Why does Joi's dress change frequently?
4
Does K gather information from the bees?
11
Why does Deckard first ask Joe if he has a piece of cheese?
4
How does Joi know what the wooden horse looks like?