What did Elon Musk do in the history of Star Trek universe?

Paul Stamets: Time is an essential component of good science.
Captain Lorca: Discovery is no longer a science vessel. It's a warship.
Paul Stamets: That is not the mission I signed on for. I'm not a soldier.
Captain Lorca: Well, then get off. Leave the ship.
Paul Stamets: If I go, I'm taking everything with me. My spores, my drive. This entire ship was designed around my scientific specialty.
Captain Lorca: Everything on this ship is the property of Starfleet, Lieutenant. How do you wanna be remembered in history? Alongside the Wright Brothers, Elon Musk, Zefram Cochrane? Or as a failed fungus expert? A selfish little man who put the survival of his own ego before the lives of others.

This is an example of a narrative device that occurs in quite a few Star Trek episodes. A character lists three historical examples relevant to the events of the current story - one a real world historical event, another a reasonably plausible near-future event, and finally something completely fictitious referring to the far-future or alien worlds. For example, in the TNG episode The High Ground, Data has this to say on terrorism:

Yet there are numerous examples when it was successful: the independence of the Mexican state from Spain, the Irish Unification of 2024, and the Kenzie Rebellion.

The first example grounds the debate in reality, the second offers speculation on how our world will progress, and the third hints at a wider world with its own history beyond what we see. The Elon Musk reference falls into the second category - the show is saying that while he hasn’t done anything of Wright Brothers-level notability yet, sometime in the next few decades one of his ambitious plans is going to pay off and put him in that category.

the Wright brothers flew the first aeroplane, that is Real life.

Cochrane invented warp drive, that is fiction (for us).

By adding Elon Musk, they place the show not as much in an alternate universe that happens to have the Wright brothers in their history. But it tries to place the show in our future.

Obviously, they assume Musk will be successful with his space program. But hey, it's a nice nod to current events.

The Eugenics Wars (or the Great Wars) were a series of conflicts fought on Earth between 1992 and 1996. The result of a scientific attempt to improve the Human race through selective breeding and genetic engineering, the wars devastated parts of Earth, by some estimates officially causing some thirty million deaths, and nearly plunging the planet into a new Dark Age. (TOS: "Space Seed"; ENT: "Borderland")

Rising from the ashes of the Eugenics Wars of the mid-1990s, the era of World War III was a period of global conflict on Earth that eventually escalated into a nuclear cataclysm and genocidal war over issues including genetic manipulation and Human genome enhancement. World War III itself ultimately lasted from 2026 through 2053, and resulted in the death of some six hundred million Humans. By that time, many of the planet's major cities and governments had been destroyed.

Between 1996 to 2026, 30 years for Star Trek Universe version of Elon Musk to do something amazing, is unlikely since there was a mess after The Eugenics War: "new dark ages". All in all just a name drop to stay hip.

Chief Design Engineer Elon Musk / Spacex has made landing 14 stories tall 1st stages look easy when most were saying it was impossible, not to mention he has reused two of those landed boosters so far and has thus far turned the entire rocket launch industry on it’s Ear sending them scrambling by reducing launch costs so dramatically.

If you're not aware, Musk is pushing for Mars colonization. While he's not the only one, I would say he's got the most realistic view to date, complete with a company that, you know, already builds and launches rockets. If he pulls this bold vision off (which is still a really big if) he really will go down in history alongside people like Neal Armstrong. 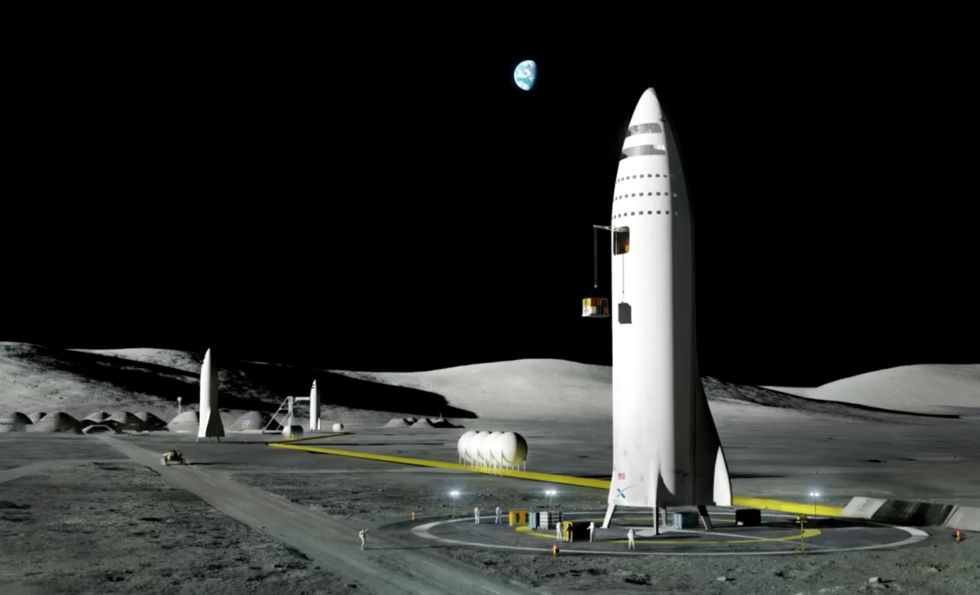 During a 40-minute talk in a theater, Musk spent considerable time sharing technical details about the "BFR" system, which includes a reusable rocket with 31 Raptor engines and a staggeringly tall 48-meter spacecraft. It seems that SpaceX hasn't quite yet come up with an acceptable name for the system. Last year, it was the Interplanetary Transport System, but now Musk has regressed to using the original, cheeky "code name" BFR, in which the B stands for big, the R stands for rocket, and the F stands for fun. (Not really).

The rocket, which would stand 106 meters tall, would have the capability to lift 150 tons to low Earth orbit under its fully reusable mode. It would have nearly double that in an expendable capacity, but Musk envisions flying the BFR for mostly reusable flights. Certainly, a rocket with 31 engines seems unwieldy, but later this year, or in early 2018, SpaceX will likely fly its Falcon Heavy rocket. It will be powered by 27 Merlin engines, which although smaller and less powerful, will nonetheless provide a test case for managing so many engines in flight.

I would say Discovery's bet on future famous space pioneers is the most sound they could make.