I'm trying to find a fantasy series that I read a few years ago, and I can't seem to find any trace of it in any of my records or collection. I've looked through similarly asked questions on several websites and found novel series like Runelords, Runemarks, and several other fantasy novels that have piqued my interest. However, none of them were the novel I read. I can't remember the name or title, but I can remember these details:

1) The main characters were a boy and a girl, an older brother and younger sister. The sister went to the academy to learn magic, while the brother trained to be a warrior. Over the course of the story she becomes adept at magic and he becomes a "swordsinger," an elite warrior who sings spells while fighting to activate the rune spells in their armor and swords.

2) Magic was mainly centered around runes. They were placed on or in things, and then activated with this spirit liquid stuff that was very rare and very expensive. This also means magic was restricted to a certain extent, an expensive luxury.

3) There were several wars, or rather several battles of some kind of major war. I can't remember all the details of the fighting, but there were a lot of tactics and strategy involved. Not quite Game of Thrones level deep, but the writer wasn't completely ignorant of military writing. The brother, as one of the few sword singers left after several battles, worked his way up through the ranks until he was basically commanding the whole army.

4) The main bad guys, aside from the mess of all the warfare in the foreground, were these super magical deity like characters that had been sealed away in another dimension a long time before. The female main character ends up on a quest to stop their resurrection, but I don't know if she does. I didn't get that far in the series.

If anyone can help me remember the name of this series, I would greatly appreciate it. 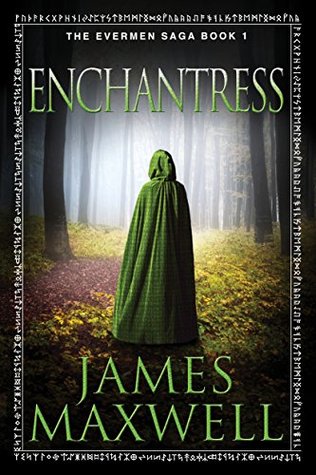 From the day Ella witnesses an enchanter using his talents to save her brother's life, she knows what she wants to be. But the elite Academy of Enchanters expects tuition fees and knowledge. Determined, Ella sells flowers and studies every book she can. Meanwhile her brother, Miro, dreams of becoming one of the world's finest swordsmen, wielding his nation’s powerful enchanted weapons in defense of his homeland.

A dark force rises in the east, conquering all in its path, and Miro leaves for the front. When the void Miro left is filled by Killian, a charming stranger from another land, Ella finds herself in love. But Killian has a secret, and Ella’s actions will determine the fate of her brother, her homeland, and the world.

From one of the reviews (emphasis mine):

here we start out with our 2 young protagonists, a brother and sister. They each want to grow...advance...be something special. She wants to be a sorceress he wants to be a "sword-singer". (Yeah if you read the book you'll get the gist of that.) Sadly the novel quickly falls into a pattern. Each of them faces some horrible problem to over-come...

Welcome to a world divided into Houses,each having their own magic system: some are animators (bringing to life golems and other mechanical constructs), some elementalists (with power over elements of nature), some gardeners (with powers over plants). All magic is achieved by writing and chanting specific runes with a black deadly substance called essence. All essence is controlled by a Templar-priest and his acolytes who swore to protect and help the poor and needy. The specific runes giving magic to the different Houses are each gathered into a Lexicon, guarded by powerful sorcerers. The Lexicons have numbers inscribed on their covers and they seem to be all part of a powerful relic left by a race of superior beings called the Evermen, around which a new religion was founded. The story centers on 2 siblings, brother and sister, who become the high enchantress and warrior-general of House Altura, whose particular magic is endowing ordinary objects with strength, light, stealth. They grow and come into their powers in the middle of a war which threatens the very foundation of their world and the magic they came to rely on.

There are wars in the later books, and apparently the "Evermen" come back, which might be the "magical deity like characters" you're thinking of.