What species is this alien on the bridge of USS Discovery?

Here is a screencap from Star Trek: Discovery, Episode 4 of the first Season: 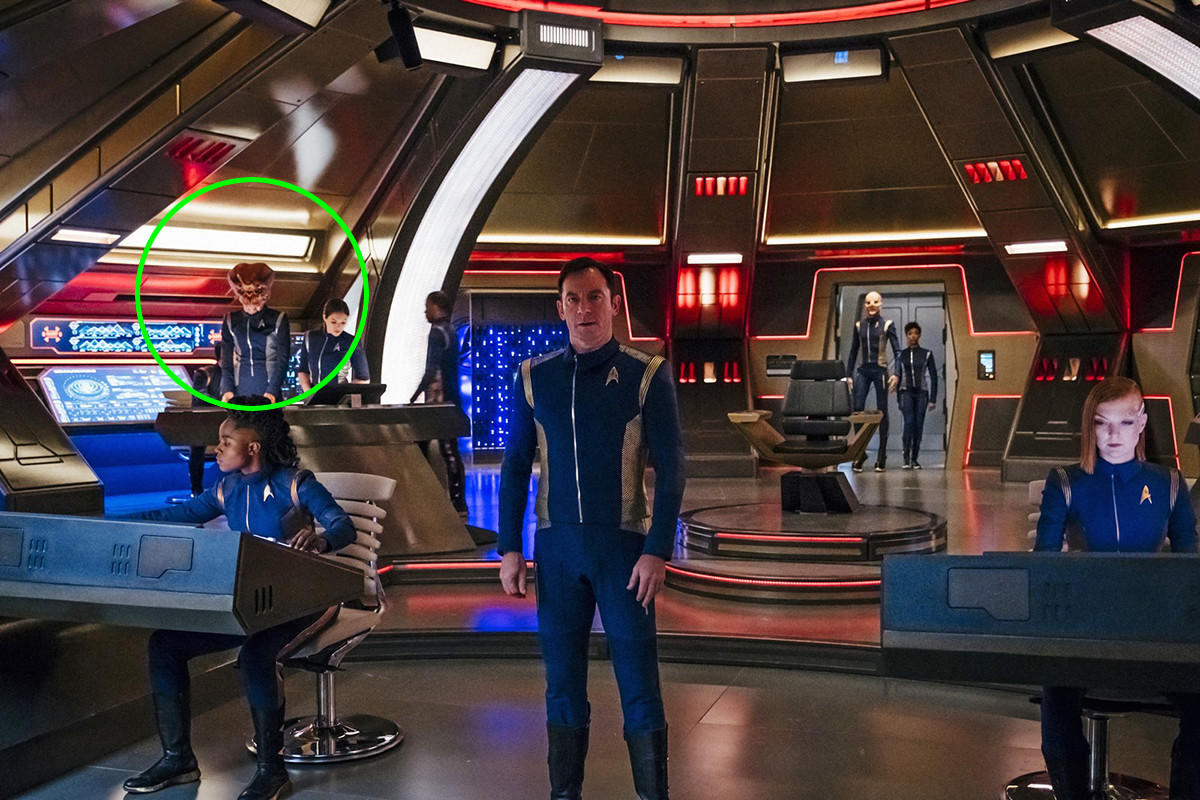 What species is the big-headed insectoid/arachnoid/reptilian/somethingoid alien to the left of the screen, standing on the station directly behind the black girl? Here is a close-up of our new friend in all of his beauty (well, sort of): 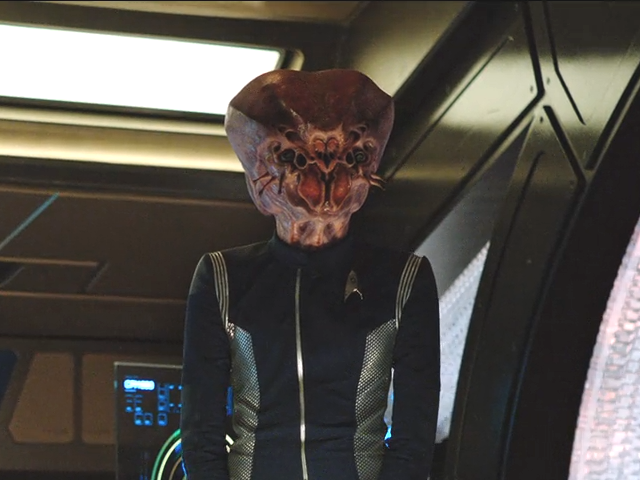 Is he a new alien created appositely for Discovery, or was this species already seen before in the franchise? What do we know about him or his species, other that probably trying to wear his jersey is not his favourite thing to do in the morning?

It might be an "Osnullus", a name which is attached to some large head prosthetics in behind-the-scenes material, but I can't find a primary source connecting the alien we see with that name.

Here is a slightly clearer picture of the character. 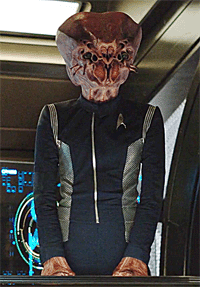 Several sites have reported Alex Kurtzman describing the character during a set walkthrough. Scott Collura reported the following from a set visit.

During our tour with the make-up prosthetics department (seen here with Lt. Saru's headpiece and Sarek's ears), we learned that at least two new types of beings will be part of the USS Discovery crew. One is known as Osnullus (he/she/it has a big old alien head) and the other is a synthetic human-like female character called Airiam who works on the bridge of the ship. The goal is to have aliens naturally mixed in with the human characters in the background as well as in the main cast.

Osnullus has been described as a new race for Discovery, and I am not aware of any similar-looking creature in previous shows or movies.

TvGuide mentions James Mackinnon showing off "Osnullus". However, the image used in that piece is of Saru's headpiece.

I think 'Osnullus' is the character name, could also be the species. But the actress, Avaah Blackwell, has it listed on her account under that name.

Not the answer you're looking for? Browse other questions tagged star-trek aliens character-identification star-trek-discovery or ask your own question.

12
Where is the USS Enterprise during the events of Star Trek: Discovery?
11
Why is the ship named USS Discovery?
5
How could the USS Discovery remain operational for 1000 years?
2
What are the combat capabilities of the USS Discovery?
4
What's the point of using Time Crystal when USS Discovery has got Spore Drive?
4
Who is the character in a suite at the DS-1 Orbital Station overbridge?
0
How did Harry Mudd transport Lorca off of the Discovery bridge?
11
Why did they change the registry number of USS Discovery?
9
Why was this Discovery episode named “Unification III”?