“Star Trek: Discovery” Uniforms: what is the meaning of their colors?

The new Starfleet Uniforms from Star Trek: Discovery are very distinctive and different from anything that we have seen before: 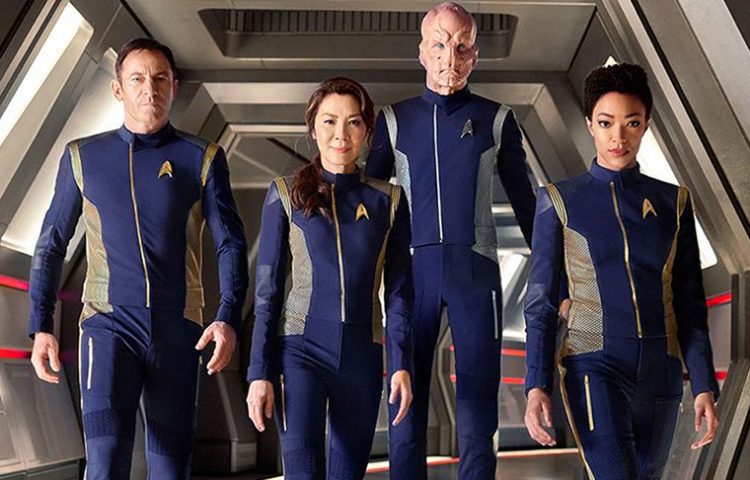 Especially their color scheme is decisively a new thing when compared to the old classic red/blue/yellow color code that represented one's department.

The new all-blue uniforms seem to be very similar, except for their shiny ornaments, that maybe also mean belonging to a particular department.

Do we know more about the new colors?

An interesting article at TrekMovie.com describes the new uniforms in detail, and tries to shed some light on the meaning of their features based on observation of on-screen evidence.

The most important functional1 features of the Discovery uniforms are:

The blue two-piece duty uniforms are adorned with decorations of different colors2, that denote the department that the wearer belongs to:

The more specific division inside a department is displayed as a symbol engraved in the badge worn on the chest. These symbols are the same used in the TOS era (see pictures below):

The ranks are engraved in the chest badge as a series of a maximum of four round pips, in the same fashion of the ones worn on the uniform's collar during the TNG era:

In addition to the pips, two slightly different badges are worn by admirals and cadets:

Furthermore, a Captain, besides wearing Gold ornaments on his uniform by belonging to Command department, has and additional golden pattern on the shoulders. An Admiral has this pattern extended into the uniform's arms.

Other features (like the the delta pattern on the side of the tops, or the stripes that run from shoulders to feet) seems to be identical on all uniforms regardless of rank or departments, so they can be assumed to have just decorative purposes. 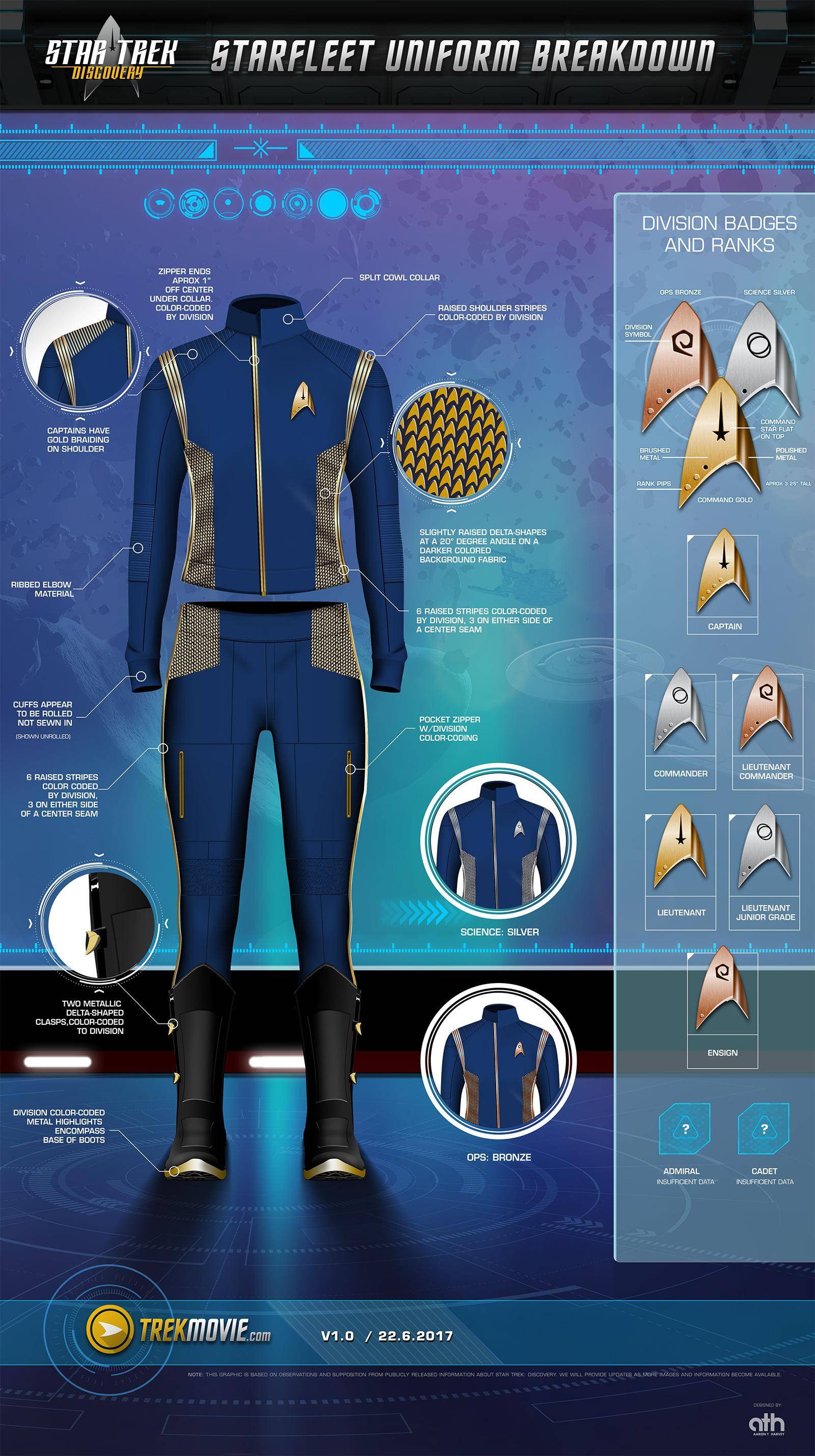 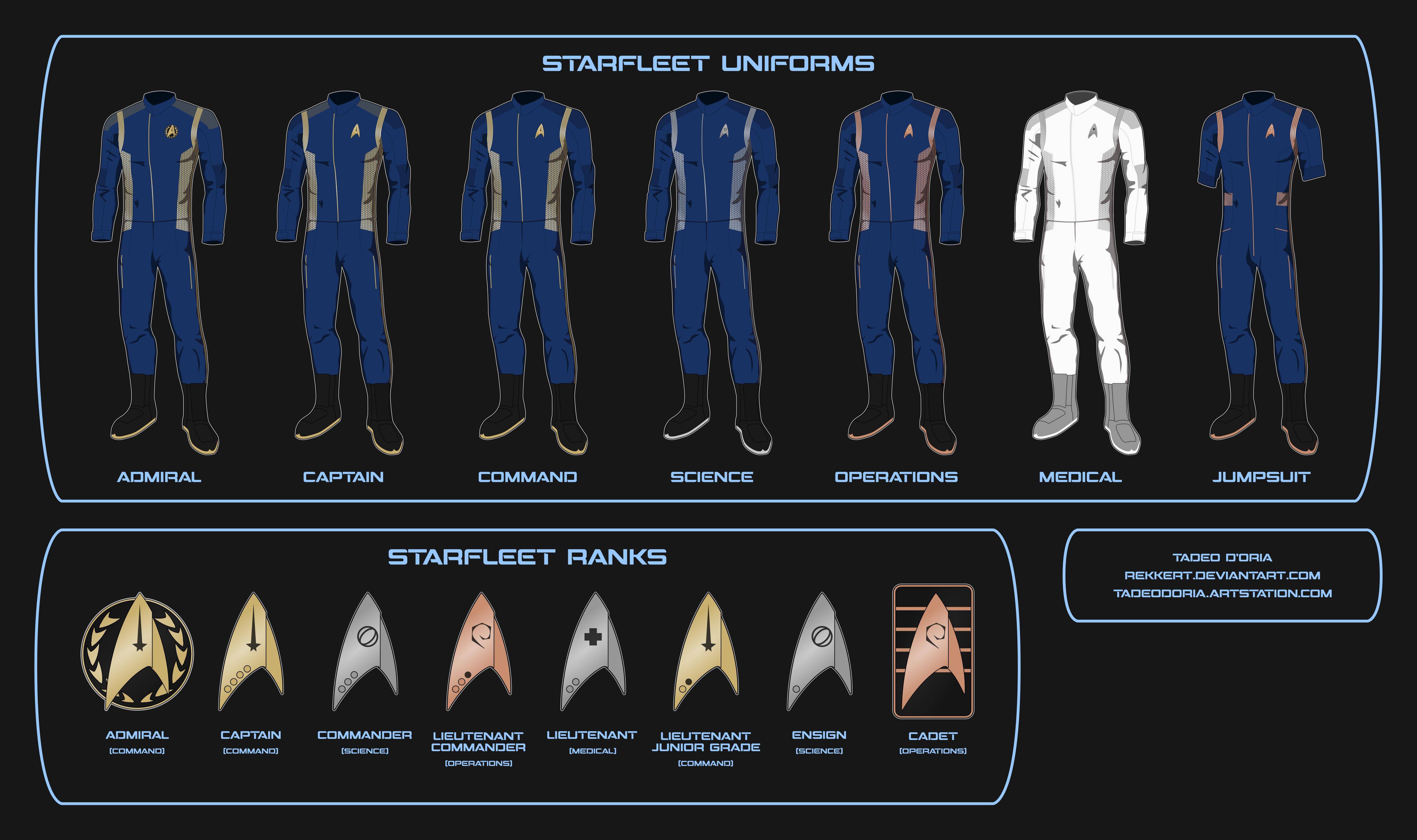 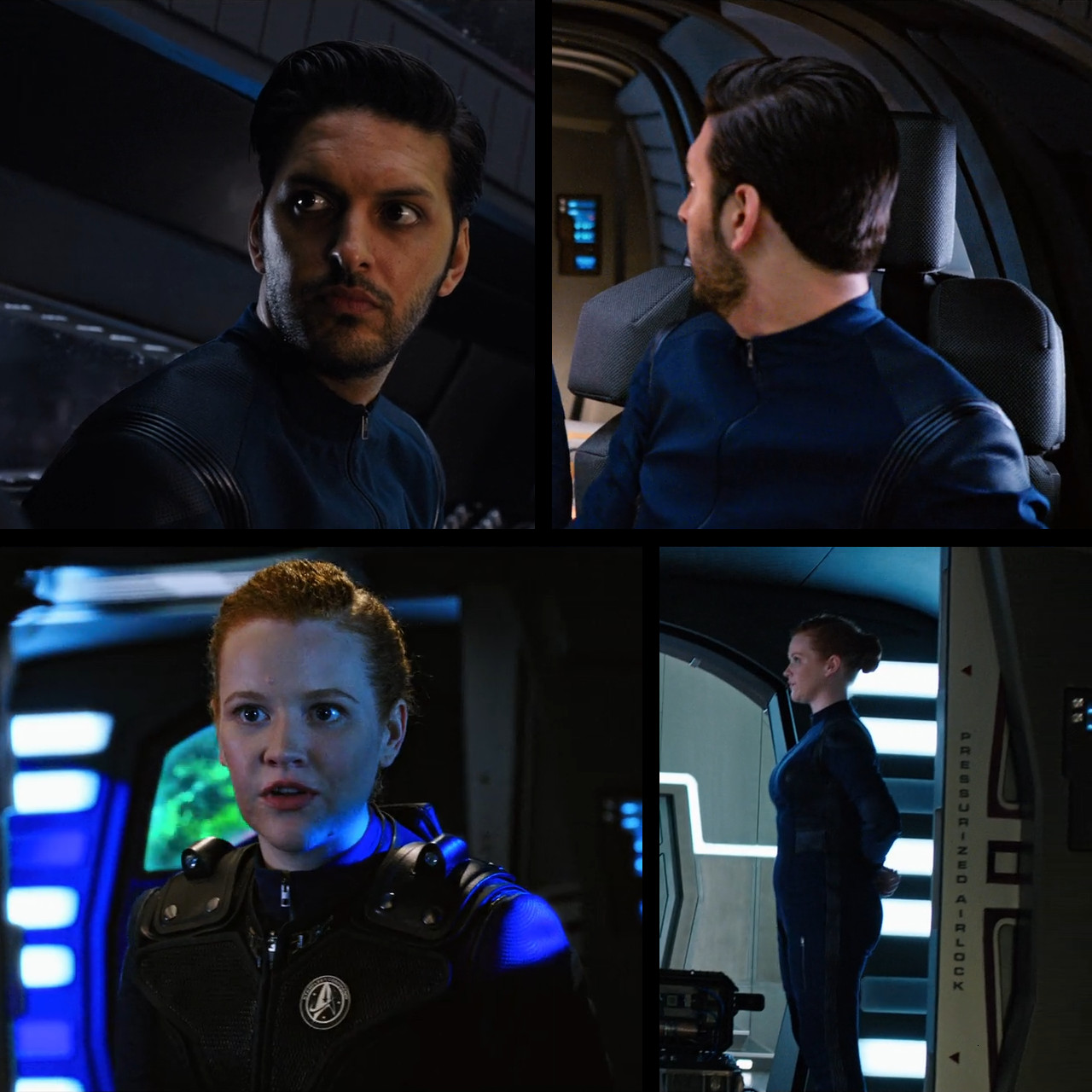 1. So, not only decorative, but serving a practical purpose to distinguish between ranks, departments, ad roles.
2. They appear to have just "metallized" the colors used in TOS: Yellow > Gold, Blue > Silver, Red > Bronze

Not the answer you're looking for? Browse other questions tagged star-trek object-identification star-trek-discovery star-trek-uniforms or ask your own question.

27
Meaning of uniform color in Star Trek Voyager
8
Is there any significance of the colors of Starfleet Uniform?