Why wasn't Myrtle more involved with the Basilisk parts of the story?

I was watching 'Harry Potter and the Chamber of Secrets' and found myself with intriguing doubts.

Moaning Myrtle houses herself in the unused girl's bathroom in Hogwarts. She would be able to interact with anybody that comes in the bathroom. Having said this,

How did Myrtle not see Ginny Weasley being taken to the Chamber of Secrets in her trance state?

Any activity in this particular bathroom will not take place without the knowledge of this ghastly girl. So how did she not know anything about Ginny's trance state and how she ended up in the Chamber? There is a scene when Myrtle weeps about someone throwing a book at her, but how come she didn't chase the person who threw the book at her? Come on, she's a ghost, and is fully capable of waltzing through the walls and following the person who threw it. 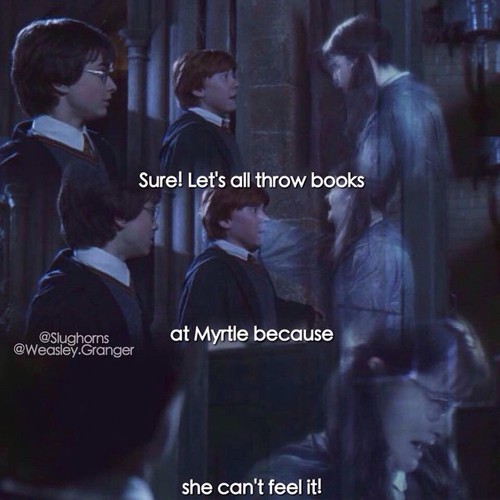 The second question is:

If Nearly-headless Nick was petrified by the Basilisk glance, why wasn't Myrtle's ghost ever petrified? 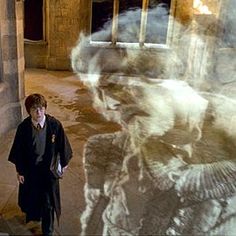 There is a scene in which Justin Finch-Fletchley was found petrified, but did not die as he saw the snake through Nick. Now Nick hangs petrified, mid-air, even though he is already dead. How come Myrtle, who could've seen the Basilisk, more often than anybody, not be known to be petrified?

NOTE:
My knowledge on the series is highly limited, so please excuse any mistakes I may have made.

1) Myrtle isn't always present in the main area of the bathroom, she often hides.

Harry Potter: "Did you see anyone near here that night?"

Myrtle: "I wasn't paying attention. Peeves upset me so much I came in here and tried to kill myself. Then, of course, I remembered that I'm — that I'm —"

2) It is never said Myrtle looked in the eyes of the basilisk when she's a ghost.

Not the answer you're looking for? Browse other questions tagged harry-potter basilisk or ask your own question.

20
How Did Ginny Weasley Set the Basilisk on Muggleborns Without Getting Killed or Petrified?
31
How was Nearly Headless Nick unpetrified?
15
How did the Basilisk manage to travel and kill?
18
Would wearing an Invisibility Cloak block the gaze of a Basilisk?
5
Why didn't Myrtle remember the Basilisk after her death?
10
How did Myrtle flood the bathroom?
33
Why doesn't the Hogwarts staff stop Myrtle from spying on students taking their baths?
11
Did Tom Riddle really try to kill Aragog?