Is Krillin the strongest pure human in the Dragonball Z Universe?

Ask Question
Asked 8 years, 4 months ago
Active 4 years, 9 months ago
Viewed 102k times
14
Want to improve this post? Provide detailed answers to this question, including citations and an explanation of why your answer is correct. Answers without enough detail may be edited or deleted.

In Dragonball the series keeps increasing power levels. Most of the truly powerful characters though are aliens or only part human. Usually in a fight all of the Z Warriors are taken down at some point but it always seems like Krillin is able to fight longer than any of the other humans. So is he the strongest actual human currently on Earth in the Dragonball Z Universe?

No, Uub, the reincarnation of Buu is more powerful than Krillin.

As the reincarnation of Kid Buu, who fought evenly against and ultimately outlasted Super Saiyan 3 Goku without any signs of fatigue, Uub is considered the strongest human character in the series. 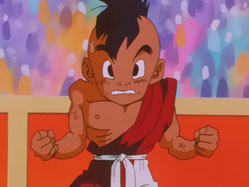 Krillin was the strongest human in Dragonball but not in Dragonball Z. The difference between the two periods is one is when Goku was a kid, and the other was when he found out he was a Saiyan, etc. 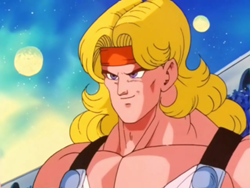 In conclusion, Olibu was the strongest human fighter on Earth.

Uub is the recreation of Buu because of the dragon balls so he can't be considered fully human. I dont understand Krillin because Videl has been training her whole life and can only fly.

Krillin is the strongest because in the Cell story arc he flys in and kicks Cell right in the face. Plus, Krillin's power level is far beyond any human's power level. He gained all his strength through training and hard work. Anyone else pales in comparison to Krillin's extreme work ethic. Krillin wasn't wished strong by some Dragonball bologna. He became strong by working out. May all of us learn a lesson from this.

Krill is the strongest human in the dragon ball Z universe I think he had a power level stronger than freeza correct me if I'm wrong.

Since the Inclusion of Dragon Ball Super Uub is no longer Canon, unless he appears again on the new manga.

In The Dragon Ball Movie Frieza Resurection whe see 2 pure humans fighting against frieza henchmen. Tenchinham and Krillin. Tenchinham has never stopped training in his life. While Krillin in fact took some breaks from it. He has a family now.

I will say that Tenchinham is stronger than Krillin.

Tenchinham was able to fight againts cell second form for a little bit of time.

Krillin might seem stronger, since he has seen more screen time than Tenchinham, but if both of them had to fight each other, Tenchinham extra eye plus dedication would be Krillins Downfall.

Krillin is the strongest human obviously; Akira Toriyama, creator of db, dbz, dbgt, etc. has stated this multiple times in the series. He posses the strongest attack in the series, Destructo Disk, able to kill anything. A fight with a Saiyan would've been over in less than one minute if Krillin had thought of it sooner. But then again where would be the suspense of the fight? Goku is the main character anyways so they gave him most of the credit. (A little too much in my opinion)

yes krillin is the strongest human ever, tien shinhan comes close to krillins power but krillins is still greater, the only pure human that was ever stronger then krillin was uub, after he was trained by goku in dragonball gt. but then when ubb he was fighting baby in dragonball gt he was about to die so majin buu (fat buu) fused with ubb and then he was known as majuub. after that he was no longer a pure human so krillin once again became the strongest pure human ever in the dragonball z universe.

Not the answer you're looking for? Browse other questions tagged dragon-ball or ask your own question.

4
Why can't Goku battle in space while the previous Sayans can?
1
What's the last episode Master Roshi appears in?
1
Is Destructo Disk one of the most powerful moves?
1
Human/Saiyan hybrid reproduction
4
Why is Goku's origin different between the Dragonball and the Galactic Patrolman series?
1
How is someone's “power level” determined in Dragonball Z?
3
What is the difference between the Legenday Super Saiyan form and the normal Super Saiyan form?
4
What happened to Shula after Dragon Ball and what happened to the golden blade?
1
Is the Grand Priest the father of the angels biologically, or religiously, or both?