I’m trying to figure out the name of the book series with kids who have electrical superpowers.

They were all in the same hospital when something short circuited in the wiring and it caused all of the babies to gain super powers which allowed them to all have some sort of control with electricity (neurons, electrical power, etc.). The main character thought he was the only one... until he found another girl who could control minds using electrical currents in the brain. They find more kids at a facility... that’s all I remember.

This sounds like Michael Vey: The Prisoner of Cell 25, by Richard Paul Evans. 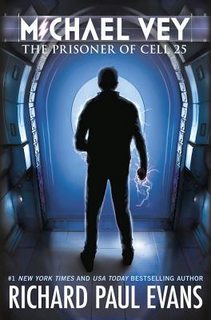 To everyone at Meridian High School, fourteen-year-old Michael Vey is nothing special, just the kid who has Tourette’s syndrome. But in truth, Michael is extremely special—he has electric powers. Michael thinks he is unique until he discovers that a cheerleader named Taylor has the same mysterious powers. With the help of Michael’s friend, Ostin, the three of them set out to discover how Michael and Taylor ended up with their abilities, and their investigation soon brings them to the attention of a powerful group who wants to control the electric teens—and through them, the world.

8
looking for early 2000's sci fi youth fiction set in future, kids have mental powers that let them simulate war
29
Who was the first super hero with super-speed powers in comics?
3
Kids TV show about 4 kids with elemental powers
8
Comic book about guys with powers that are hunted by society
3
Anime about kids with powers saving the environment
6
Book where a boy moves to a town where only young kids are superheroes
31
Collection of dystopian short stories: people eat a dog, detective hunts and kills kids, world where everyone is dumb