How does Lorca kill the Klingons on Corvan 2 in The Butcher's Knife Cares not for the Lamb's Cry?

In Star Trek Discovery S1:E4 The Butchers Knife Cares Not for the Lamb's Cry we see the Discovery receiving a distress call from Corvan 2, a mining planet that's under attack by Klingons.

Corvan 2 is a chief dilithium producer for Starfleet, and no other ships are close enough to help, so Lorca decides to use the experimental spore drive of his ship and zip right over.

There, Lorca commands the ship to kill the Klingons and save the Colony. It's not clear whether he fires phasers or uses another weapon.

How did Lorca kill the klingons? Drop a bomb n spore away or was it effects of spore drive?

My question is: How does Lorca kill the Klingons on Corvan 2 in The Butcher's Knife Cares not for the Lamb's Cry?

Since Hawkeye has requested me to answer I'll write one down.

In the Corvan 2 defense sequence of the episode "The But her Knife Cares not for the Lamb's Cry" it's clear that the USS Discovery leaves a cluster of devices behind when it jumps out on its spore drive to destroy the Klingon Birds of Prey.

In the sequence USS Discovery jumps in and destroys the first two birds of prey using its phasers. Captain Lorca orders a full stop and the ship sits still in the atmosphere over the colony absorbing Klingon fire depleting its shields.

Captain Lorca waits until the Birds of Prey are close enough for his plan to work, when he judges that they are close enough he makes the statement " Let's leave our Klingon friends a message they won't forget" and give the order " And Go".

The Discovery then enters a spore jump and once it has jumped we see briefly for 1-2 seconds 5 metallic looking devices left behind which explode destroying the Klingon ships. 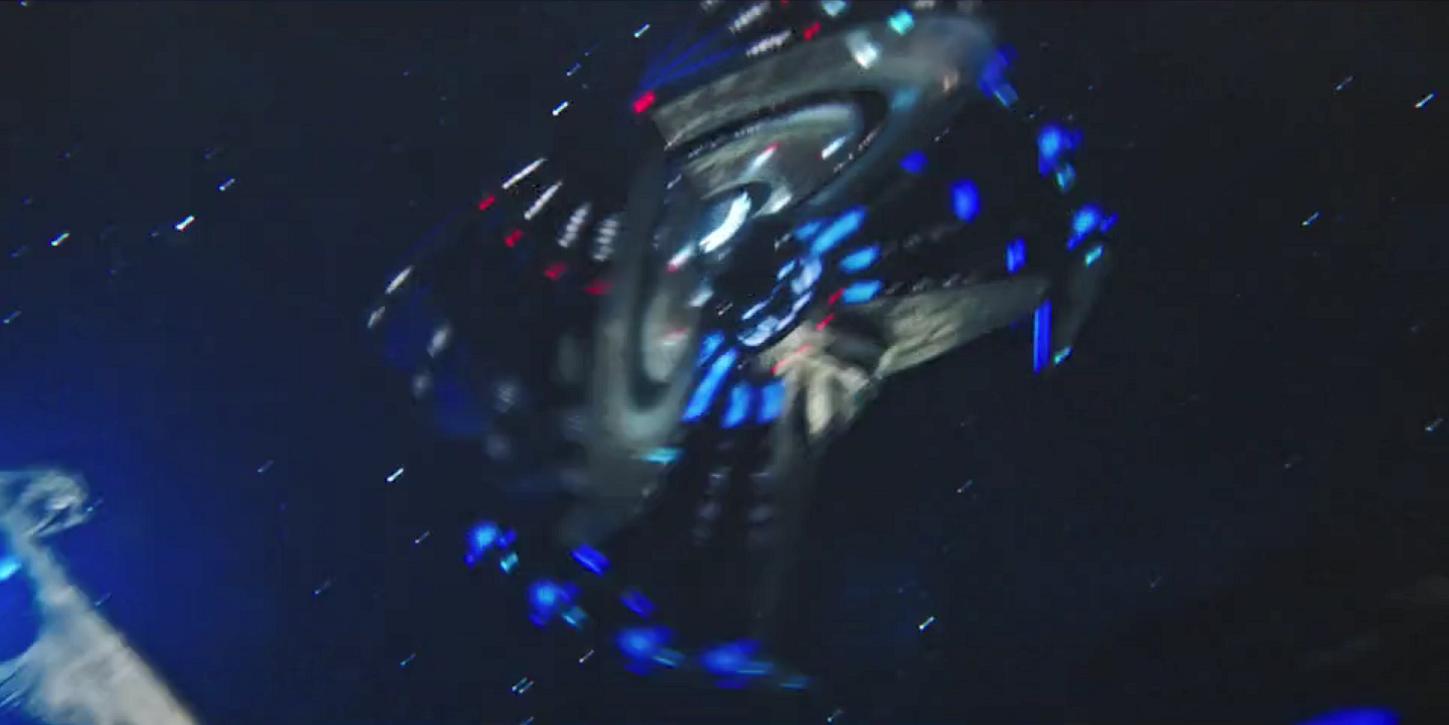 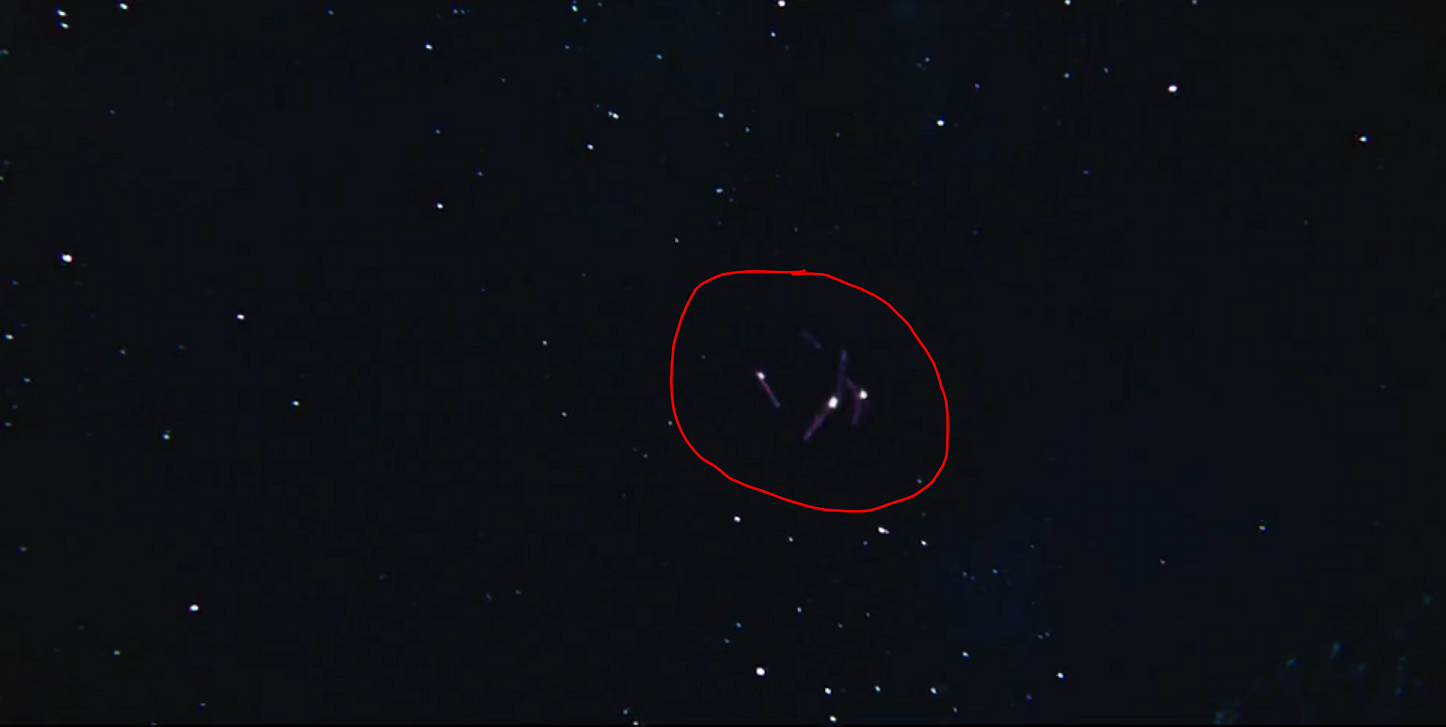 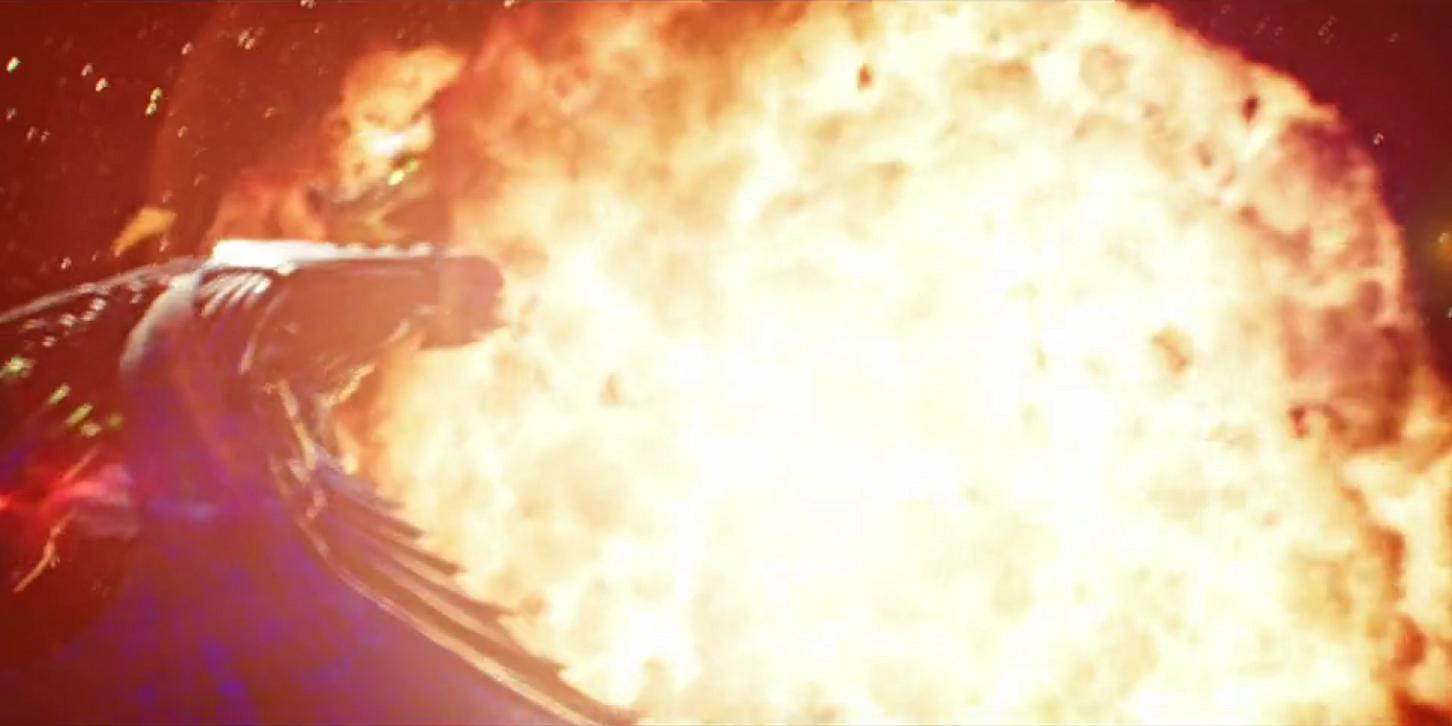 Not the answer you're looking for? Browse other questions tagged star-trek star-trek-discovery captain-lorca or ask your own question.

1
Is there evidence to suggest that Arne Darvin is from the House of Mokai?
10
Why does Captain Lorca still have his rank and commission after losing his ship, prior to being Captain of Discovery?
8
Why didn’t the Shenzhou use its self-destruct after the crew abandoned it in Klingon space?
11
If the Discovery contains an experimental spore drive, why doesn't it have a NX registry?
4
After the Admiral is captured by the Klingons, why doesn't Lorca immediately organise a rescue mission?
5
Is there evidence for a common ancestor between the Discovery's Tardigrade and Voyager's Nacene?
2
Is there evidence to suggest that the Klingons employ the augment virus as a subterfuge technique in Star Trek Discovery?
8
Can the Klingon Mind-sifter be used to alter a person's memories?
3
Why would the Federation leave a major strategic asset like Corvan II (40% of the Federation's dilithium) completely undefended?
12
Which universe is Commander Landry from?