In-universe explanation for why is the TOS-era Enterprise is more austere than the Discovery?

Since Star Trek: Discovery doesn't take place on the Federation's flagship, like in TOS, roughly 100 years before TOS and in the beginning of a war, it should be logical to assume that the ship's technology would be less advanced and more austere, preferring function over form. However, I see some examples of the opposite: 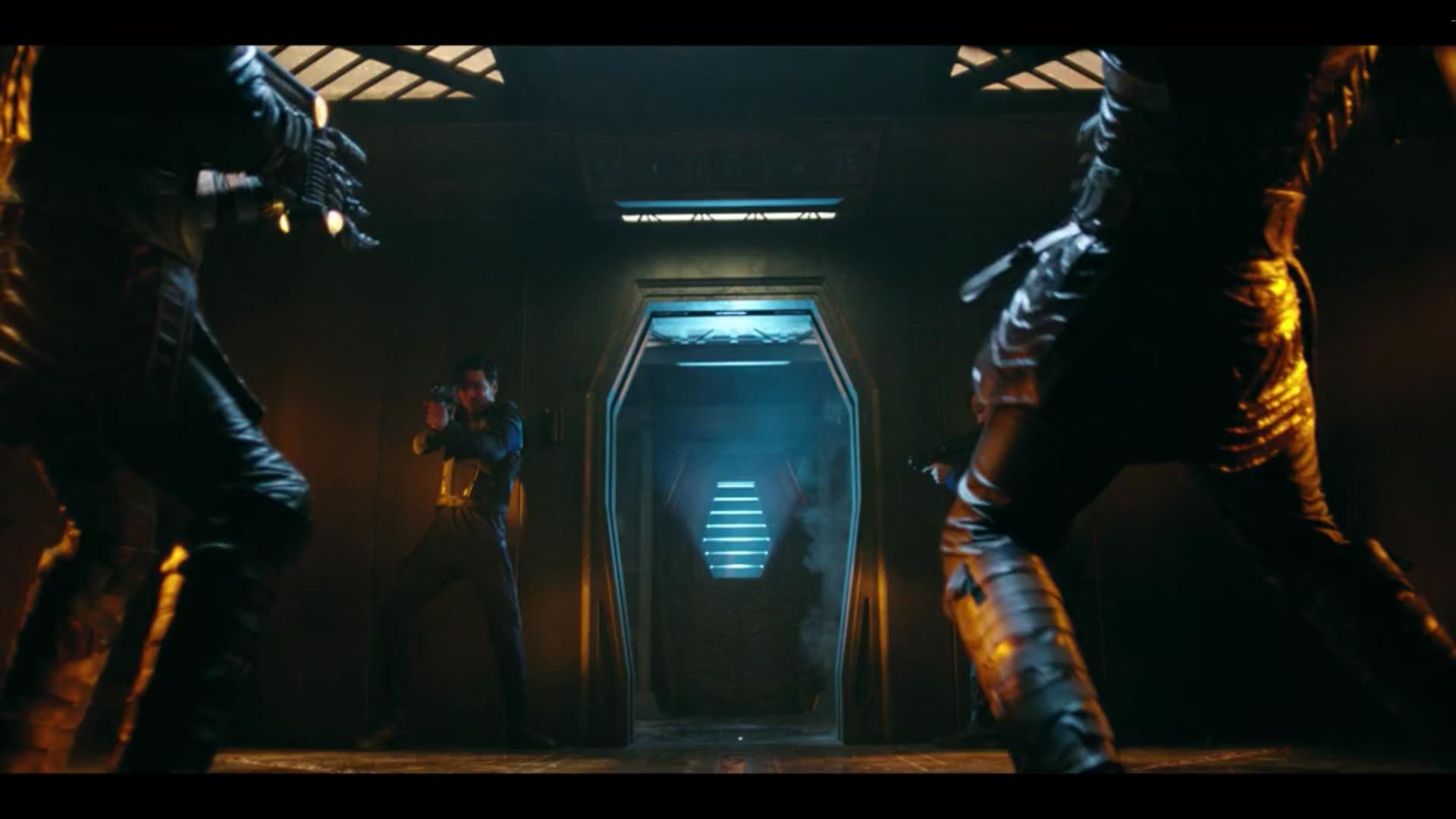 They have a functioning holodeck, while there doesn't seem to be one in TOS. 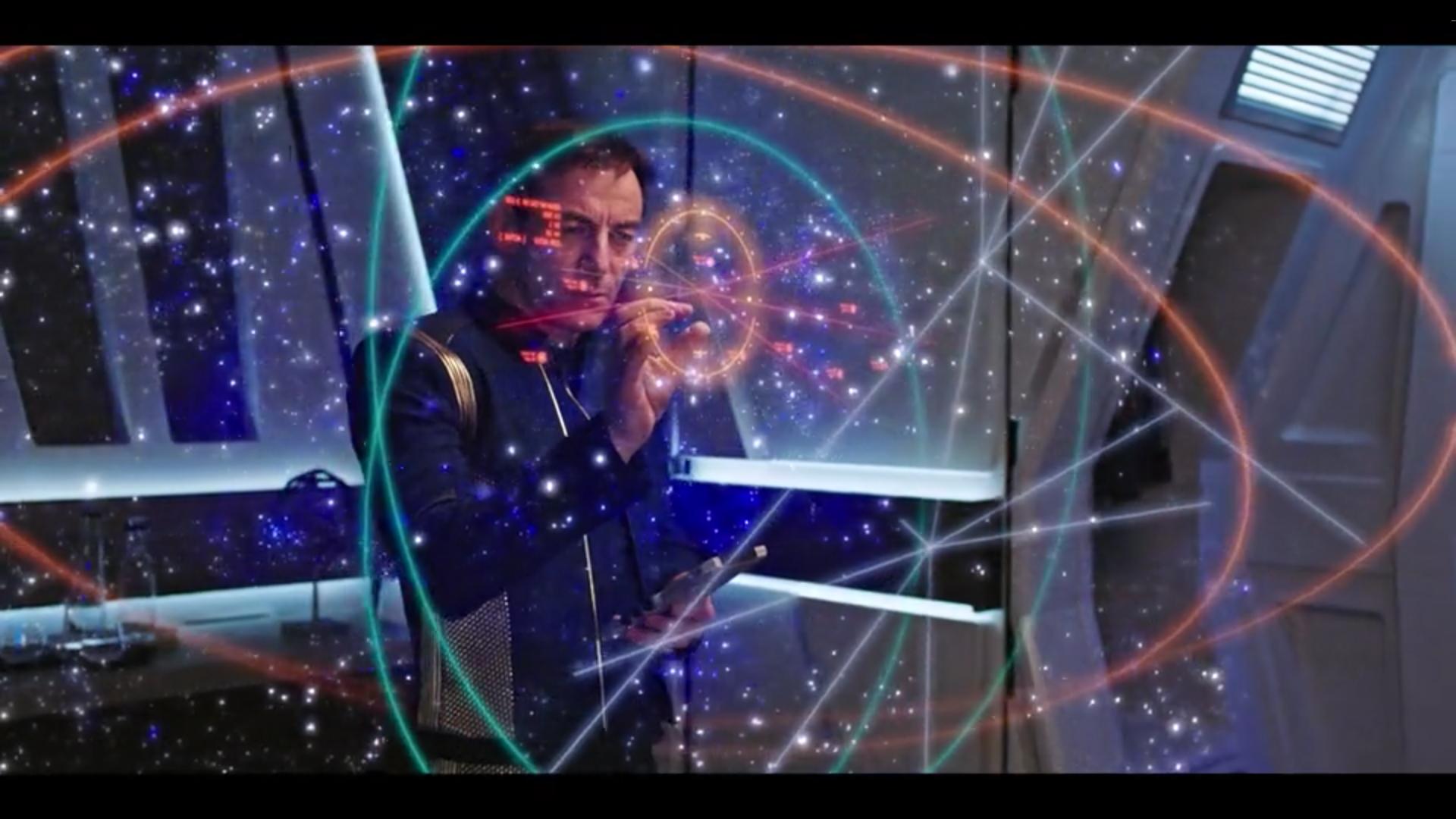 The officers on the ship are able to use holograms outside of the holodeck to assist with their everyday duties, like plotting navigation routes, while in TOS and further series it is mostly non-holographic devices. 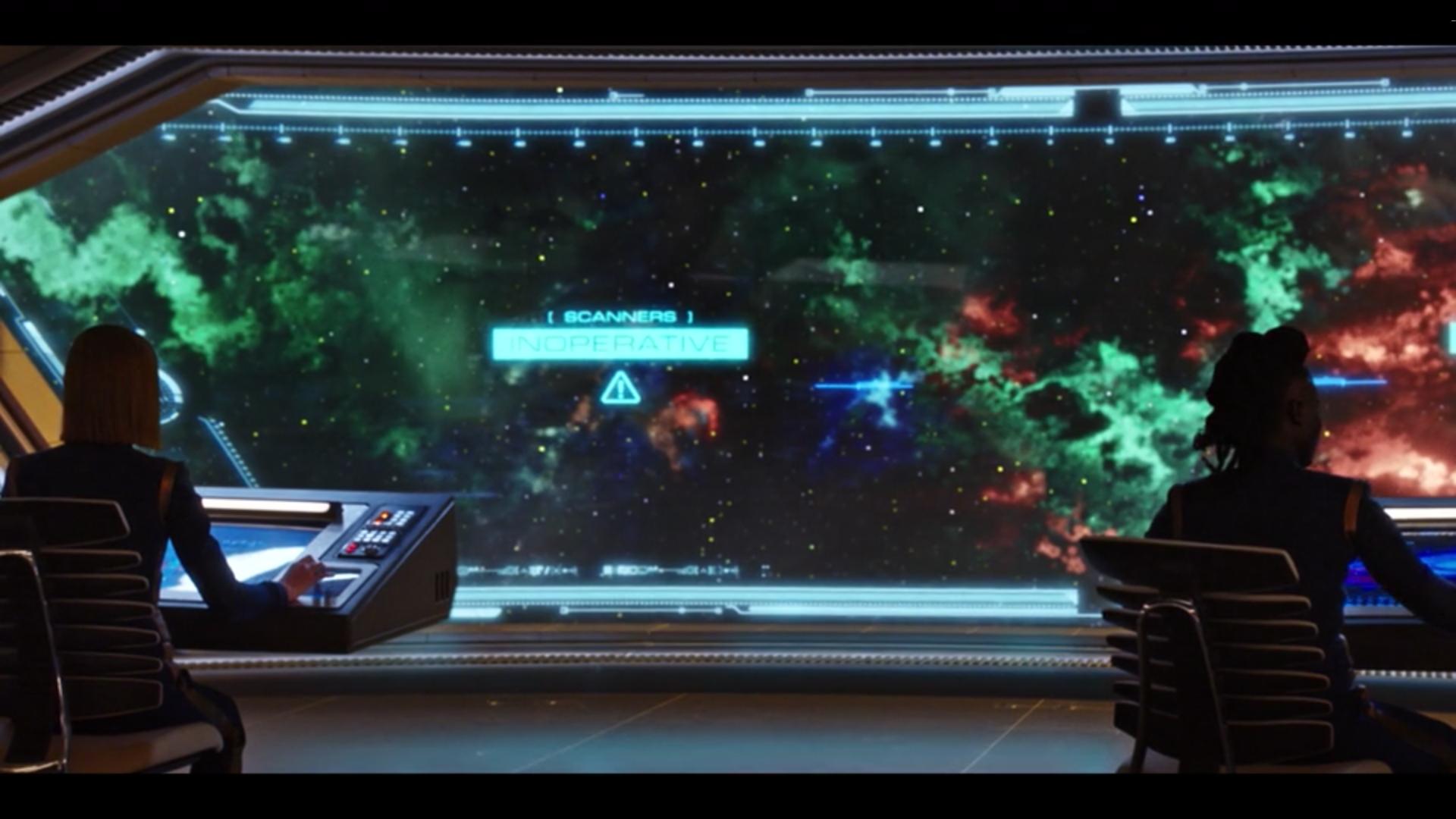 On the Discovery the bridge viewscreen is quite large and is enhanced with various tooltips. 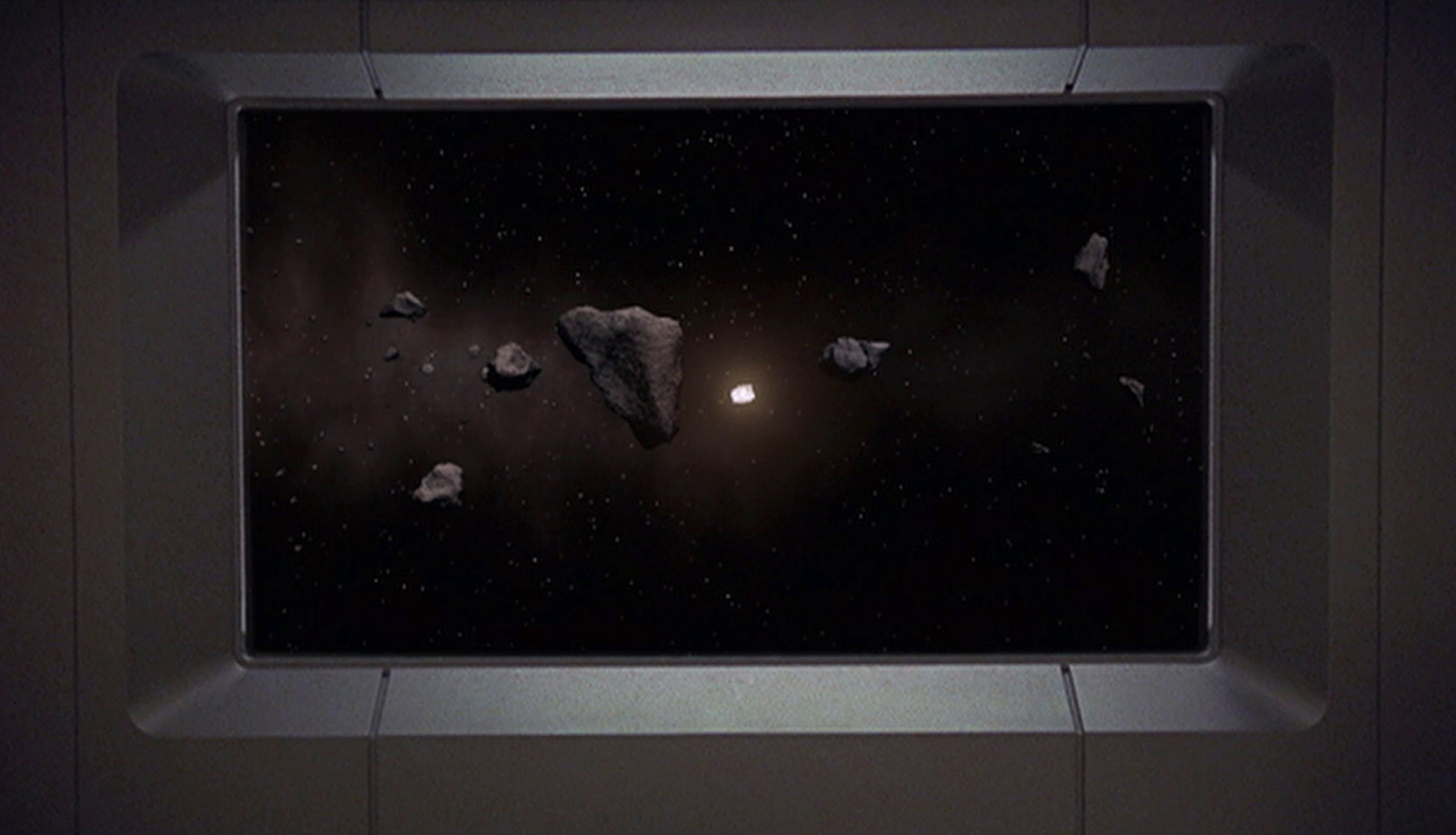 On the Enterprise it appears to be relatively smaller and just showing a plain non-enhanced view.

I understand that the real-world reason for that is that Discovery series were produced 50 years after TOS and there have been significantly more advanced special effects available at less cost. I'm interested in the in-universe explanation for that. Was that just a stupid fad? Were there some functional reasons?

In most cases, the best assumption to make is the same one for why Klingons look so different between TOS and the movies/later series. They always looked like that, they just didn't have the money to show it to us.

As is the case for all reboot / sequel / prequel shows, as technology and production values increase in the real world, the later shows are going to look "better" than the earlier ones, even if in-universe, the later show is supposed to be taking place at the same time, or even earlier, than the first show produced.

The best take is to assume that in-universe, the technology is the same, but the original series lacked the budget to portray it as it "really was". Look at the difference in the tech between the pilot and the first episode: the "lasers" became phasers, and the communicators got a lot more sleek. An in-universe reason for that isn't necessarily needed; you can imagine that the design from TOS is what they used in the pilot, and that the look of the tech in Discovery is what the tech should look like in TOS.

If they could do it cheaply and well, and they thought they could get away with it, I'd bet Paramount would CGI-update the props and the look of the series, as opposed to just the special effects.

And BTW, the original Enterprise DID have a holo-deck, it was introduced in the animated series episode The Practical Joker. The animated series also featured more alien races on the bridge drew, because they weren't limited by makeup technology or budgets. It can be assumed that they didn't just pop into existence after TOS ended – Mr. Arex may have been part of the crew, but only promoted to bridge crew later in the five-year mission.

A few explanations have been offered on the show, mostly in season 2.

During discussion of the repairs to the Enterprise in "An Obol for Charon" it is noted that one of the most problematic areas is the holographic comms system. Pike tells his engineer to rip the entire thing out and go back to 2D display screens. That may also explain why the bridge viewscreen on the Enterprise is 2D and smaller; it could be a retrofit, a temporary repair even that became permanent.

Enterprise may actually be older than Discovery anyway. It is mentioned in Project Daedalus" that it sat out the Klingon war, far from Federation space, to provide continuity in case the Federation was destroyed. As Discovery was relatively new at the start of the war, an experimental ship with a spore drive, it seems likely that Enterprise is older.

The Enterprise's mission may also explain some of the differences. As a deep space exploration vessel it may have been designed to be more "robust" and easier to repair in the field. Ships of that era don't seem to have replicators, except perhaps for food, so a high tech ship full of complex technology would probably be more reliant on starbases for maintenance.

Which brings us back to the on-going repairs being made to Enterprise during season 2, which seem to involve ripping out problematic new technology that was fitted to it. Being cutting edge has some disadvantages.

The most simple answer is fashion. To us, the TOS ships and props look primitive and STD more advanced, but how things look is just a matter of style.

Between the two series, you can imagine the rise of a trend to more austere looks (and more comfortable payama style uniforms).

And really, those see-through holograms are a terrible UX.

There is no in-universe explanation. It's just that you have to assume that the Enterprise similarly looks more advanced than what you saw on TV in the 1960s.

Technological progress has been "retconned" into the continuity. The Constitution class viewscreen is considerably larger than the old series.

Not the answer you're looking for? Browse other questions tagged star-trek technology star-trek-discovery or ask your own question.

38
Is Star Trek: Discovery set in the original or the Kelvin timeline?
2
Has this ever been shown in the Star Trek before?
5
How does answering a call from the bridge in Star Trek work?